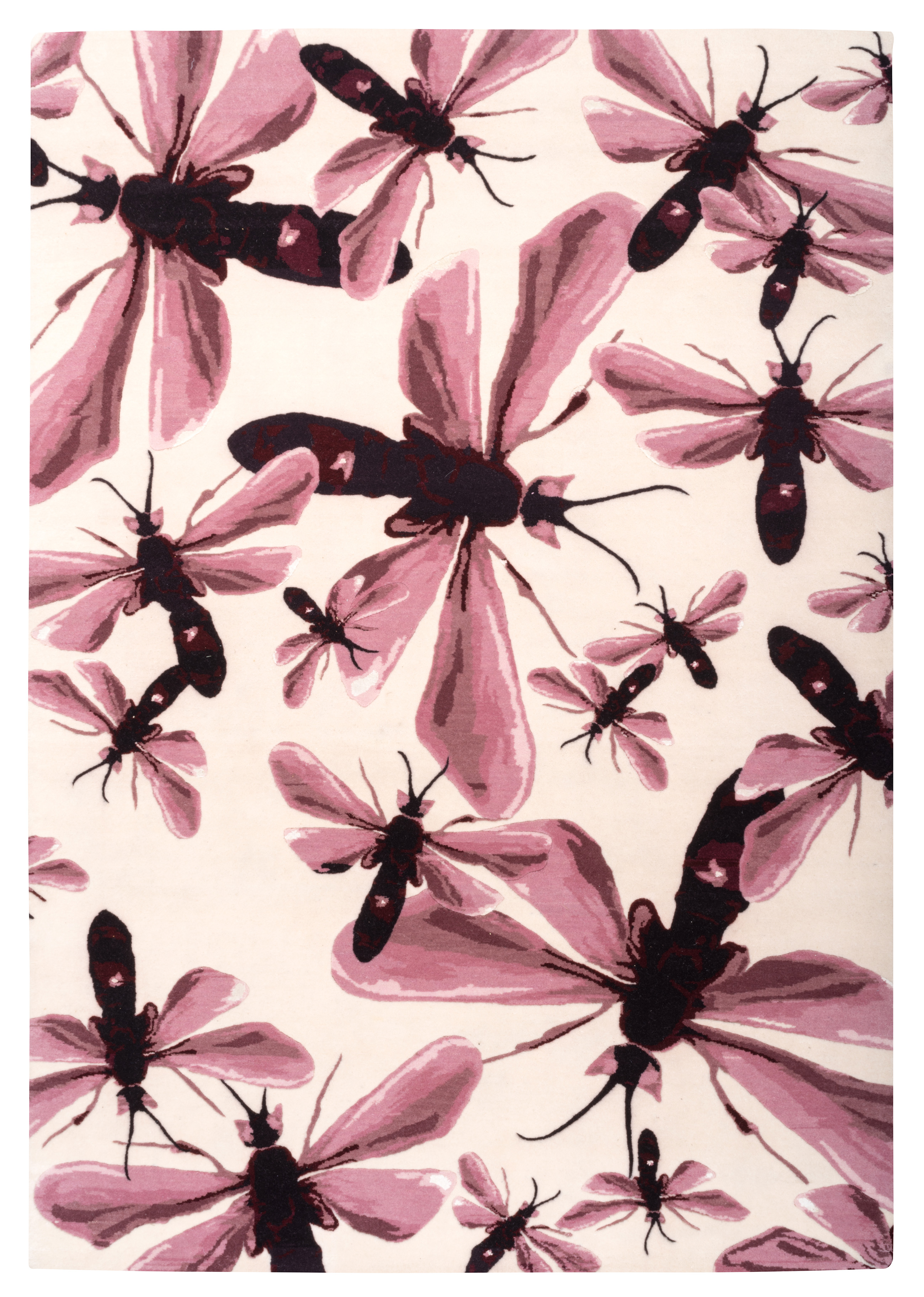 FLOOR_STORY have been shortlisted for a Flooring- Carpet/Rug award.

design et al are delighted to announce that FLOOR_STORY have been shortlisted in the Flooring- Carpet/Rug category of The International Product Design Awards 2015.

As part of a celebration of the world of natural flight, Thawk by eve spencer for the FLOOR_STORY Designer Rug collection captures the mesmerising and vivid colours of the Tarantula Hawk, one of the world’s largest wasps. Through hues of purple and playing with scale to create layers reminiscent of a swarm that appears captured in time, irrepressibly peaceful and graceful, eve spencer has managed the fine act of turning the fearsome into the beautiful, realising a piece of art translated into an exquisite soft furnishing.

Crafted from 100% wool by the world’s most skilled weavers, each rug can take up to 12 weeks to make, demonstrating the intricacy of its construction. Available with documented history and a certificate of provenance, Thawk is limited to 20 editions. eve spencer is regarded as one of the best pattern designers around today, with creations from the quintessential to the avant-garde. Core to the philosophy at eve spencer is the notion of ‘distinction’, the idea that design and product will be of the highest quality with concepts that challenge the soul. With the expertise of FLOOR_STORY, eve spencer has been able to ensure the three-strong flight series breathes this philosophy, inspired by one of nature’s greatest wonders.