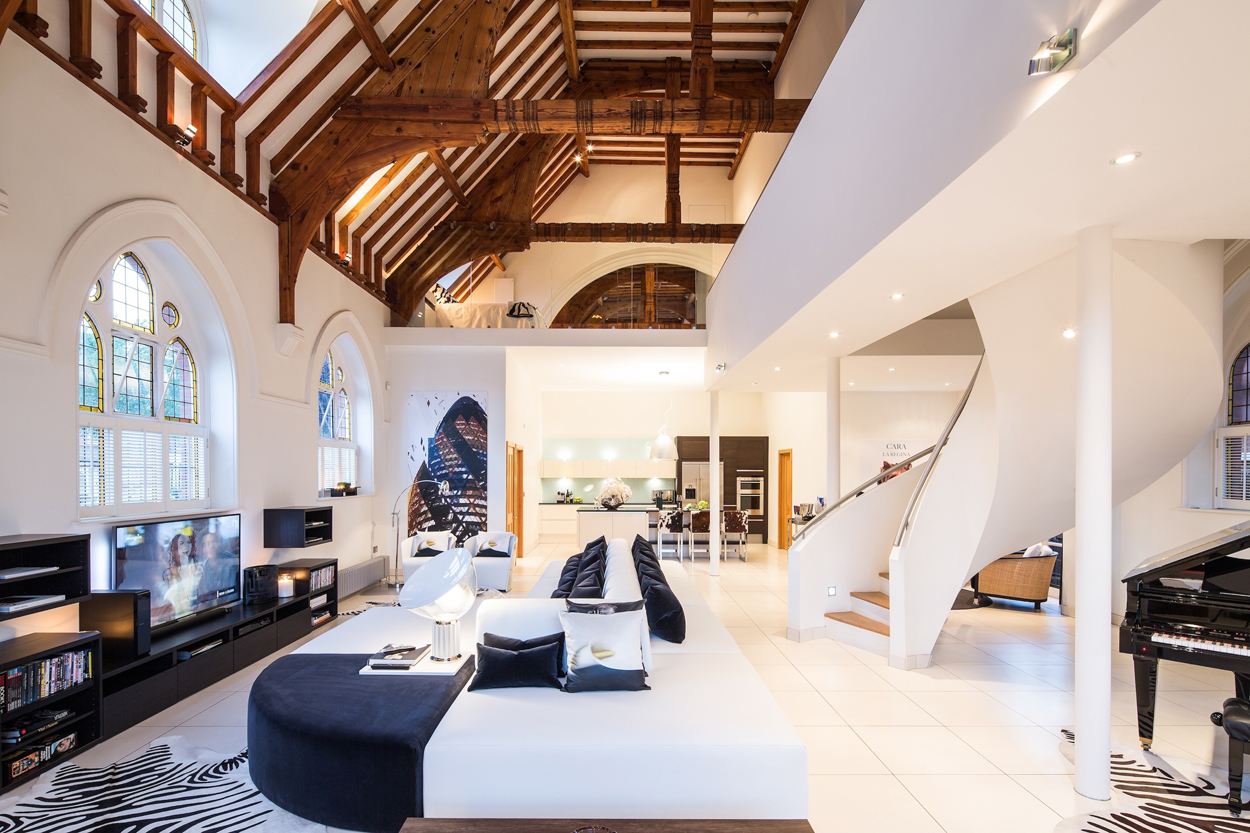 The project is an architectural conversion of a church located in London was made in 2005 by a local company, then at the end of 2013 Gianna Camilotti of Gianna Camilotti Interiors purchased it for herself. This Grade II listed property, (dated 1890) is in fact her home and office and it is, at the same time, an expression of all she had dreamed about a space to work/live in.

“As an Interior designer, I often have to deal with limitations while working for a client as evidently I have to adapt the project to their taste and needs. In this case, I didn’t have any limitation and therefore I felt completely free to do whatever I had in mind” explains Gianna.

Gianna has a degree in Fine Arts so, when she started working on her project, she related the sensation of doing a house to the sensation she has when throwing colours on a white canvas! The church was (despite having its magnificent architecture as a frame) a white canvas: when she moved into it, all it had was floor, stairs,  walls, ceiling, and not a single piece of furniture.

From the start Gianna Camilotti, had in mind a house that wouldn’t  be only beautiful, but also the perfect place to work and have fun. A house spacious enough to work comfortably with her staff, and then, would have its doors open to  friends to enjoy cosy dinners and cocktail parties in an atmosphere of  a London piano-bar.

Gianna goes on to explain “I had enough space to separate the working area from the living area, but my choice was to integrate them. It just followed my view that we should have fun even when we are working, so… the digital grand piano has a self play system and it is often “on” during the working hours.”