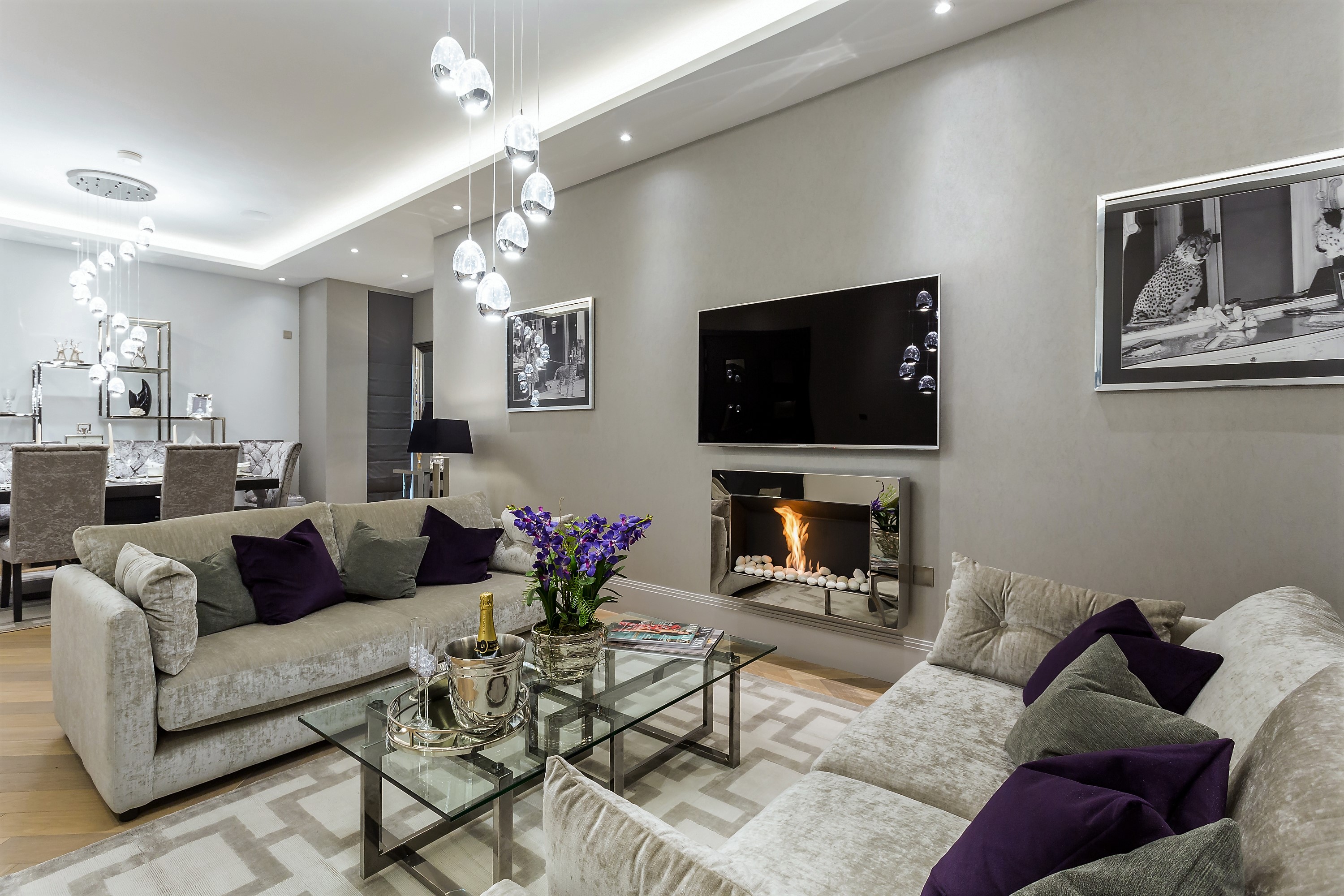 design et al are delighted to announce that Harvard Knight have been shortlisted for Interior Design Scheme – UK Award within The International Design and Architecture Awards 2018.

The design brief for Knightwood Court was to create an interior based on what is acceptable to the locality of the development, that of Hadley Wood, an affluent area on the outskirts of London. After much deliberation and numerous design concepts, the final idea was developed to bring together a look that would appeal to the five-star lifestyle and those looking at the highest levels of luxury. The importance of this was heightened due to similar developments in the local area which were also trying to achieve the similar overall design and ‘look’. To achieve this a critical requirement was attention to detail, but also some creative thinking to make sure Knightwood Court stood out from the crowd.

The colour scheme for the design project was monochromatic. Natural wood effect floor tiles, Calcutta polished marble and black marble stone set against the freestanding bathtubs comes together with the white lacquered kitchens and black marble effect island. Anastasia Nicholas, the in-house interior designer for Harvard Knight, felt that going for this style scheme gives the apartment a polished, slick look but more importantly gives a consistency to all the apartments throughout Knightwood Court. For Anastasia, her favourite part of this project was its early stages, a time where her creative passion truly came out. This time included the creation of mood boards, the collection of different materials but also the more mundane but important tasks such as the cost and budgeting of the project.

The furniture was chosen for style and quality but also to acknowledge that when carrying out this project it was important to stick to the budget. The furniture therefore heightens the feeling of a five-star boudoir hotel, but a feeling it is a lived-in home. The addition of other pieces of furniture such as a mirrored biofuel fireplace brings cosiness and homeliness to the apartment. While contrastingly the basin in the Guest WC acts like a sculptural piece of art bringing a feature to even the smallest room in the apartment.

The design is deliberately unobtrusive, emphasising practicality and style over ‘of the moment’ fashion. Unlike many other developments a principal aim of this design was to also emphasise the spaciousness of each room in each apartment. All rooms have underfloor heating and alongside high ceilings and wide-open and outdoor terracing. Furthermore, to add ‘layers’ to the apartment a mixture of fabrics, finishes, materials and textures were placed across different areas of the apartment through different aspects (furniture, wallpaper etc). Thus, the overall feel is that of a synthesis of different thoughts, textures and tastes which at first establishes a lavish rich pallet but then quietly mutes its eccentricity through the juxtaposition of the monochromatic colour scheme in appreciation of a space for day-to-day living.