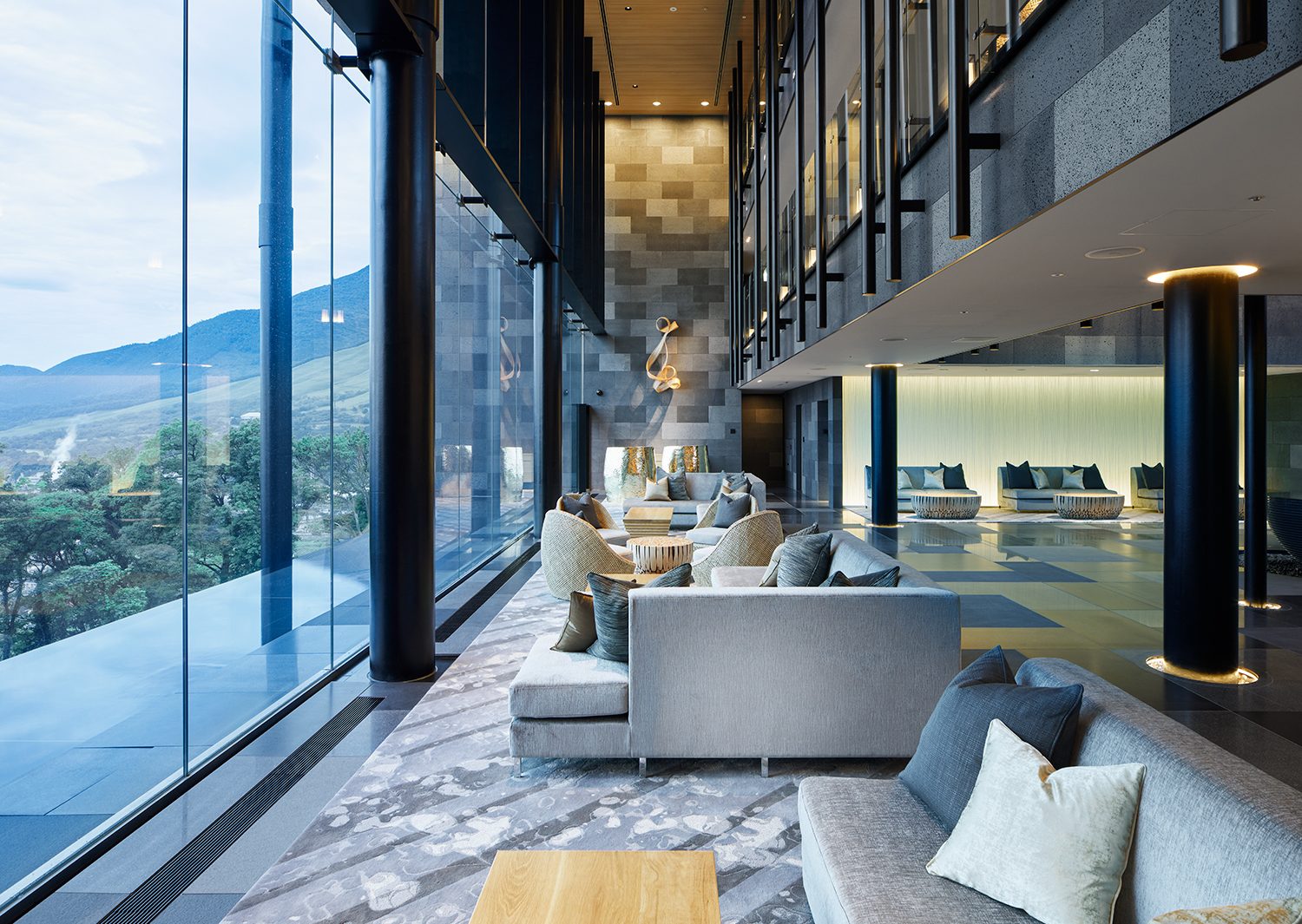 ANA InterContinental Beppu Resort & Spa is located on a hilltop in Beppu, Ōita-Prefecture – overlooking the Beppu Bay and Beppu city with a hot-spring steam rising. Described as an “onsen-hot-spring-spa resort”- a unique resort of its nature.

With a fusion of traditional Beppu’s onsen and a Global resort, it employs a mix of Japanese traditional materials and craftsmanship, to achieve what cannot be created elsewhere. A forest is utilized as the theme in the Public area, where you see various spaces when you walk through the trees as the scenery changes step by step as you walk along. There are various pieces of Japanese craftsmanship throughout the hotel, examples are a bamboo art and an Onta-yaki pottery, both traditional methods were expressed in the development.

An onsen bath has two types, the first is the natural space with sculptural Kakeyu rock, the other being a serene space with Hinoki bath frame and a picture window. The idea was to allow guests to “feel purified with their soul”. With a roten outdoor bath overlooking the Beppu bay under the unique umbrellas and the powerful Beppu rock work, guests can energize their body and spirit with cherishing natural bliss and artisans’ craftsmanship. Woven bamboo – an ancient skill, is a special artisan skill in Beppu. Local artisans were asked to use their special skills into the designs, creating exquisite pieces such as the feature wall that can be seen in the lobby bar, a lobby artwork and a spa-treatment room partition.

Onta pottery is a secret pottery art handed down only from father to son. An artisan collaborated and succeeded in creating a beautiful basin into the hotel. The view from this hotel is also kind of special. At Beppu, it is the largest hot springs in Japan, when cloudy, this creates an illusory atmosphere, with a “paradise above the clouds” feeling.