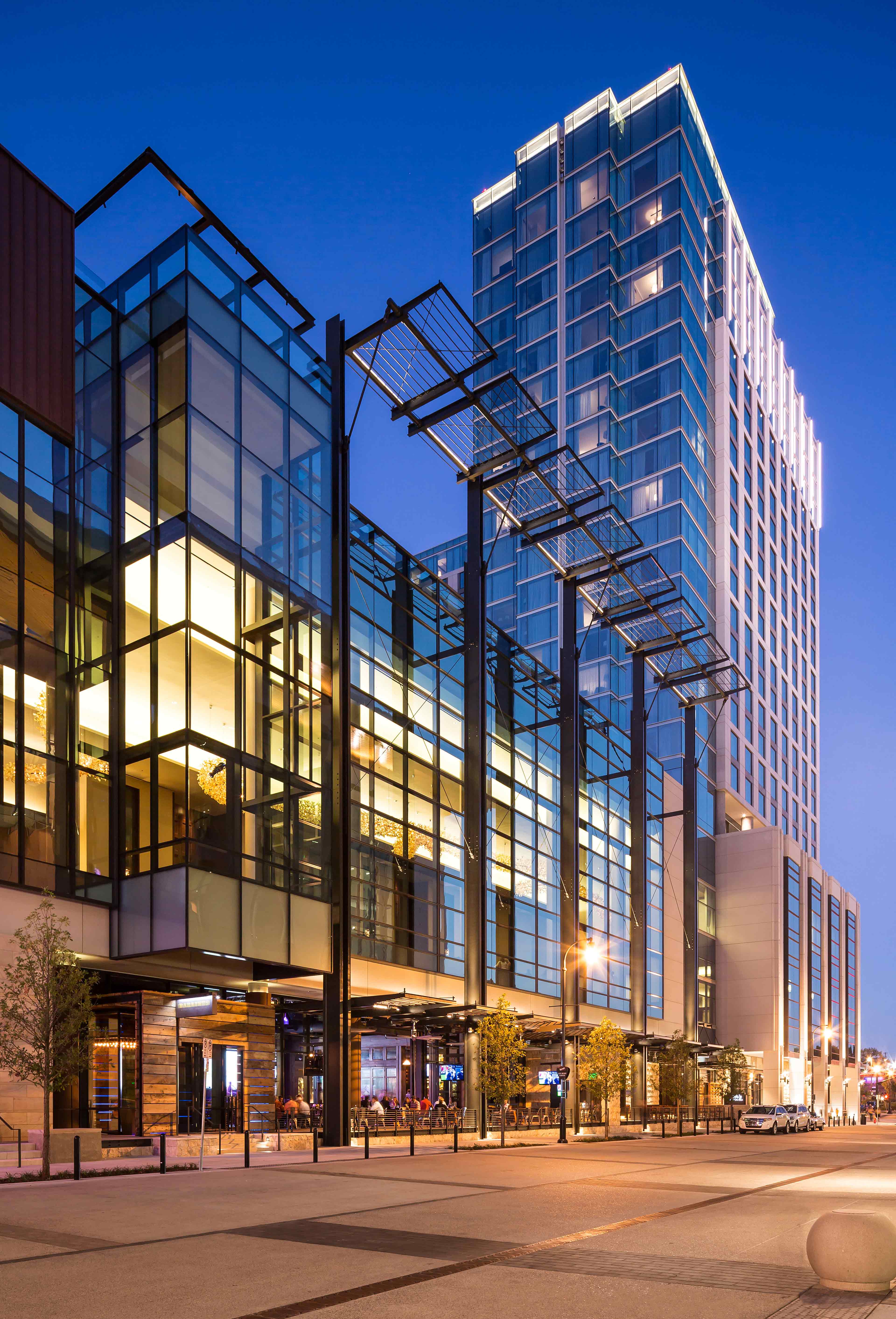 HKS, Inc. have been shortlisted for the Hotel Design Award – North & South America in the International Hotel & Property Awards 2014.

The Omni Convention Center Hotel design captures the distinct culture and character of Nashville and its music-centric culture, respecting the past while creating a modern expression. To embody the raw and honest character of the city, the design incorporates natural and regional materials and exposed steel. The 21-story vertical tower serves as a beacon and landmark to the Music City Convention District. HKS incorporated energized streetscapes, designed with a strong sense of human scale, to provide an extension of pedestrian characteristics found in the nearby Entertainment District.

The hotel is fully integrated with a 200,000 square-foot expansion of the Country Music Hall of Fame and Museum on three levels. An internal pedestrian pathway provides a seamless connection from the hotel to the Country Music Hall of Fame expansion; situated along the pathway are Nashville-inspired restaurants and retail spaces.  This project strongly reflects its time and place, conceived in a responsible urban manner to engage, interact, extend and enhance the existing public realm.

The project takes its cues from the city’s urban fabric by incorporating grand sidewalks, native landscaping, vintage lighting and pedestrian-oriented building façades.  The hotel is an early commercial success:  with more than 395,000 room nights already booked comprised of more than 450 meetings and conventions contracted through 2024, the Omni has proven early that there is robust interest in Nashville as an attractive destination.