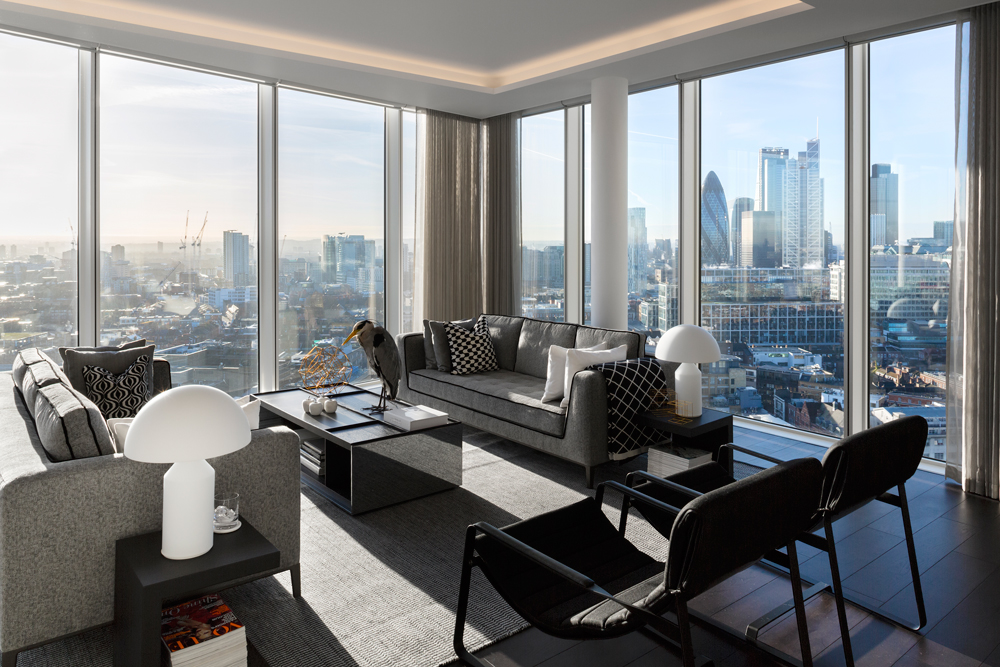 Honky Earn Their Third Place On The 2015 Shortlist

Honky have been shortlisted for the Residential £2.5 – £5 Million Plus (Project Value) award in the International Design & Architecture Awards 2015

The Penthouse at Avant-garde represents the collaboration between Christopher Dezille and client, which quickly resulted in a merging of minds to produce a fantastic combination of quality and style, creating fusion of unsurpassed sophistication with a bite. The location of the Penthouse on Bethnal Green Road, literally on top of Shoreditch Station and Box Park, is at the very epicentre of East London’s vibrant creative community.

The brief was to create an interior to reflect this diverse cultural backdrop, started with the interior space planning. In this largely open plan space, the interplay between spaces, the hierarchy of rooms and how the volume of space was divided up was a crucial part of the success of the completed design. Originally planned as a three-bedroom property, the originally planned spaces, felt extremely restrictive, the spaces felt pinched and confused. By starting again, reconfiguring the internal walls, and loosing a bedroom, the team were able to create a space, which felt all together more cohesive, more evenly proportioned, that had balance and flow.

The zoning of the spaces to create clearly distinguishable Formal Reception, Snug and dining area’s became simple, as the volume of the spaces relaxed and had space to breathe. Bold colour, and metallic finishes have been used as feature pieces of furniture to punctuate the grey scale tonal palette, and to give the interior its identity.