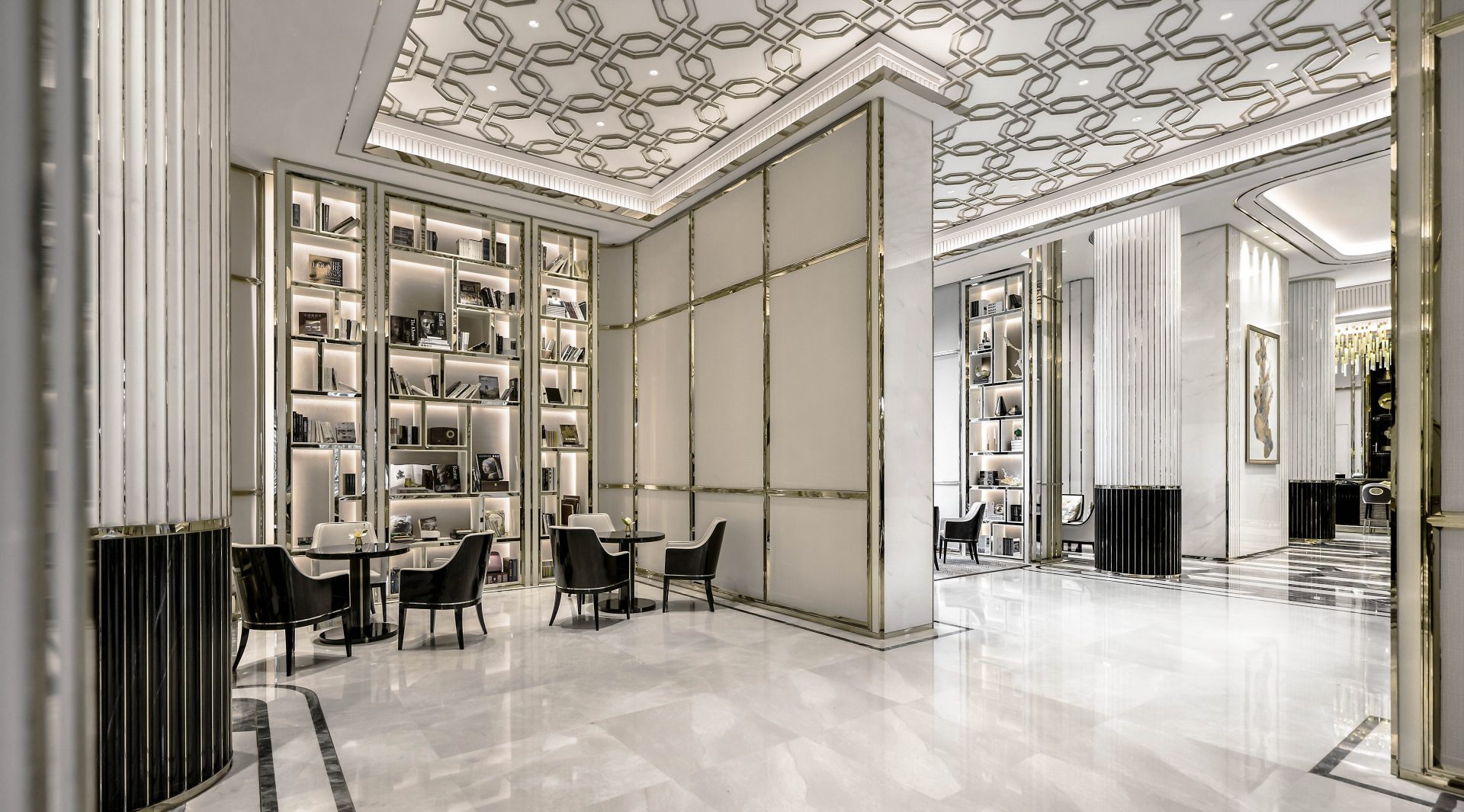 design et al are delighted to announce that HWCD have been shortlisted for Lobby/Public Area – Global Award in The International Hotel & Property Awards 2019.

Suzhou Huafa Sales office is located in the old city centre of Suzhou, China. The advantageous location gives a fusion vibe to this project and the designer absorbs the original inspiration from the geographical aspect. However, there was also a great challenge within this initial design thought. Since Suzhou was an old city in ancient China and has always been a traditional and conventional city especially in the old town area. However, the designer aims to present a modern space to show the lifestyle of people nowadays. The design team decided to add art deco elements into the sales office. Art deco style involves many line patterns and geometric shapes, which can help to create a cubical space. The interior design applies to these elements into the space like the vertical lines on the Roman column and the symmetric graph on the ceiling.

In regards to using many complex patterns, the design team chose only black and white as the dominant colour in the space. Using natural white marble as floor and the wall, then the furniture inside sales office is predominately jet black and reflecting material. The black and white creates a very sharp, visual contrast in the inner space which presents a modern style. With the golden line decoration on the wall, the entire space atmosphere reveals a cutting-edge lifestyle that people pursue nowadays. The soft decoration (especially the huge artistic chandelier), is also coherent along with the modern design. The whole idea is aiming to express the modern lifestyle by art deco iconography.

The key aspect of this project is to express modern lifestyle with simple design technique. Through using only black and white to create visual contrast, the entire interior design illustrates modernism; the design technique totally combines the modern lifestyle into the sales office. The designers added many lines and geometric graphs into the space, it was necessary to keep the colour tone simple and low key. Thus, only use black and white was used to present modernism and then adding golden lines on the wall also helped to increase space layer. The project fits into the wider environment as the sales office is located in the city centre of Suzhou, which is an old town blend with modern vitality. In addition, the interior design of the project illustrates the modernism with very simple technique.