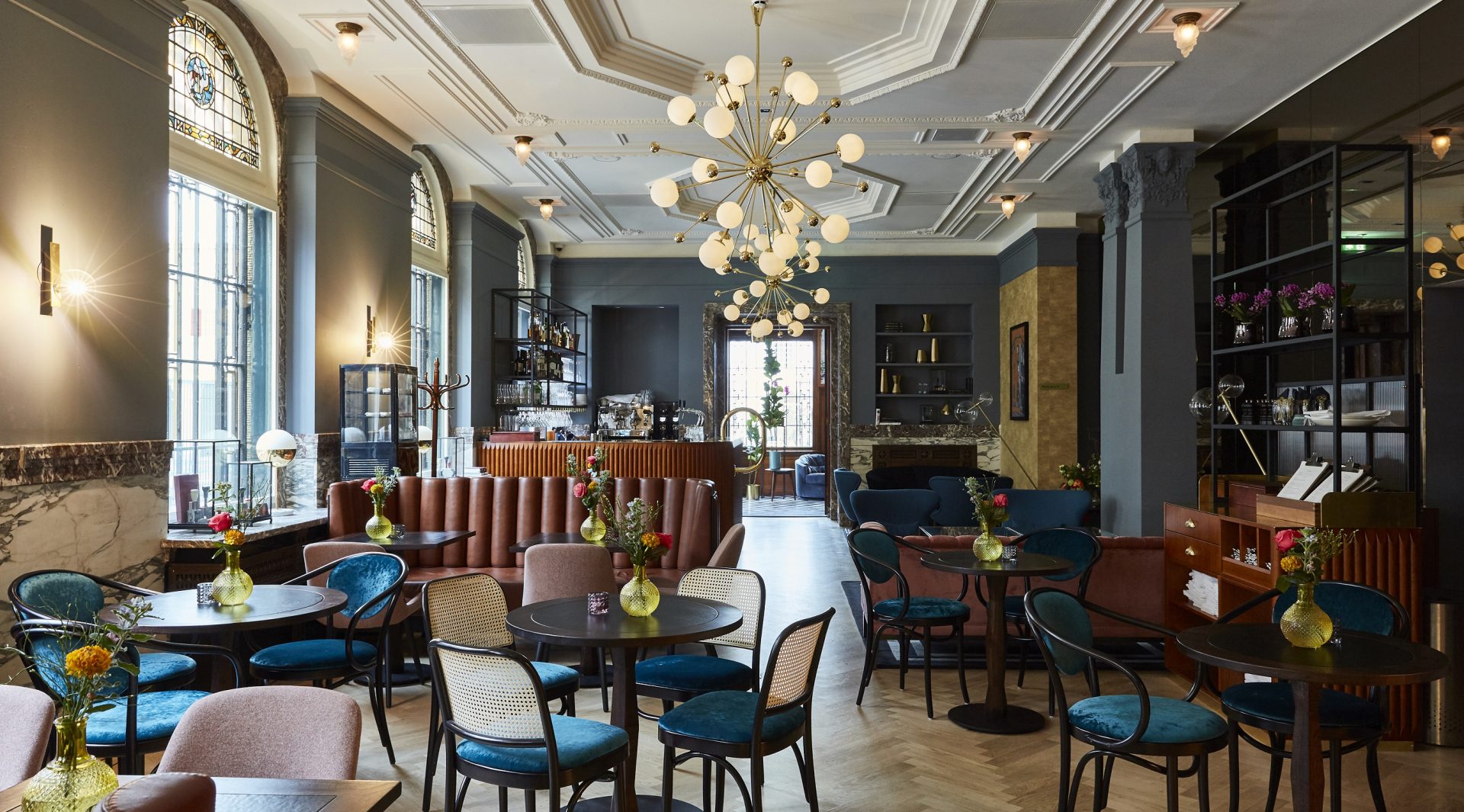 design et al are delighted to announce that IHG / Hotel Indigo The Hague have been shortlisted for Restaurant Within A Hotel – Europe Award in The International Hotel and Property Awards 2018.

This project involved the conversion of a listed bank situated opposite the Dutch Royal Palace of The Hague into an upscale boutique hotel. The hotel had to bring to life the sense of prestige and power that is evident in the political powerhouse that is The Hague. Home of the Dutch parliament, and being situated opposite the Royal Palace, meant IHG needed to create a building that felt rich, grand and impressive, whilst also creating an environment that welcomed guests and most importantly locals. IHG wanted to create a space to impress and be seen, without the stuffiness or formality.

The hotel is heavily listed/protected and is full of some very difficult design details. For example, the basement has some enormous bank vaults that are practically impossible to move, as such rather than fight these elements we embraced them and turned them into the aptly named Gold Bar speakeasy. No two rooms are the same shape, and many of the rooms have original safes in the rooms. In the rooms without original safes the designers actually recreated their own interpretations of the safes and installed minibars in them, which act as a real focal point to the rooms.

The beautiful panelling on the office walls was disassembled so it could be used to create headboards. Cabinets and steel doors were re-used, especially in public areas where they would have the most impact. Old doors from the cashiers were transformed into tables. Although the designers had the most wonderful materials to work with, it does limit what’s possible. The hotel design works so well as it’s a perfect blend of the super contemporary and classic, the design acknowledges the buildings past, whilst being very modern and appealing.

The interior design feels as if it has always been this way, and blends seamlessly into the historical surroundings of both the building itself and historical city of The Hague. The hotel is opposite the Royal Palace, so that sense of grandeur and prestige was key here. The use of premium materials such as brass, marble, stained glass and rich woods really help to bring that heft that is tricky to define and even harder to recreate.