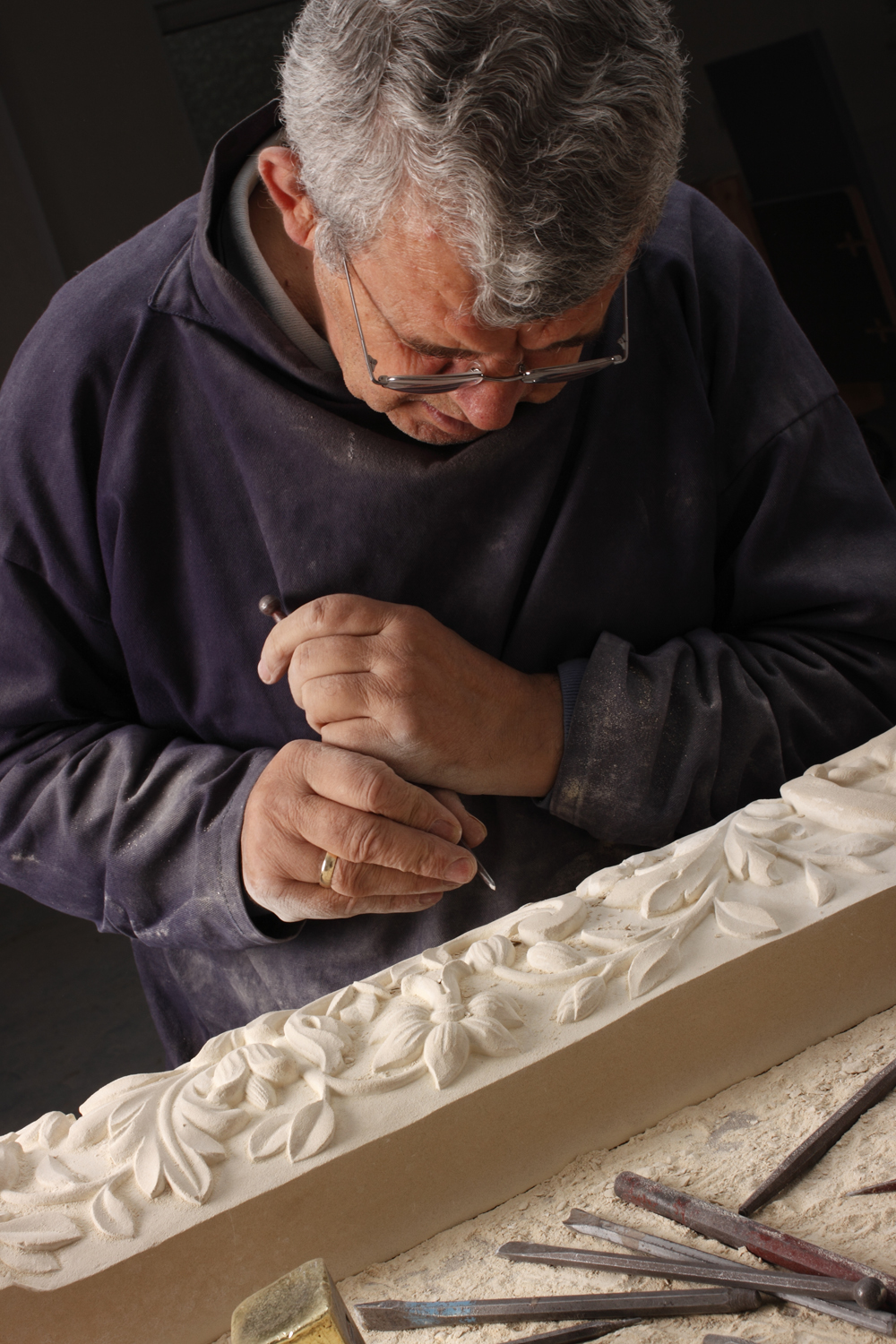 To Become a Member of the Design Society please email: enquiries@thedesignsoc.com

In the 1890’s Henry Rotherham (Great Grandfather to the present generation of Rotherham’s in the company), worked as a mason on the Cathedrals and Churches of South Yorkshire. He became the founder of what is now one of the oldest and most respected stone masonry companies in the United Kingdom.

Having joined his father as an apprentice in 1927, Joseph Rotherham senior learned the traditional crafts of stone masonry until he went to serve with the Eighth Army anti-aircraft division in the Second World War. Returning from the war he settled in East Yorkshire and built a reputation as a first class craftsman. In 1973 Joe Rotherham junior joined him and began to expand the company; especially developing its technology base, now globally one of the largest and most advanced in the industry.

Over the years our expertise has been put to use on projects such as fireplaces for Spencer House and Gieves and Hawks, extensive marble work for Celtic Manor Hotel, robotic carving for the Chiswick House Venus de Medici, limestone bathrooms for Victoria and David Beckham, inlaid marble work for a villa on the Cap d’Antibes and a host of other quality work for prestigious clients.

Over the years J. Rotherham has established itself as the trusted national leader in interior and architectural stone products, and we are proud to bring you our latest collection of beautifully designed, expertly crafted fireplaces.