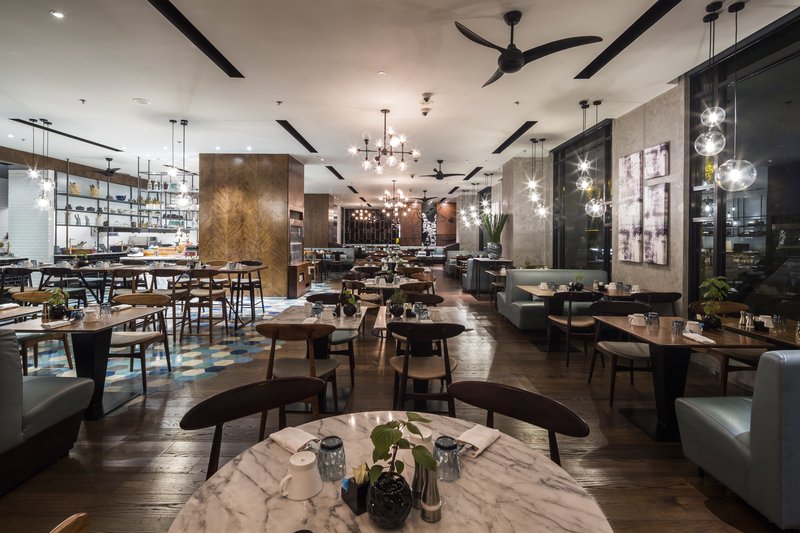 design et al are delighted to announce that KAZE Vietnam have been shortlisted for Restaurant Within a Hotel Award in The International Hotel and Property Awards 2017.

KAZE Vietnam were given the design brief of ‘Wanderlust’, creating a memento of discovery and wonder within the Viet Kitchen, a restaurant based in the heart of Saigon, Vietnam within the Renaissance Hotel. Since KAZE finished the project, it has become the talk of the town with tourists and local people alike visiting the restaurant to see the historical and bold design features which KAZE implemented.

Marriott’s Renaissance Hotel launched a new design strategy worldwide in 2016. KAZE took up the challenge. An upgrade was strongly needed within this hotel, which was clearly evident after over 20 years of neglect. It was difficult to see what could become of the existing premises. Space was limited and all the function that is required of today’s design guideline was a challenge to fit in.

What KAZE developed within the next 4-month proved to be a new beginning for the old hotel. They made the design reflect the complexity of today’s Saigon. Edgy and bold, and a mixture of new and old, echoing the many different sides of Saigon. Art that defines a ‘New Saigon’ is used throughout the project, making the restaurant more fearless and bold within its design. The brief from the Renaissance head office was adhered to, however KAZE Vietnam took it upon themselves to make sure that Saigon was truly seen within the design, telling the story of Vietnam, the past, present and the future.