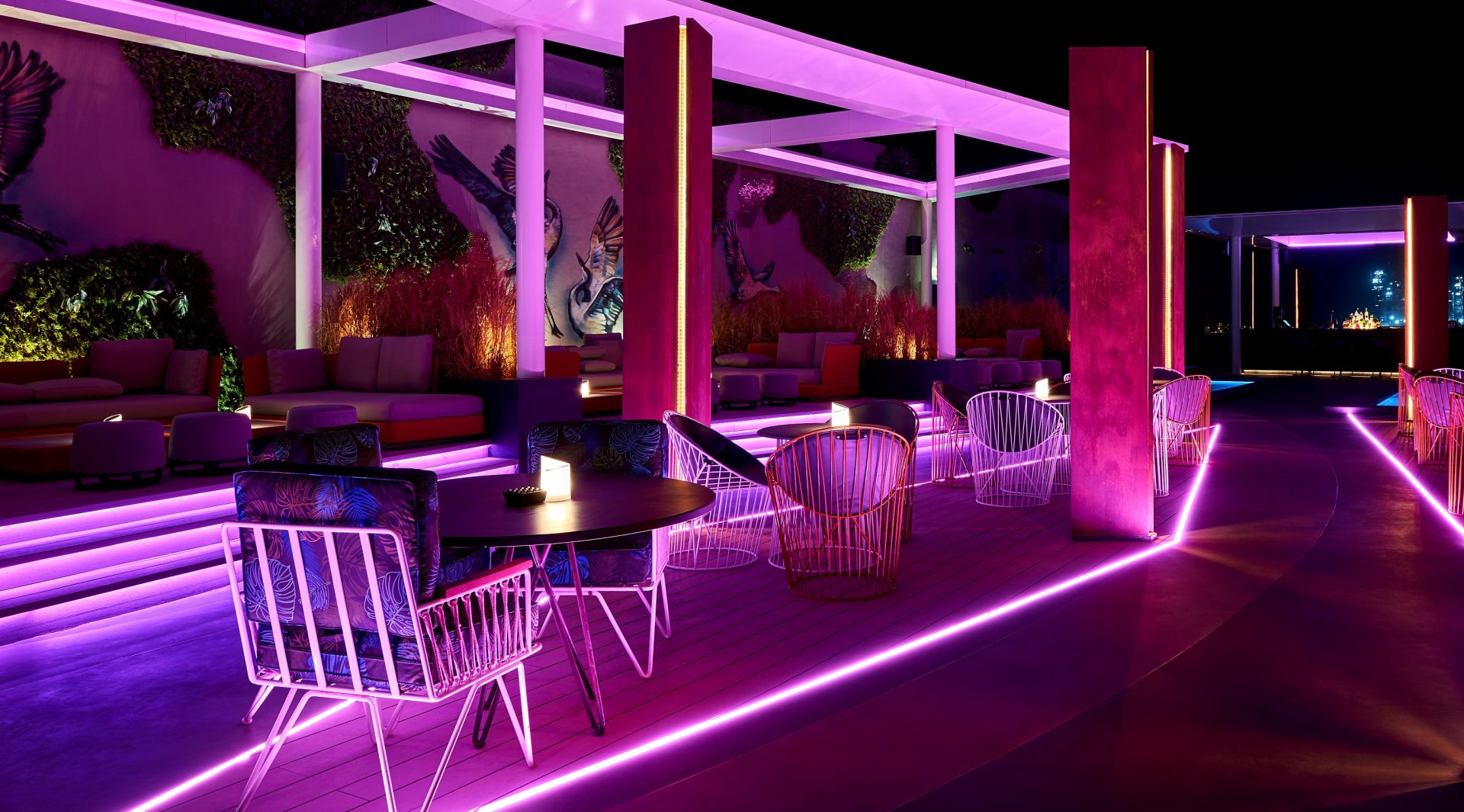 design et al are delighted to announce that KEANE has been shortlisted for Lobby/Public Areas Award in The International Hotel & Property Awards 2019.

KEANE’S brief for this project was to create a concept that wove design elements which were important to the celebrated Michelin starred chef Akira Back and his heritage with a W ‘interpretation’; whilst capitalising on the impressive views back towards the Dubai coastline. There were also restrictions around the GFA on the terrace which forced KEANE to think about how they could plan the space to restrict capacity in an aesthetic way.

Being up on the roof KEANE were inspired by the sometimes-stormy Dubai weather system and created a Vortex-like arrival experience that brings energy and a dynamic to almost disarm the guests and throw them into the lounge/bar area where the ‘storm’ starts to dissipate. Akira requested that KEANE incorporate his mother’s celebrated artwork into the scheme and KEANE used sections from one of her pieces as a ceiling treatment as well as to create the design for the bespoke carpet, by ICE carpets. The space is dark and intimate with feature lighting by PS Lab.

Into the main dining space, the ceiling height dramatically increases and the feature Robata grill takes centre stage. Here KEANE bring in influences from Akira’s Heritage. Large support columns appear to have been carved to reveal a slither of decorative broken tiles inspired by Japanese Kintsugi technique. A tiger striped rain-chain lighting installation introduces the private dining room and every seat in the main restaurant space enjoys the impressive views of the sea and mainland. Signature booths clad in bevelled mirror are raised along the perimeter wall and are lit by lantern inspired pendants by Marset.

Out on the terrace the eye draws you down to the bar surrounded by a reflection pool. The serenity and stillness the reflection pool brings to the space is typical of the dissipated storm, brought to life with graffiti art of flocking Korean Cranes by artist Ramy Elzaghawy.