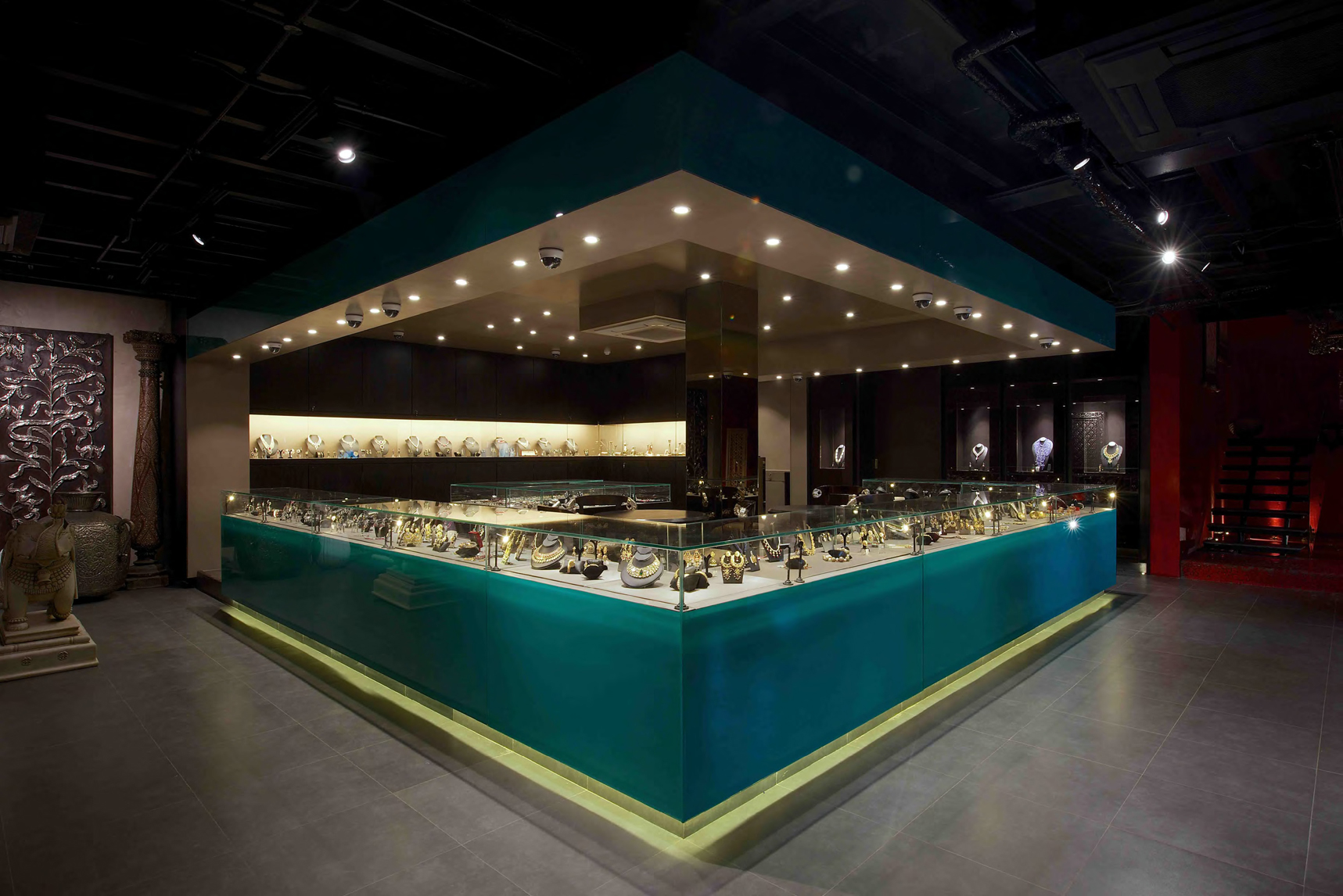 KNS Architects have been shortlisted for the Retail Space award

KNS Architects have been shortlisted for the Retail Space award in the International Design & Architecture Awards 2014.

The interiors have been designed as an eclectic mix of the unfinished charm with finished elements. An island full of Jewels was created within the store to demark it. Visualised as an urban island, it was given a minimal design, finished in mesmerising turquoise green back painted glass. The surrounding areas house the artefacts which are set against an unfinished backdrop.

The VIP Lounge has been juxtaposed against a chrome yellow Jaisalmer stone backdrop. A patterned mirrored ceiling has been used to induce movement to the otherwise static space. A floating staircase was set against a vibrant unfinished red wall to add depth and regal touch (richness) to the space as well as to enhance the connection between the two levels. The staircase has been designed with a water body underneath. A beautifully carved Nandi (bull) has been placed at the centre of the water body, which gets highlighted with an intricately designed chandelier above.

Special attention was paid to the lighting in the store. Accent lightings, Spot lights, Dimmable have been used to set the right mood. The space has been adequately lit with task lighting to lay special emphasis on products. Over all the store interiors exude a regal elegance with a fresh blend of the modern and a burst of Indian Colours that create the perfect setting for the products.