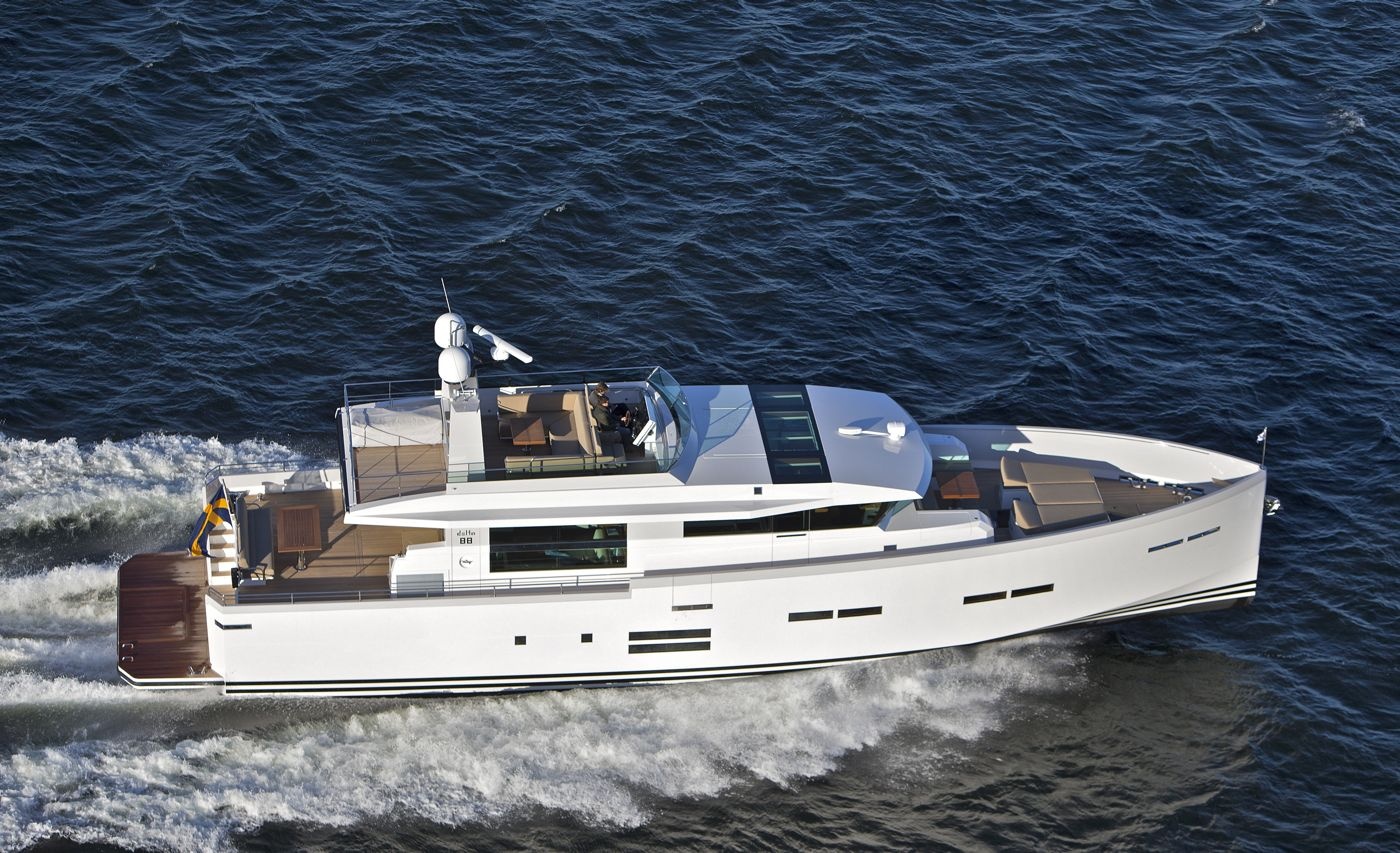 Luxe et al are delighted to announce that Lars Modin Design have been shortlisted for Power Yacht 25-40 Metres Award in The International Yacht & Aviation Awards 2017.

The Delta Powerboats 80 IPS is a fast carbon fiber Flybridge cruiser which has room for four guests and two crew cabins. Delta Powerboats had a couple of repeat clients who were asking for bigger boats and it was quite a step up from the Delta 54 to the 80-footer. The clients wanted the same concept as the D54 with an all carbon construction and triple IPS drives for high speed and low consumption with long range.

The clients believed that it should also have a flybridge, a tender garage, a sea keeper gyro and the timeless Scandinavian design that is the hallmark of Delta Powerboats. The designer, Lars Modin’s favourite aspect of the project is the success of the owner’s satisfaction, the clients are using the boats extensively. The designer has stated that hull no. 1 was travelling 14,000 nautical miles all over Europe last season and hull no. 3 has been cruising the Caribbean the last couple of months.

Delta Powerboats and Lars Modin believe that the overall design works so well because of its high cruising speed, the Delta 80 IPS are almost always going 30 knots. Lars Modin believes that the interiors work particularly well due to the 360-degree view that the clients can get from the salon, this also floods the room with natural light. Another great benefit for the clients is that the Delta 80 IPS uses half as much fuel as other yachts that are of a similar size.