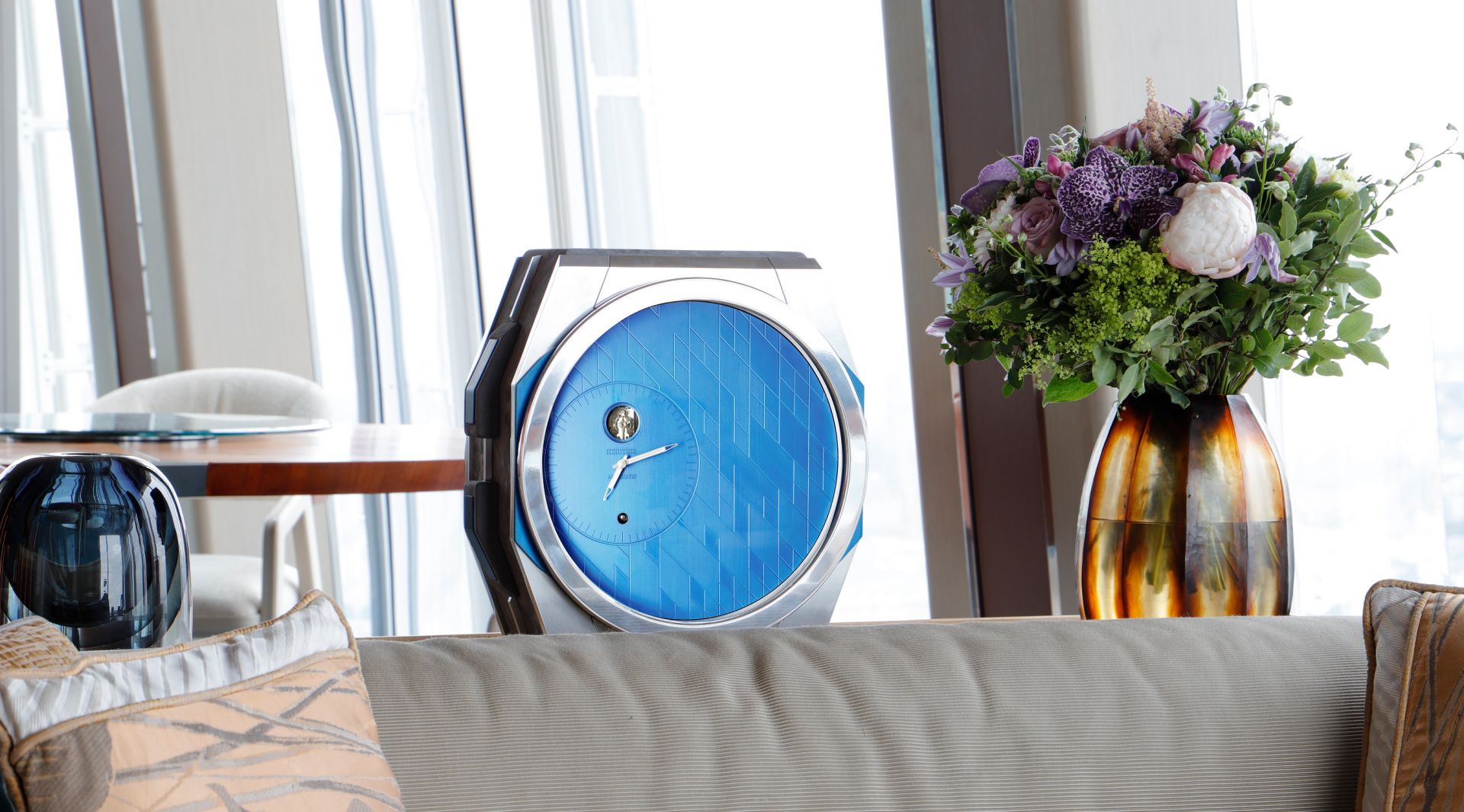 Julien Bonzom have been shortlisted for Bespoke Cabinetry / Installation Award in The International Design and Architecture Awards.

Julien Bonzom presents Le Movement: the world’s first mechanical clock – watch winder. The mechanical object is a question of balance and harmony between every component taken separately and as a whole. Julien’s passion is to enrich the fine craftsmanship and technique of the past with a vision for the future and create works of art designed to become part of tomorrow’s heritage. After spending over a decade designing pieces for others, Julien created Julien Bonzom – The Collection, a selection of iconic designs that showcase Julien Bonzom’s collaborations with designers, artists, and well-established brands. Le Movement is the first piece of the collection symbolising the company’s “le mouvement”. 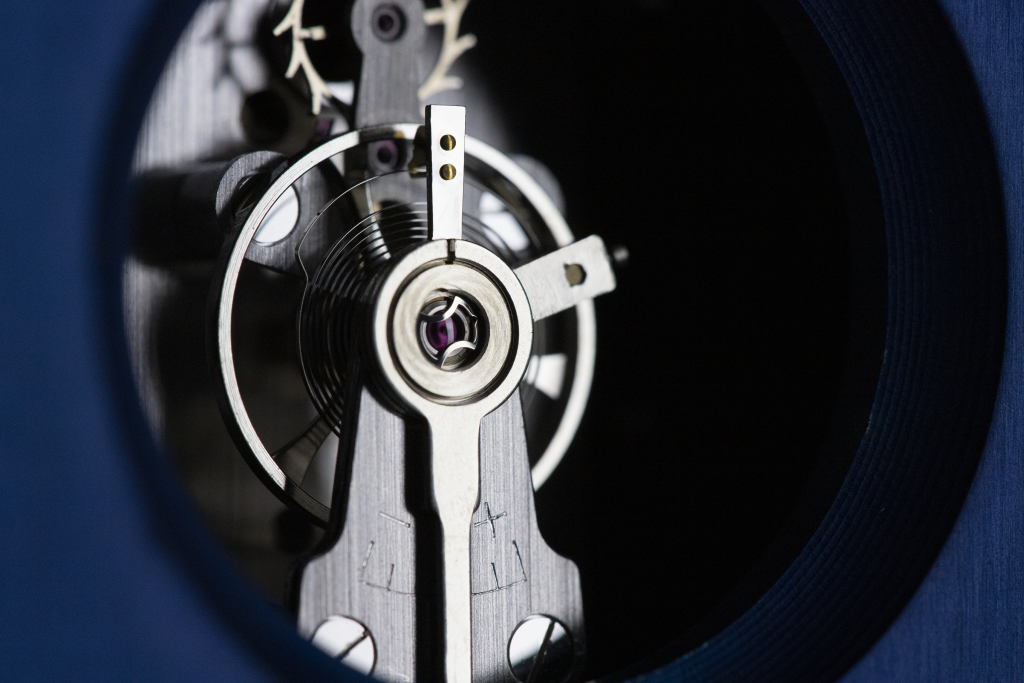 Le mouvement from Latin means “change of position”. ‘Movement’ is a watch making term, known as a caliber; the mechanism of a watch or timepiece. For Julien Bonzom, Le Movement marks the start of moving into a new period of creating. Julien had just moved to the UK and soon after, a client watch collector said “the wrist is a window into the soul. Just like any item in a good wardrobe, a watch has a lot to say about an individual’s personality. You need to swap or hide it depending on who you meet”. And so the idea came to life: design and develop a sculptural piece with two functional sides that can be swapped between a mechanical object and watch winder technology. A playful, yet functional object with different sides, so that one can chose to rotate the sculpture to the side they would like to enjoy, whilst at the same time fulfilling the needs of the owner. 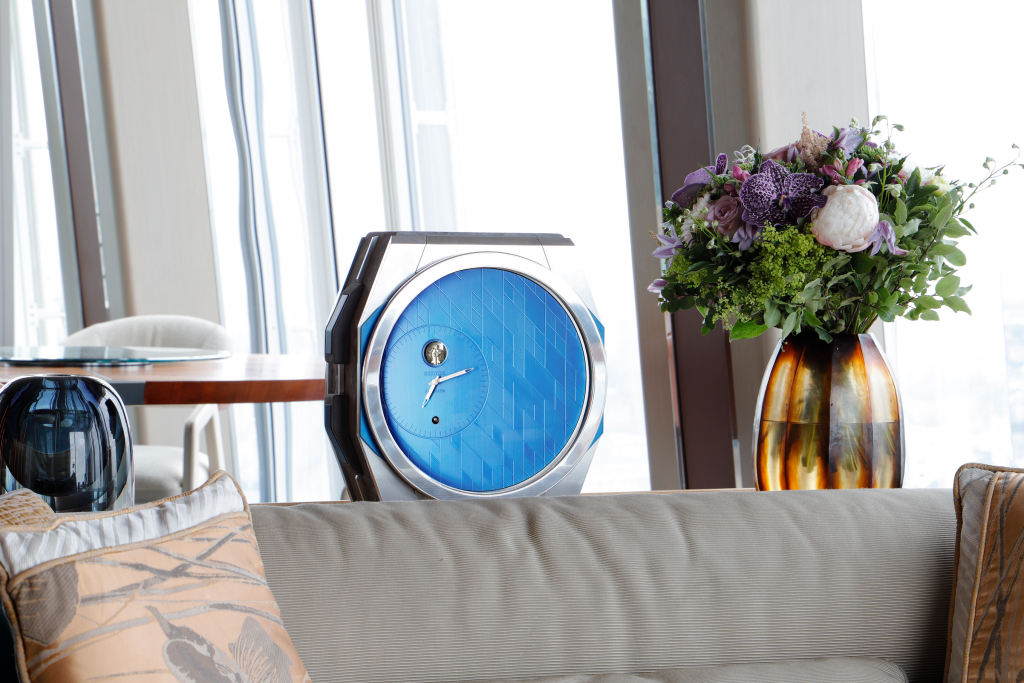 The clock side of Le Movement shows off the craftsmanship of the gold and palladium spring movement. It represents a more conservative stance. Whereas the watch winder side of the piece is more avant-gardist with two winders under a glass where the watches are safely stored and winded. Julien wanted the piece to be compact and suitable for one’s private homes, office and yacht. What Julien designed is a mechanical sculpture piece, with a creative aesthetic that speaks to lovers of the truly exclusive. Challenging the known and assumed, he expresses his sensibility of the mechanics of time. Some watch collectors would hesitate to use a watch winder, because of the connection that manually winding their watches provides. With Le Movement, Julien Bonzom translated this privacy through the gate, which has the double function of keeping dust away from the watch winders when closed, and providing connection with the owner as the gate is only actioned through turning the crown. 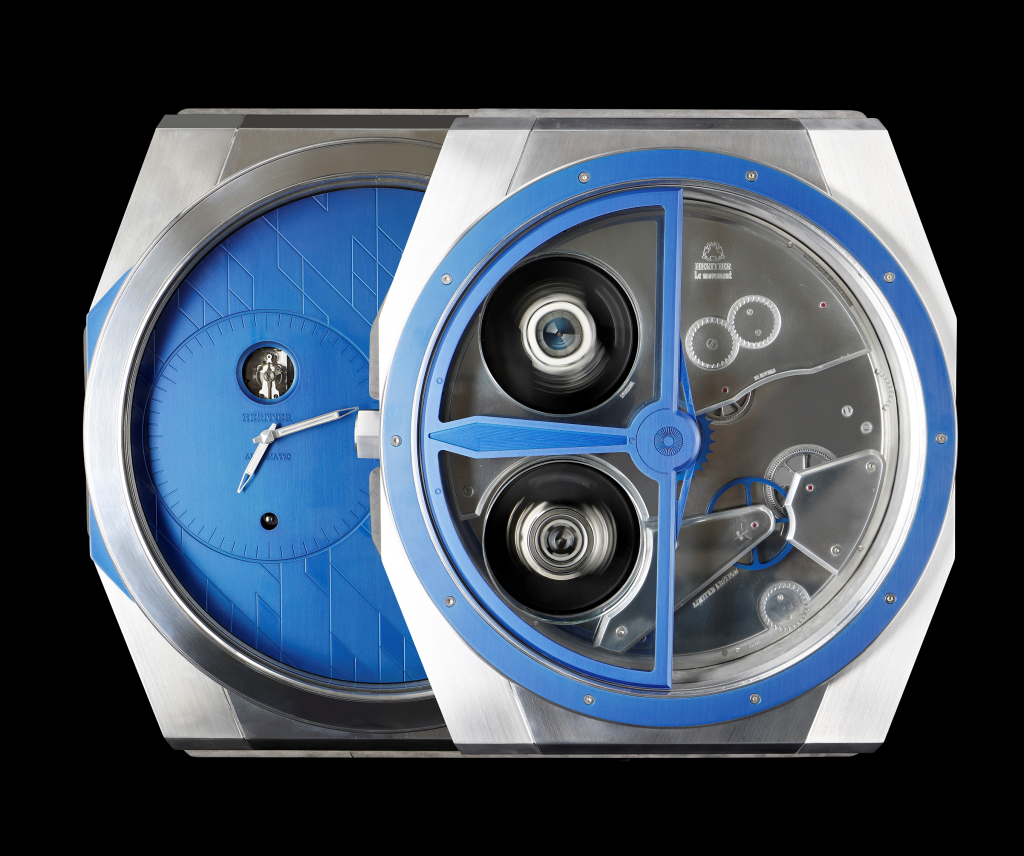 Julien’s inspirations often come from travelling, nature and mechanic objects. The blue anodised dial of Le Movement was inspired during a trek in Nepal, representing the heights the team had to climb to achieve what they do today. And most importantly to show that simplicity can be a force. Each single geometric part was inspired by the Himalayas and has been brushed in multi directions giving a perpetual change of colour and form during the day. The entire piece has been fabricated & assembled in London, except for some clock parts that were ordered from the oldest German clock manufacturer, Hermle. The watch winder technology is developed and assembled in Switzerland by Apk cylinder. The design goes further than this. Only by owning it one would find the hidden in the piece engraved parts and will truly get to know Le Movement.