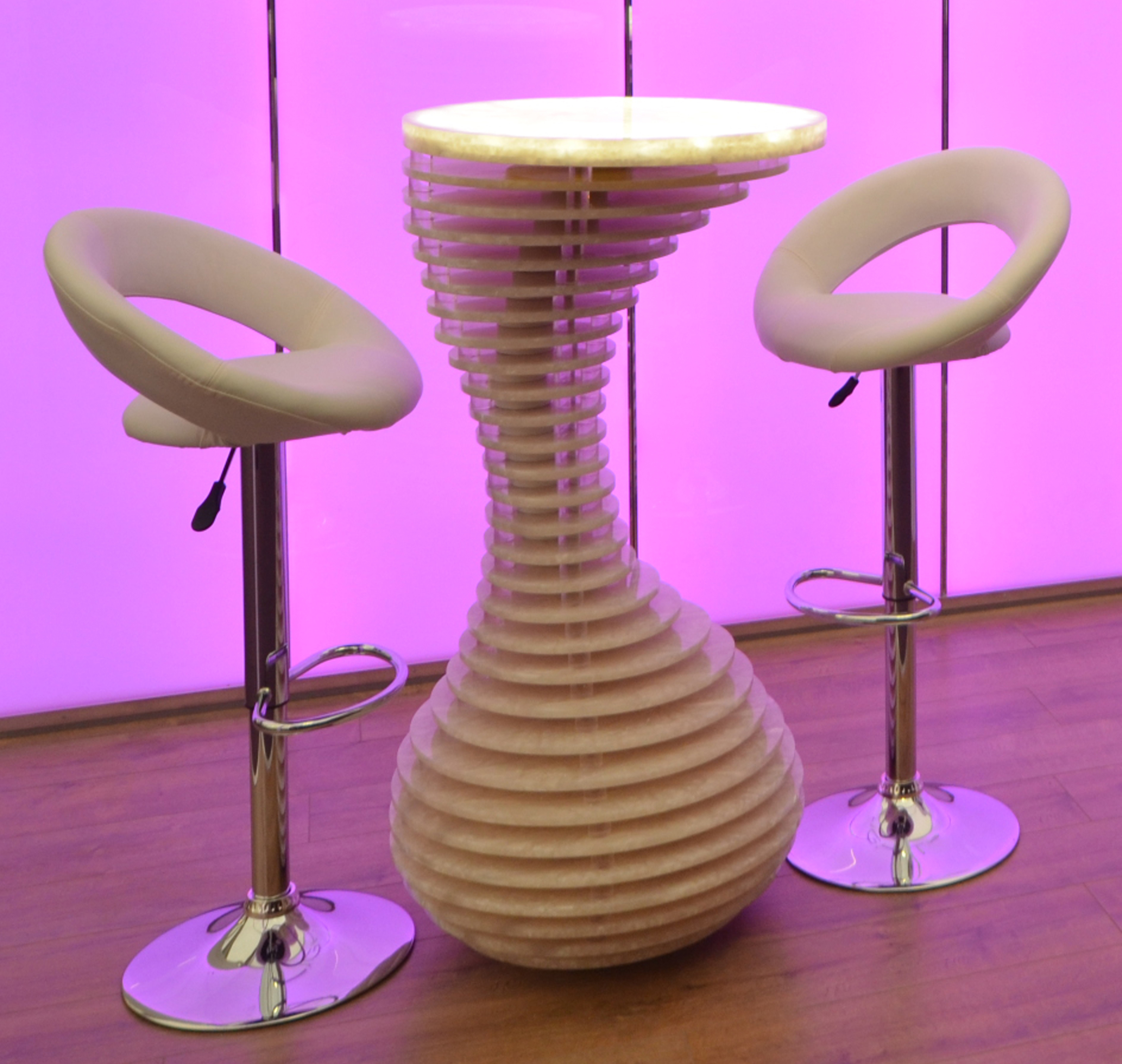 Light IQ pushed the boundaries of design and manufacturing with the eye-catching form of this highly original table. The design brief was to create a table which would promote lighting as a design feature of everyday objects. The exceptional ‘TableLamp’ designed by Kirstie Wilson marks the first time Marblo, with it’s Oyster Shell Marble appearace has been utilised to this effect. The multifunctional use of this material has resulted in a form that is both a beautiful, organic and a sinuously formed table integrating LED Light Sheet.

Inspired by the contours of the human body, ‘TableLamp’ encloses the LED Light Sheet seamlessly into a polymer based material; Marblo to dramatic effect. Layers of Marblo seamlessly float one above the other creating ethereal layers until the light almost creates solidity to the top surface. The ‘light’ structure with its diaphanous form creates a table, perfectly executed when lit or not which provides the perfect focal feature for any space, large or small.

Unlike a conventional bar table, TableLamp has an open invitation to the user to sit or stand, as the human body comfortably follows the organic flow of the contemporary design. Thus allowing the user to work, relax or entertain in style. As Humans we are drawn to the light, thus the idea of a table as a lamp multiplies it effects, as its essence invites us to converse, to site, to contemplate and to enjoy bathed in the warmth of illumination.