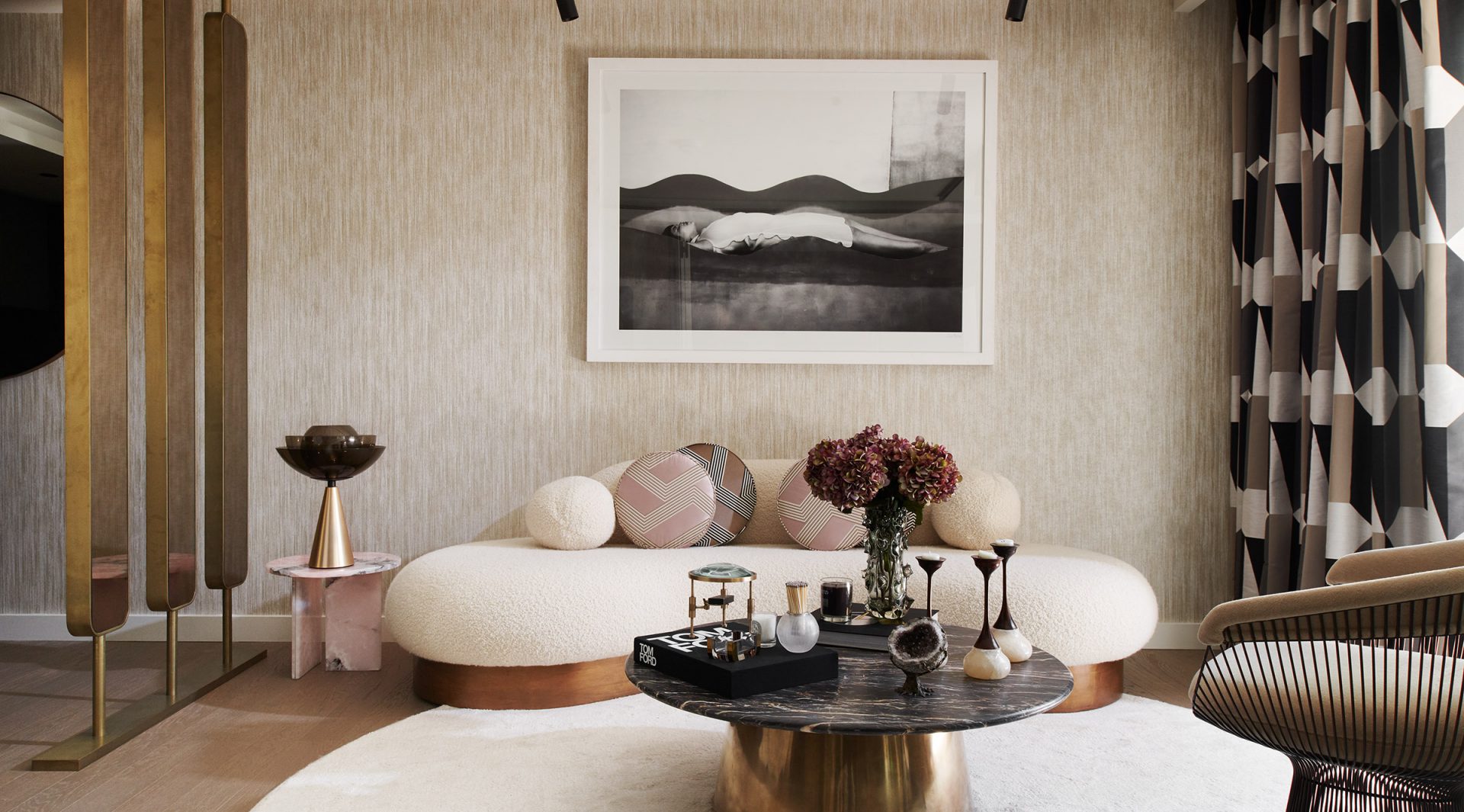 design et al are delighted to announce that Londonewcastle have been shortlisted for City Space (Apartment/Penthouse) – London Award in The International Design & Architecture Awards 2019.

This show apartment has got an edgy, rock and roll look and feel while also emulating a sanctuary in the city style. The design brief for the show apartment was to create something that was outside the mould of typical residential show flats – something with an edge which was also representative of Londonewcastle as a brand, while also nodding to its theatrical and dramatic surrounding of Covent Garden.

Chapter House is aimed towards a whole host of people from high-flying London couples to downsizers who are moving from the country back to the city to enjoy the pleasures of London and everything in between, so it was important to cover all bases within the design of this show apartment to cater to this brief. The timeless design pieces and use of the garden space coupled with chic, edgy and vibrant details do just that. In addition to producing something for the aforementioned purpose and goal, it was equally as important for the developers to stay true to Londonewcastle’s design-led ethic and boutique style.

Colour and texture was the main aspect of this apartment that the designers and developers had to get right, while they wanted it to have an overall light look, they did not want to dismiss a certain element of richness and character. Making the most of the space was another challenge, so giving each area a main feature helped create zones within the open plan layout which makes the apartment feel a lot bigger. The ultimate goal was to give potential buyers a snapshot into how one could style and live in an apartment in Chapter House and show off the space in its best light possible

The terrace is a great aspect to this project as it has been designed as another room, extending the living space. The statement artwork and bespoke pieces throughout the apartment gives the space a story that you want to keep exploring. There is a thoughtful mixology of texture, history, pattern and colour. Quieter details are necessary to allow the art and statement pieces to shine. The interior designer embraced a curvy design aesthetic giving the apartment an intimate ambience.