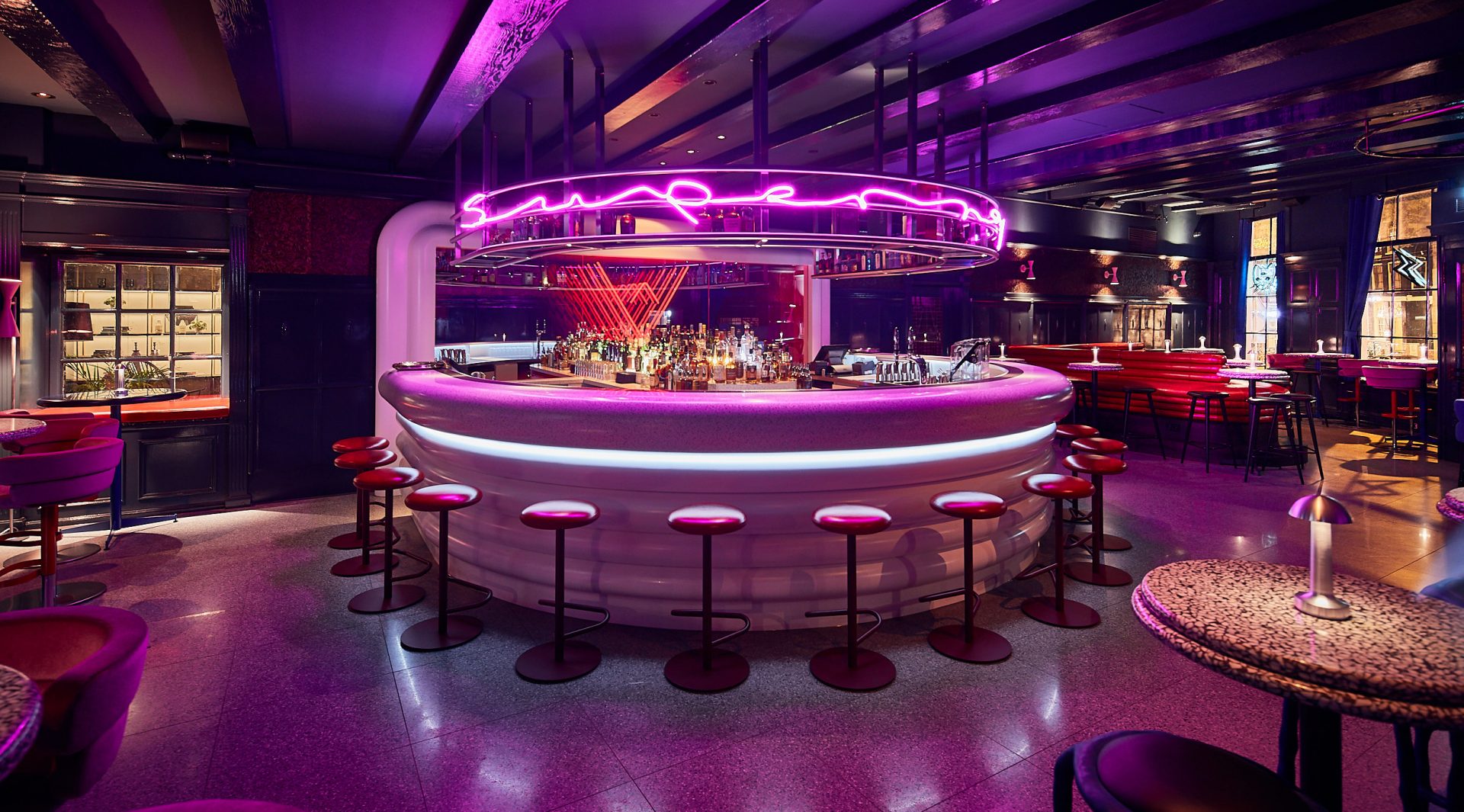 Lore Group have been shortlisted for Bar/Club/Lounge – Europe Award in The International Hotel and Property Awards 2020.

The starting point for the brief was developed from Mr. Lyan (Ryan Chetiyawardana) and his team’s concept for the bar. The concept was all about colourful and playful experimentation which led the designers toward looking for inspiration from the 50’s, where there was a fresh wave of design experimentation with a spirit of optimism and colour. The interior design had to compliment that and definitely not dominate their creations. The existing bar itself had a large main bar area and a small, more isolated lounge. Due to the constraints of the historic layout and architecture, they felt the small lounge could be utilized more to become its own intimate and fun space. Jacu Strauss felt strongly that this terrace should become an interior courtyard, with a new glass roof, and be part of the bar. The end result provided them with three distinct spaces with some more diversity and flexibility.

The art and architecture of the 1950’s provided boldness, playfulness and colourfulness. Man-made materials like patterned concrete bricks and terrazzo resonated well with the terrace design channelling a bit of the Golden Age of Palm Springs in the middle of last century. The main bar was inspired by an ice-cream dessert with what looks like chocolate sprinkles in the countertop and cherry red button bar stools. The rest of the colour scheme was inspired by a photographer series by Kelsey McClellan and Michelle Maguire where they cleverly matched block colours with food. The Lounge section was a reminiscent of a mid-century lounge with a mix of psychedelic colours, retro furniture and a vintage home bar. Jacu Strauss interpreted the 50s style in an abstract way rather than recreate it exactly.