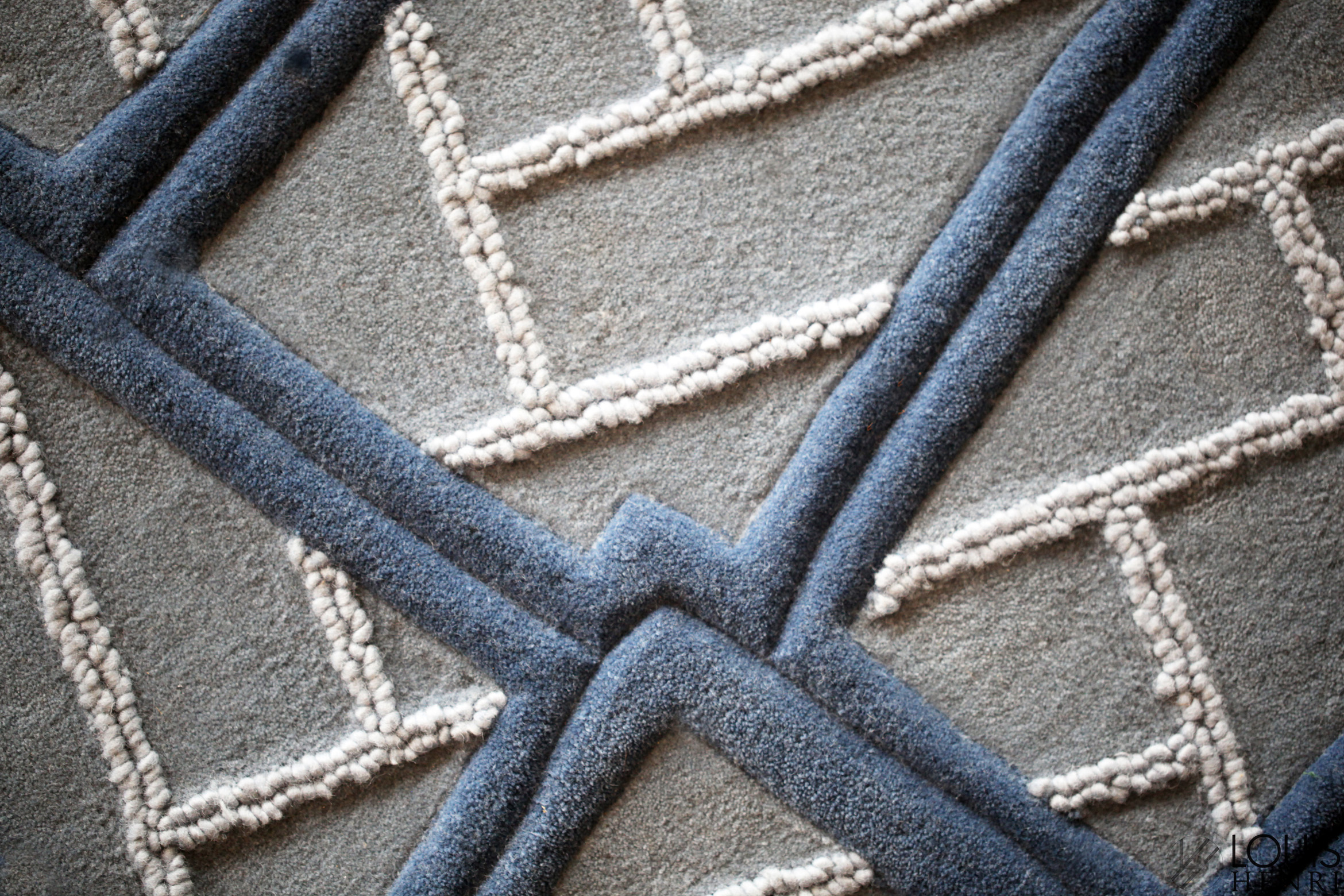 London based Louis Henri, have been short listed for the Flooring – Carpets / Rugs award in the International Product Design Awards 2013 with their new Parquet rug.

The Parquet rug by Louis Henri is a lighthearted play on a traditional herringbone design. The rug superimposes two parquet patterns over each other; one traditional and ordered, the other oversized, wild and fun.

The 100% wool rug is entirely handmade, and uses a variety of techniques to great effect, including high relief carving and extra-large wool loops. With its petite size and crazy layout, the Parquet can add a bold statement to just about any space.

As of Summer 2013, the Parquet rug has just been unveiled as part of the Louis Henri Kimberley Collection, to be launched later this year.