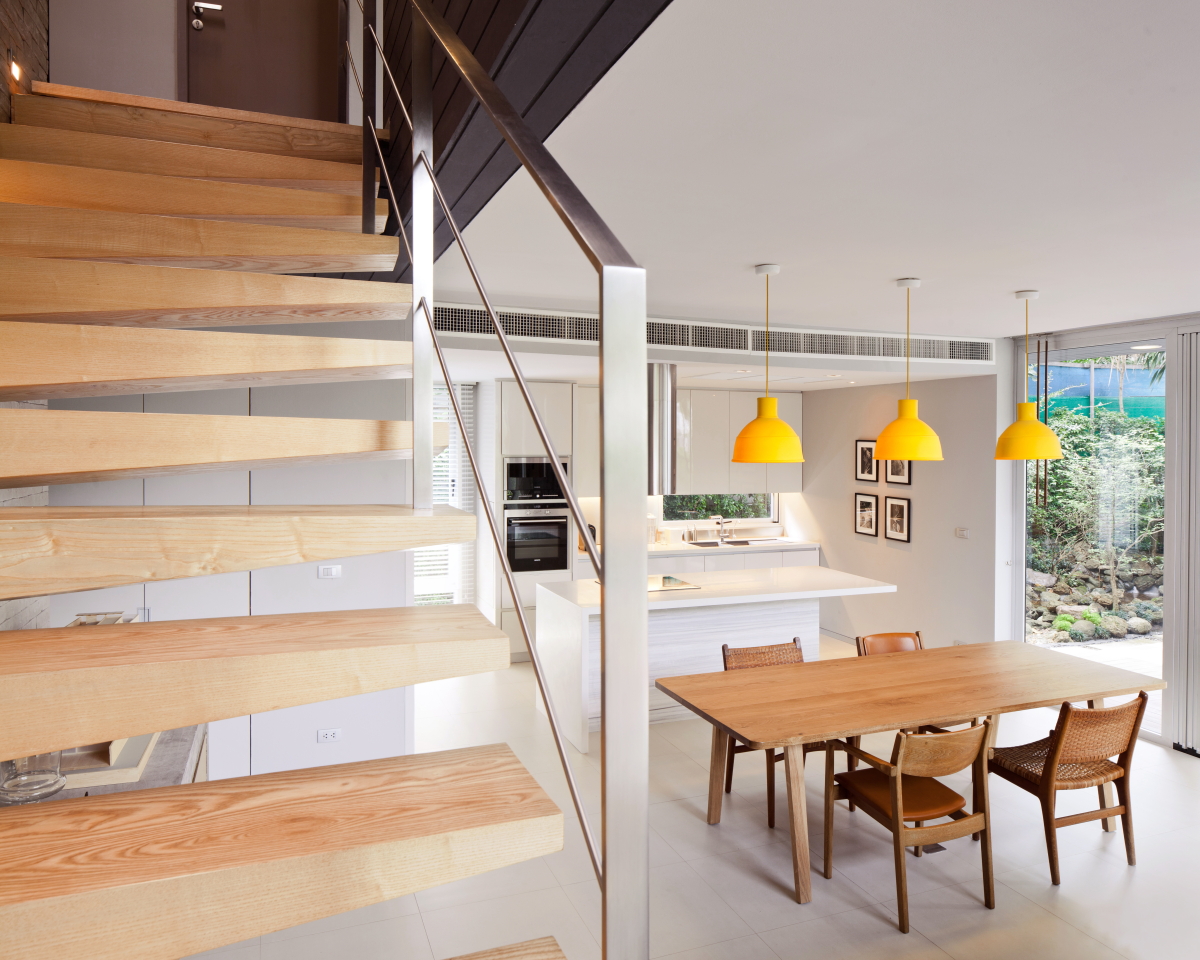 design et al are delighted to announce that Lynk Architect Co., Ltd are shortlisted for the Residential Architectural Property Award in the ID&A Awards 2014.

This house was originally designed for a young couple who had a small plot of land at the edge of Bangkok. They wished to have a compact house that had all the necessary functions for their modern lifestyles with low construction and maintainence costs.

The project was originally terminated, but simultaneously one of the Lynk Architect members had a plan to build a house for his family that had almost similar area requirements to this house. Therefore the design was brought to life again with little adjustment for a better engagement to its new site.

Additional criteria for this house that came with with the new site was to retain and enhance the outdoor space as a transitional green area as it was constructed next to the owners parents existing residence. One of the initial requests from the former owners that finally has become the key element of this house was the Thai central terrace located on the second floor right at the heart of the house which plays an important role bringing life and linking all spaces within the houses.

This house was structurally composed of two main parts that obviously have contrast textures and colours, first is very solid and actually supportive to the second part which is lighter and capable of longer span. Both compartments are different in terms of their structure and materials, for instance the solid part was constructed from reinforced concrete and masonry for the stability purpose when the lighter part was constructed from steel framing with insulated infill, covered by fibre cement boards in order to reduce its weight and thickness of structure.