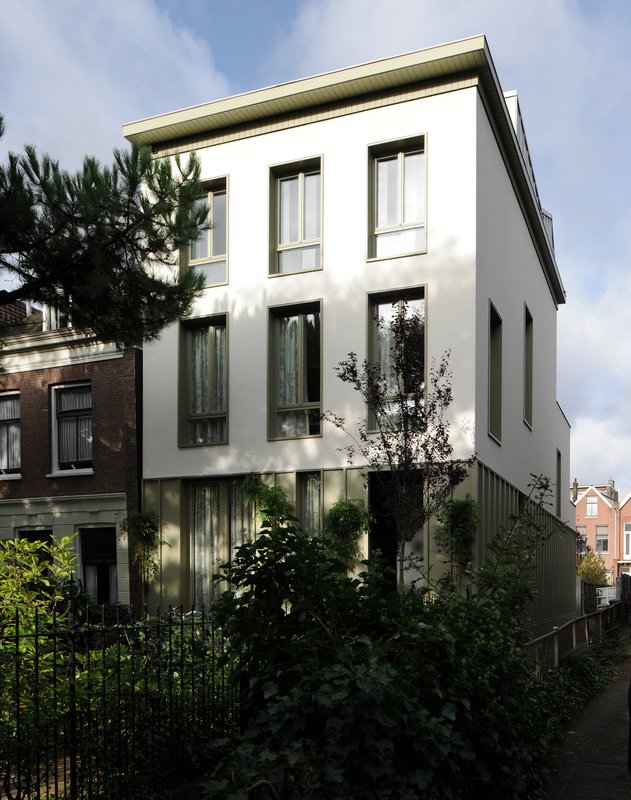 design et al are thrilled to announce that Maccreanor Lavington are shortlisted for the Residential Architectural Property Award in the ID&A Awards 2015. The new villa replaces a two-storey post war dwelling that, due to the poor quality of materials available after the war, had already reached the end of its life. This offered the opportunity to build a new house that was more responsive to its context, and that could be of exemplar sustainable construction.

The site was considered sensitive, being in a conservation area where there are relatively few new build constructions. A mandatory design review process was part of the application process and the panel had previously rejected another new build house in the street for aping historical styles, but in our case, they were fully supportive of our approach.

The house literally works well. It is designed to Passivhaus standards and a lot of attention was given to the choice of building system, services and materials to minimise the CO2 footprint (construction was zero carbon). To achieve the environmental aims a prefabricated timber frame structure was chosen with a wood based insulation.

Walls and ceilings are lined with 36mm reinforced gypsum and floors at ground level, first floor study and wet rooms are finished in 25mm stone, which together gives the houses a thermal mass similar to a historical, brick house. Maccreanor Lavington are using this house as a test case to show that understated, aesthetically-led sustainable design is possible, free from ‘eco-bling’.