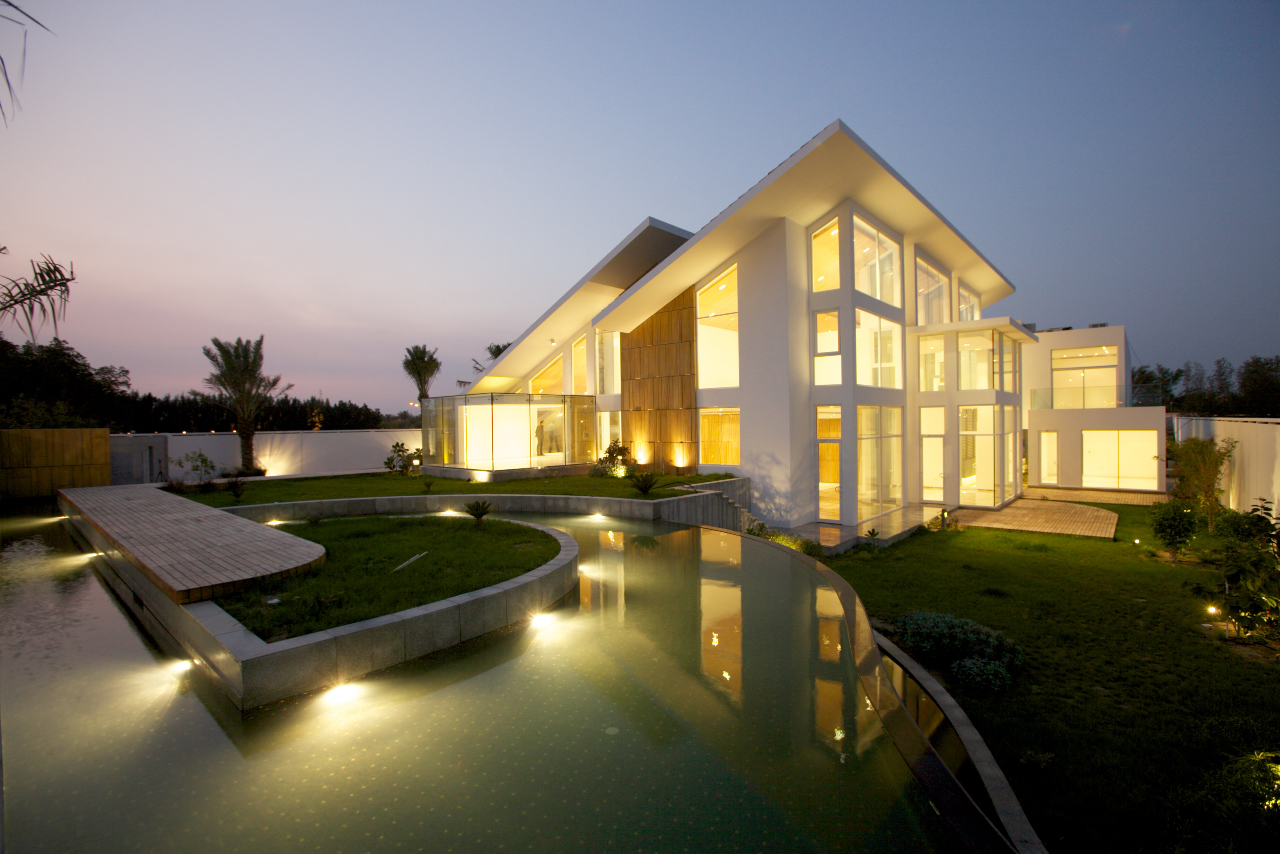 Congratulations to Moriq, winner of the Glasshouse (over £150,000) Award in The International Design & Architecture Awards 2014

Moriq successfully won the International Design and Architecture Awards 2014 in the Glasshouse (over £150,000) category with their Bahrain House project.

The house is an iconic twin sloped modern hut designed for the region’s climate – partly sitting below ground for the hotter summer months and partly above for the cooler winters.

The house is situated in North Western part of Bahrain in an area called Hamala. It shoots up from its entry point on the western side and forms an iconic structure of twin slopes recognizable from far away. The western slope protects from extreme sun in summers .The North East extension housing the bedrooms and decks is a later addition.

There are entries from both north and south roads. Part of the house is tucked below the ground level with the remainder of the house sitting atop the ground with lots of grass areas to enjoy the cooler winter months.

The layout was designed so that all the services such as sanitary ducts, air conditioning shafts, electrical automation rooms staircases, stores, toilets etc. are in the central part of the house and the main areas including the lounges, living areas, bars and bedrooms are on the periphery thereby fully benefiting from the precious natural light, ventilation and views.

The house is made of split levels – all main bedrooms are on upper level and the living areas on the ground levels. Two extra bedrooms along with a gymnasium and a temperature controlled swimming pool are tucked in the mid-cellar. The home theatre maximises the available space in the cellar.

The floors are laid with white composite stone with white and grey Italian marble flooring. Ceilings are all white and the walls are clad with natural stone. Landscaped gardens with water features integrate well with the striking architecture.