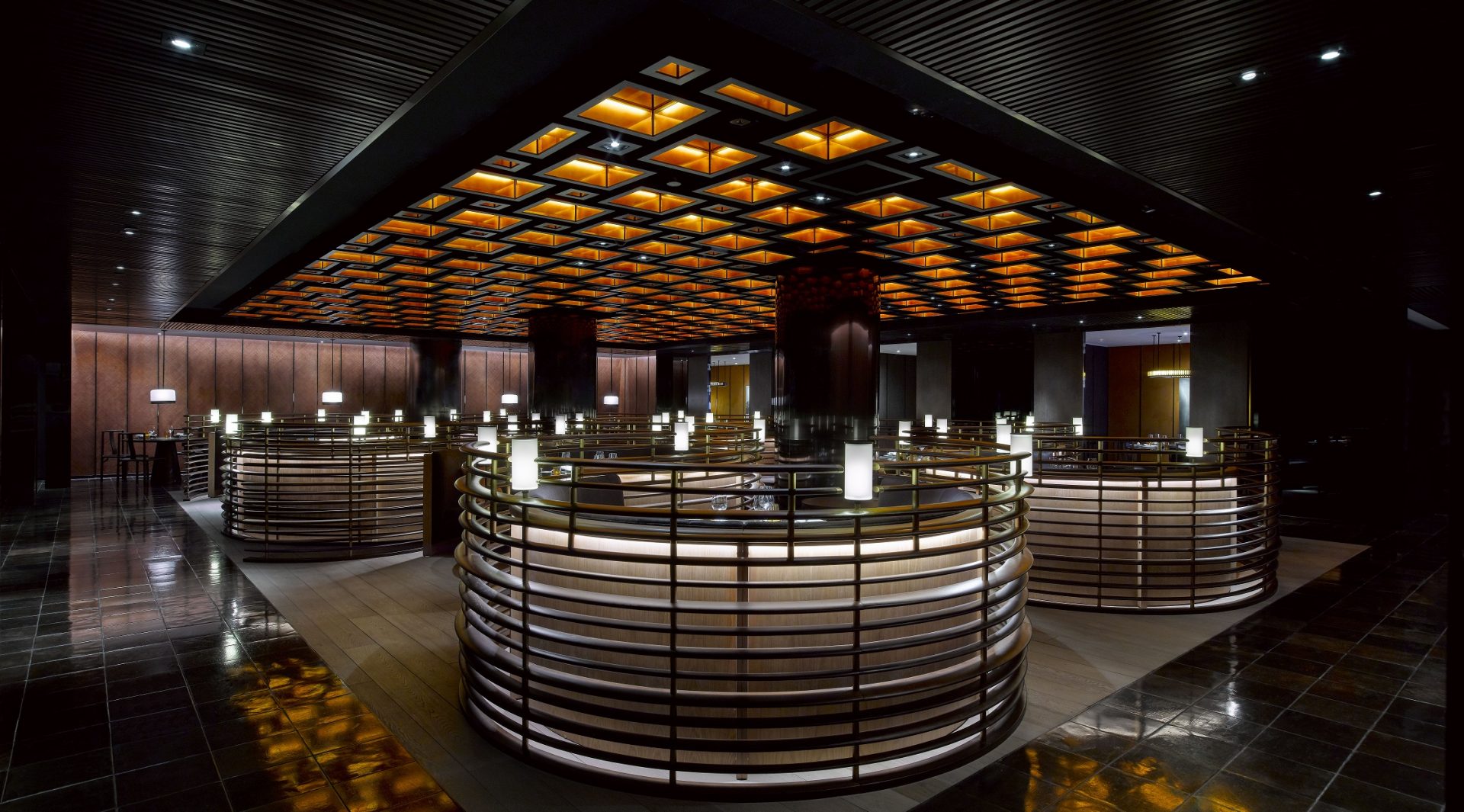 design et al are delighted to announce that MQ Studio  have been shortlisted for Hotel under 200 rooms – Asia Pacific Award in The International Hotel & Property Awards 2019.

According to the architect Ole Scheeren, the ‘pixelated’ volumes of the lower portion of the building subtly refers to the adjacent historic urban fabric, echoing the grain, color and intricate scale of Beijing’s Hutongs. It is within these pixelated boxes that the Guardian Art Centre (China’s oldest auction house) and part of the hotel F+B functions is housed. The glazed upper portion of the building responds to the larger scale of the surrounding modern city of Beijing and houses the main body of the hotel rooms and the spa.

It is through rigorously applying a set of parameters to the design, several observations were created that could inform the interiors and how they could be composed. Strategizing from the larger glazed floating ring of the building, that creates an inner courtyard at a macro scale, and then through a series of continuous scale shifts, further programmatic courtyards were placed throughout the hotel. The overall effect was to create a layered spatial composition of arranged illuminated volumes throughout the guest spaces- either artificially or natural lit.

Whether reflecting the changes of the season, or simply just the time of the day there is a continuous resonating connection to the architectural typology the courtyard of Beijing and as a larger critique of the architecture of Buro Ole Scheeren. To create, the courtyard within a courtyard within a courtyard. Most hotels on arrival are very understandable from the minute you step in through the front door. The Puxuan Hotel and Spa is very different.

This hotel is not easily understood from the exterior and neither from the interior. Each floor is very different to the others, courtyards appear and disappear, what you think you understand on one floor becomes something else on the next. This building needs to be discovered to be understood- it needs to be explored to be appreciated.