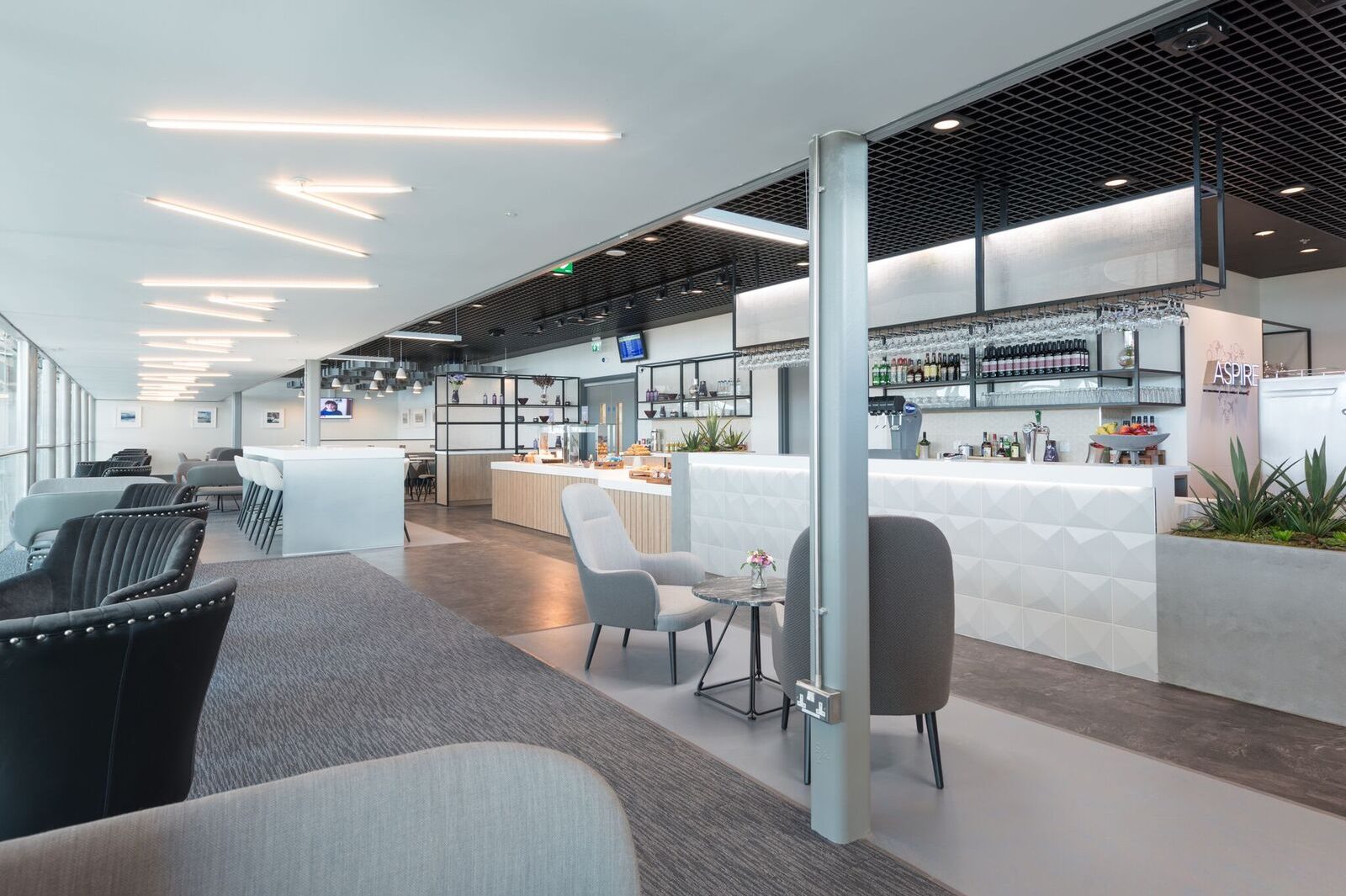 design et al are delighted to announce that MRL Design  have been shortlisted for Bar/Club/Lounge – Europe Award in The International Hotel & Property Awards 2019.

The Aspire Executive Lounge, located at Cork Airport, is the flagship lounge for Swissport’s new in-house style, which MRL Design are the brains behind. This guiding principle design for the interior design was created for a consistent style of the interior architecture throughout all the Aspire Lounges across the globe. Achieved through stylistic themes such as layout, geometry, colours, finishes and textures. The lounge was able to have its own sense of individuality, whilst also generating a familiar look and feel for guests traveling around MRL Design’s Aspire Lounges.

As this was MRL and Swissport’s first project working within the Republic of Ireland, MRL Design were responsible for delivering the clients brand vision through stylistic themes whilst also adding a local flavour to the lounge. This was achieved through both the use of artwork and accessories, as the designers used a local artist who is a native of West Cork (Geraldine O’Sullivan) throughout the project, which provided the lounge with beautiful landscapes of the Wild Atlantic Way, synonymous with this part of Ireland. Also, offering a food and drink selection that is devised from local menus to reinforce the individual local feel of the lounge.

With this, Cork Airport Lounge is based on the consistency of the clients own brand (Aspire), and the individuality of the geographic location. The consistency of the lounge is instantly recognisable, with features such as branded wallpaper, glazed window displays, layout, ease of flow, consistent relaxing materials and colour palette.

The creation of the design guidelines, which was initially used on the Cork Aspire Airport Lounge, has since been used in 2 other airports. The design guidelines were brought into practice to be a guiding principle for the interior design of the Aspire Lounges to create an element of consistency which was not seen in the earlier lounges (before MRL Design worked with the client). However, as stated above, this consistency was not to be taken as ‘identical’ over all the airport lounge projects, as one thing MRL Design insisted on was different regions influencing the shape of the lounge.