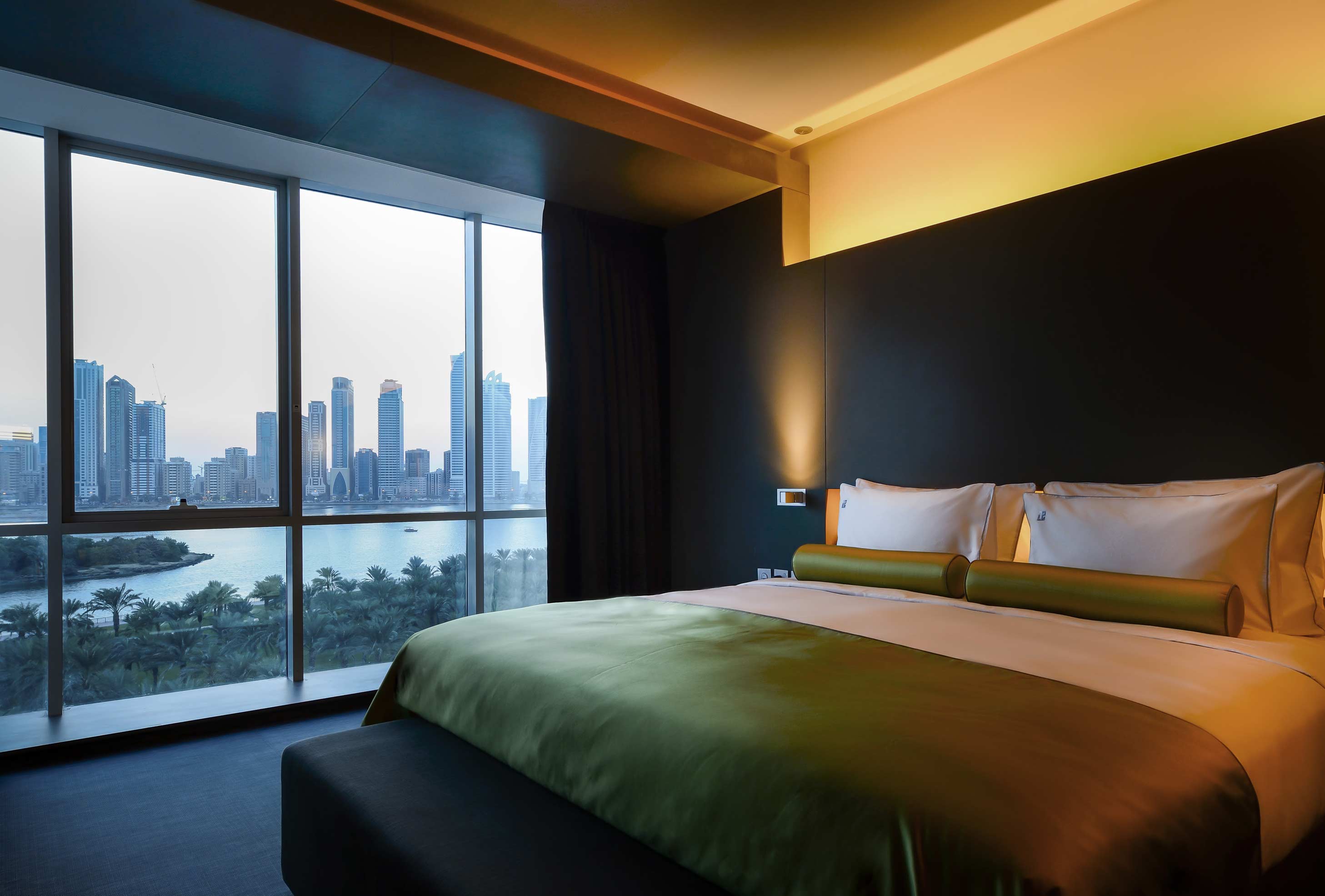 A.N.D. / Nomura Co.Ltd have been successfully shortlisted for the Hotel Design Award – Asia-Pacific in the International Hotel & Property Awards 2014 with The Prince Sakura Tower, AUTOGRAPH COLLECTION in Tokyo, Japan.

This project is the renovation of an old Western-style hotel located in the heart of traditional Japanese gardens, rebirthed into a contemporary Japanese-style hotel.

Shinagawa is a busy city known as the doorway of Tokyo from the Edo period and still remains the same. The design concept was ‘cross & weave’ which was inspired by the prosperous city of Shinagawa where people come and go, and cultures interchange. Over 200 cherry blossoms (called ‘sakura’ in Japanese) are planted in the Japanese garden.

The design team’s aim was to create a contemporary hotel using a  traditional Japanese method to suit the Japanese gardens. In the centre of the hotel lobby, there is an art wall which is covered by woven steel plates in a  traditional Japanese pattern, creating a relaxing feeling for guests. With a dynamic cut-out in the art wall, seasonal flowers are hanged from the top and water overflows from a curved stone basin underneath.

For the restaurant, the bar counter was located in the centre, surrounded by table seats divided by a partition wall which represents a grid of Japanese Fusuma door and Tatami flooring. The hallway and restaurant are divided gently by a string curtain which was dyed to look like a Japanese black and white drawing. The unique Japanese space configuration, horizontal and vertical grid line was utilised for the Guestroom design, and then Japanese traditional colours were added to brighten the space. An artwork of bedhead is made with a combination of Nishijin brocade and wooden members produced by craftsmen in Kyoto.