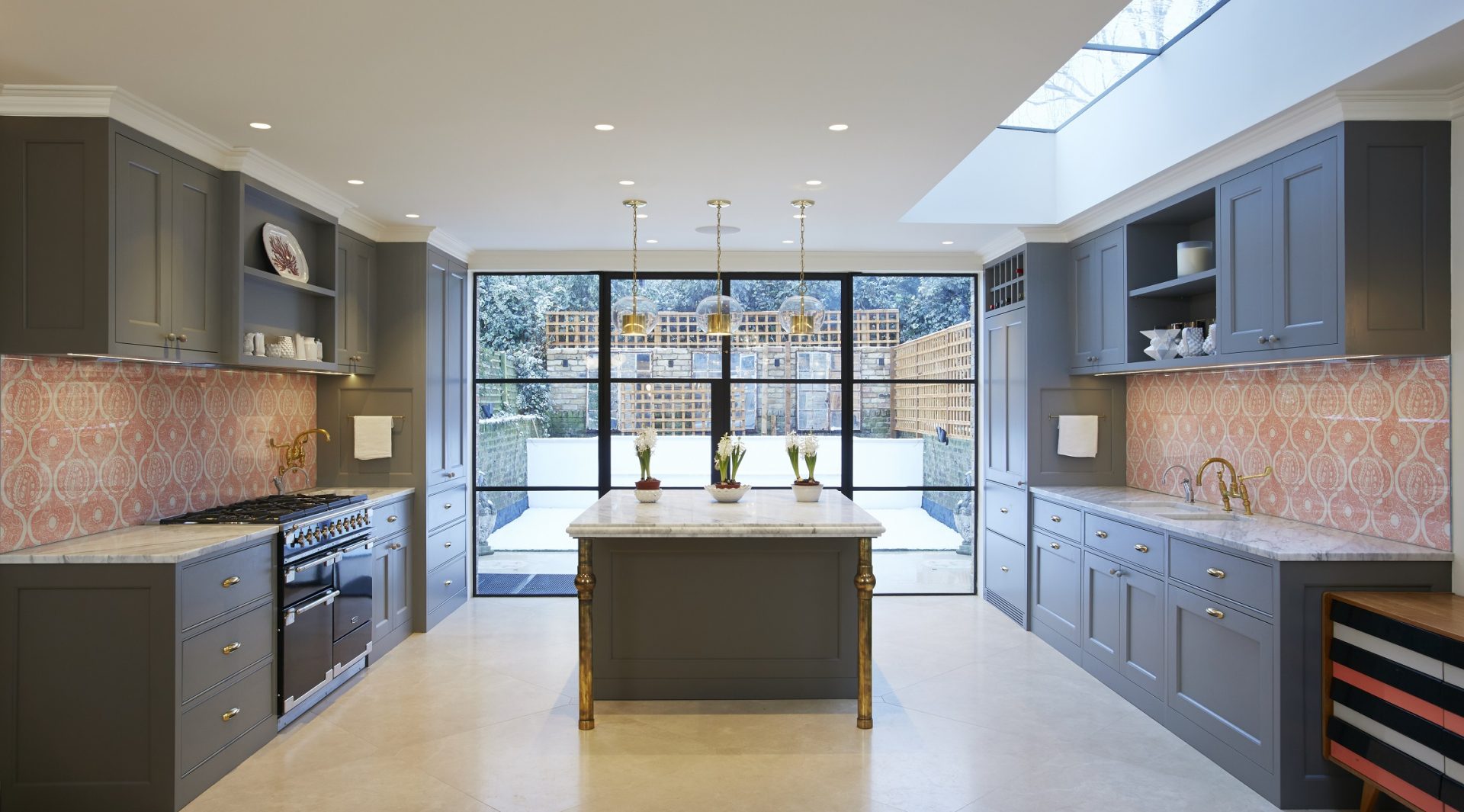 design et al are delighted to announce that Naomi Astley Clarke  have been shortlisted for Interior Design Scheme – UK Award within The International Design and Architecture Awards 2018.

Naomi Astley Clarke were tasked with converting three very run-down apartments back into a large home suitable for their clients – a chic and fashionable young family. The designers had to include 5 bedrooms within the scheme, a small private study area and a large playroom big enough for a full-sized table tennis table to be played on and stored away. Naomi Astley Clarke also needed to make space for a nanny flat with bathroom and kitchenette. The kitchen and sitting room had to be conducive to the bustle of family life, but also “grown up” enough and spacious enough to entertain regularly. The project involved a basement dig over the full footprint of the house and garden and a rear extension at ground floor level.

The client had many vintage pieces of art, lighting, and furniture which Naomi Astley Clarke incorporated into the scheme. The designers also added to these pieces with new and unique finds and upgraded some existing pieces. The client had an important ceramics collection that was in constant use in the kitchen that needed to be proudly on display. The designers built this requirement into their layouts by devising a two-way glass storage cabinet accessed from the kitchen. The cabinet also threw light down into the basement staircase.

There were so many aspects of this project that Naomi Astley Clarke felt were key. One interesting challenge was with the new basement, as the plant room was located quite close to the bottom of the stairs – the designers did not want to be faced with just a door at the end of this fun and lively space, so they formed some bookcases which were actually hidden doors leading to the plant room. Naomi found this detail so much fun, a little bit of magic in an otherwise rather dull situation. The designers also moved the stairs on the ground floor so you did not walk straight down into the front door area – instead you walk down the stairs into the heart of the sitting room – this freed up space to form a cloak cupboard right in the main entrance of the house – which was finished with an upholstered denim and studded door.

The rooms within the house are fluent. The spaces are all unique but flow into one another perfectly. Naomi Astley Clarke always try to create magic around every corner and believe that they achieved this here. Small details such as the wall of storage in the basement which had removable frames behind the doors for the children’s artworks to be displayed or the internal window in the basement utility room really created charm and magic. Having previously been three ill-considered apartments, Naomi Astley Clarke has stated that it was a joy to restore this house to its original purpose – a family home, a London townhouse. The designers believe the interiors feel “London” through and through, even though there are pieces of furniture and lighting from all over the world.