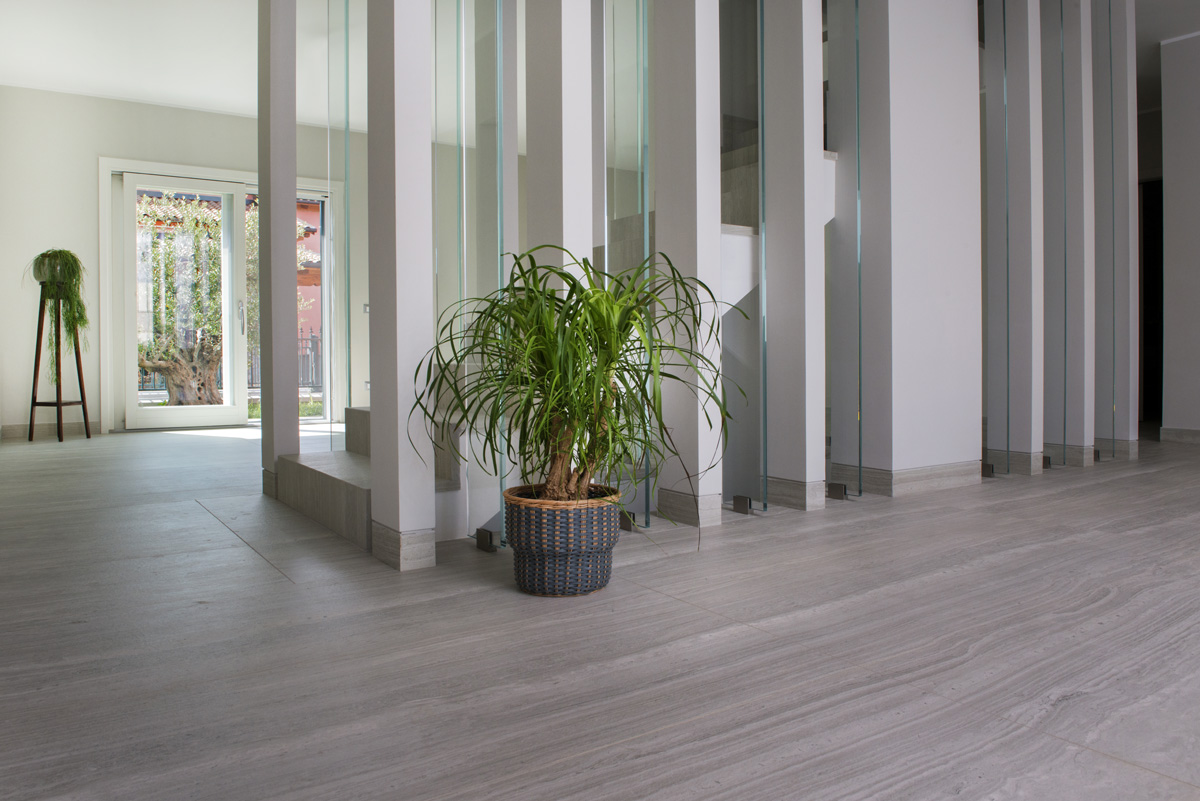 design et al are delighted to announce that Neolith by TheSize have been shortlisted for Flooring – Hard Floor Award within The International Design and Architecture Awards 2018.

The design and fabrication of the ground floor, staircase, and terrace of a two-storey countryside villa in the heart of Rome using Neolith Sintered Stone surfaces. The pattern chosen was Strata Argentum, a faithful interpretation of Silver Travertine. ‘House in Roma’, was born out of a desire to bring the glamour of an Italian countryside villa into the heart of Rome. Approaching this project, architect Pierluigi De Gasperis was fascinated with the dual principles of continuity and contrast. He wanted to include both concepts into the final designs of the structure’s interiors.

Using their considerable artistic expertise De Gasperis’s team of designers mixed and matched colours and textures to achieve a contrast and enhance the overall atmosphere of the interior. But the greater challenge was to capture the essence of continuity. Initial inspiration came from the local abundance of travertine stone, which combines subtle grey-white tones and delicately undulating veining. The desire was to incorporate this style throughout the villa’s flooring. However, naturally hewn stone is notoriously hard to fabricate into a continuous grain, due to its unpredictable and spontaneous patterning. Rather than changing tack, this encouraged De Gasperis to consider alternative materials in order to achieve fluidity, so central to his imaginative design.

Silver travertine is a dramatic stone, full of character, it was central to the overall aesthetic of the house. Travertine, widely found throughout both classical and modern architecture, was highly-prized by the ancient Romans. Marked by its characteristic veining or strata, it is a material with deep affiliation to the Lazio region (Central Italy). The luxuriant villas nestled in the Alban Hills, which fringe Rome, have long used carved Travertine for both structural and decorative purposes. It is these corresponding attributes that influenced the architect when he drew up the initial concepts for ‘House in Roma’.

“We wanted to ingrain this house with personality and history” said De Gasperis, “Travertine’s prolific use in architecture over the last 2,000 years and its timeless ability to evolve and adapt in line with a specific style or movement made it an attractive choice. Its visual appeal and association with grandeur made it highly desirable.” Rome is globally renowned for its impressive sculptures and iconic stone monuments. Paying homage to the skilled artisans of the city, ‘House in Roma’ floor is a masterpiece in fabrication and the centrepiece of the project. It is a feature in its own right, a vista of travertine, stretching beyond the threshold of the house, emphasising continuity.