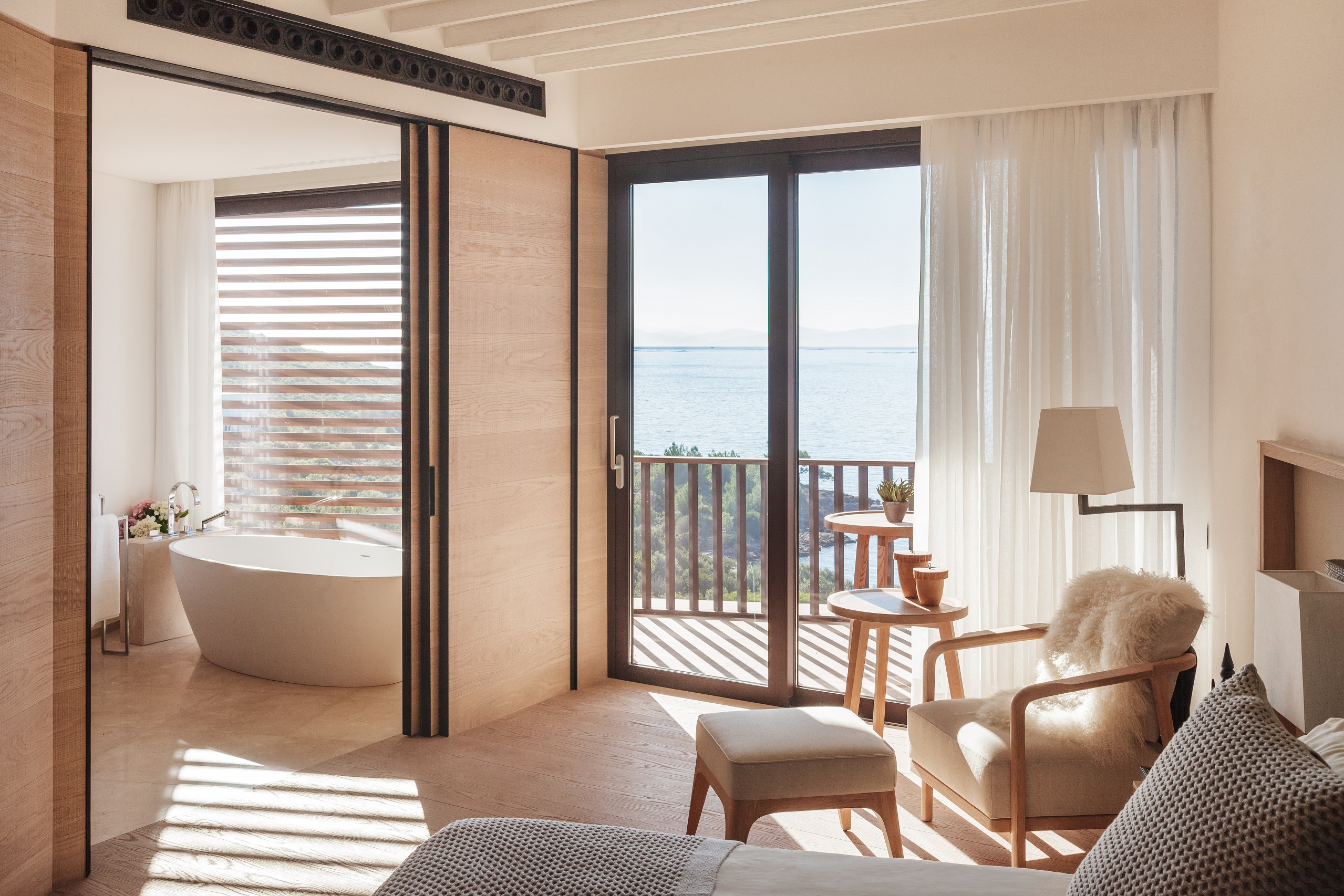 Congratulations to OAB. Office of Architecture in Barcelona shortlisted for Hotel Under 200 Rooms – Europe Award in The International Hotel & Property Awards 2018

design et al are delighted to announce that OAB. Office of Architecture in Barcelona have been shortlisted for Hotel Under 200 Rooms – Europe Award in The International Hotel and Property Awards 2018.

Located next to the sea near the city of Bodrum, the ancient Halicarnassus, and in an enclave, that is currently being urbanized called Kaplankaya. The building which is reached from the high ground, is organized via a lobby consisting of a cascade of spaces in which the different ‘arms’ of rooms on the various floors lead to the ground level, where the restaurants and connecting areas, the garden, and the beach are found. Although using rectilinear lines in its design, due to its large size, the building sets on the landscape in an organic approach, a sort of animal that settles on the topography.

Building a hotel and spa into the side of a mountain along the Aegean coast in western Turkey, the project team for the Kaplankaya Phase 1 project sought to preserve the stark beauty of the natural landscape while constructing on a remote, undeveloped site. The overall intervention consists of 2.1-million-sq-ft project, undertaking complex logistical planning to preserve the natural greenery, ancient trails and coastal landscape around the site during construction. Contractors used much of the material recovered from the excavation in the hotel’s 500,000 sq ft of stone retaining walls, a creative form of reuse. The resulting structure is integrated into the topography of the waterfront mountainside in a series of cascading spaces that reflect the wild coastline on which it is sited.

Lead architects Borja and Carlos Ferrater, from Office of Architecture Barcelona (OAB), sought to keep the design of the space within the shape of the mountainside, resulting in a series of low, sloping buildings that descend to the coastline. The development includes a hotel, with 141 rooms (out of which 66 bungalows and 75 rooms) and a spa. For the interior spaces OAB worked with the Barcelona based GCA-Architects, which were to bring a modern and elegant look but also using natural materials that integrate in the country-side and coast resort look.

Limited access to the jobsite was a major hurdle that needed to be cleared, not only for workers but for the delivery of building materials, as well. The site of the Kaplankaya hotel was accessible only by a 45-minute boat ride along the coast, with no suitable roadways going to the site. Despite these challenges, the team was able to maintain the project’s schedule and avoid any significant delays. The hotel is designed as a new, previously unseen typology: a configuration that, from the centre, is articulated and organizes the functional program constituted by open and closed spaces in the form of branches which adapt to the topography, creating spaces that promote privacy, light and top-class views, atmosphere and landscape.

OAB. Office of Architecture in Barcelona