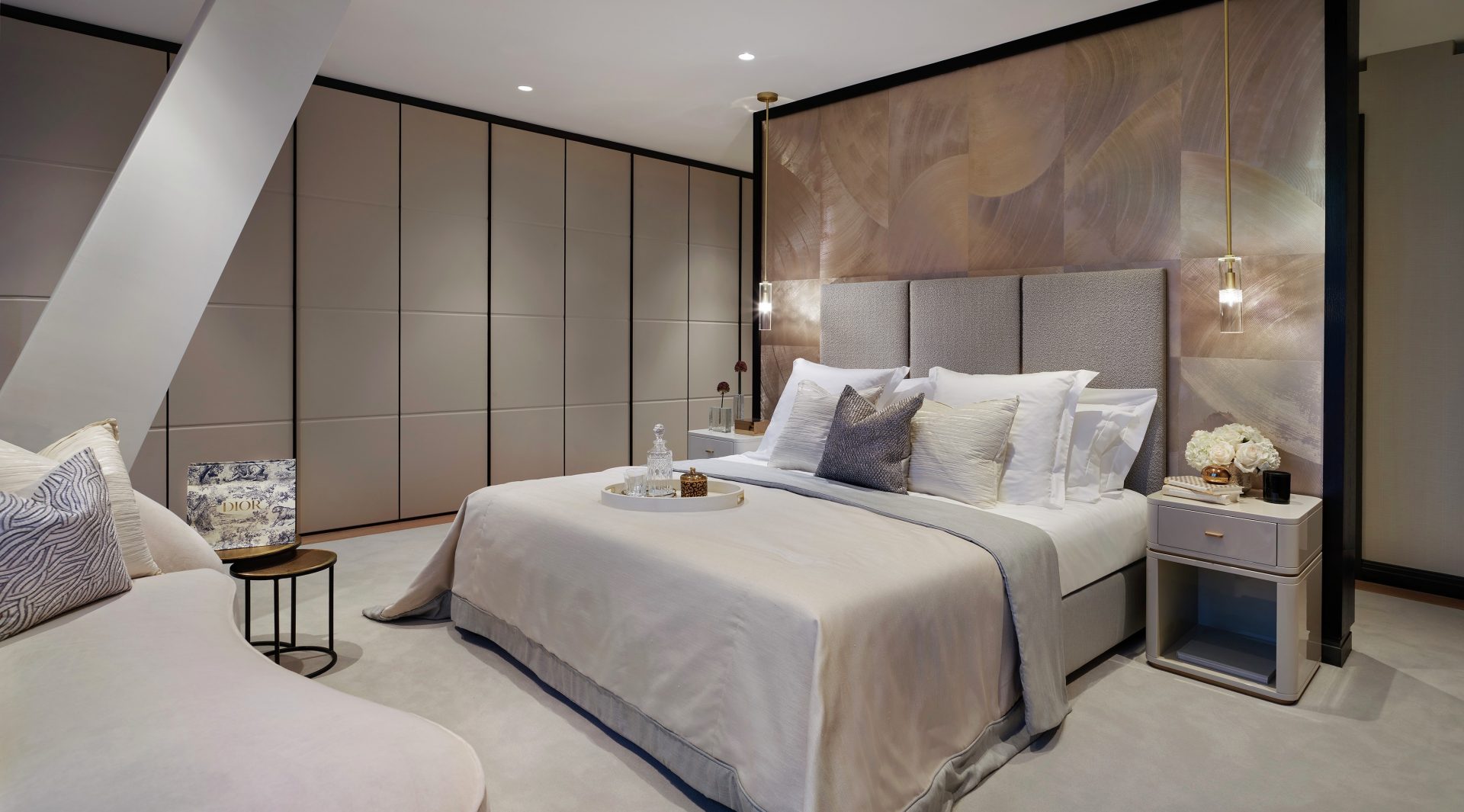 One Blackfriars Apartment by Raven & Lack

Raven & Lack have been shortlisted for Residential £1-2.5 Million (Project by Value) Award in The International Design & Architecture Awards 2020.

Raven & Lack were enlisted for the interior Design and FF&E Design for a 3-bedroom high-rise residential apartment in the new arts precinct of the One Blackfriars development.

The interior inspiration was a reconnaissance into the ideals of modern British design. Raven & Lack’s stimulation was acquired from the rectilinear geometry of the distinctively British tartan pattern. Tartans are quintessentially British, both sophisticated and rebellious in nature, perfectly suited to the unique buyer profile. From Vivienne Westwood to Alexander McQueen, it has conquered both street fashion and haute couture, and Raven and lack extrapolated the geometry of tartan and instilled into subtle & stylized elements throughout the architecture and FF&E.

The client requested an uplift for the apartment to a very high level of finish, with a unique narrative developed specifically for the apartment.  Because Raven & Lack were given carte blanche from the beginning the interior architecture and FF&E design reflect the narrative of place and ensured cohesion in the detailing and palette throughout. For the designers, there was a firm focus on an identifiable sense of place in London, a celebration of the New Arts District of Southwark, and the connection to the magnificent 180 degree views these signature apartments offered.

Raven & Lack believe that the success of this project lies in the celebration of the ‘Best of British’ artisans and craftsmen with the majority of items from wall finishes, to joinery to feature lighting developed specifically for the project.

The architecture of the building is inspired by the Lansetti Vase by Timo Sarpeneva and Raven & Lack’s interior focused on the cool sculptural elegance, and high-quality execution of the glazed piece. Visually the glazed curtain wall construction is broken down into a modernist grid which itself sparked the original idea for the overarching concept of the tartan.