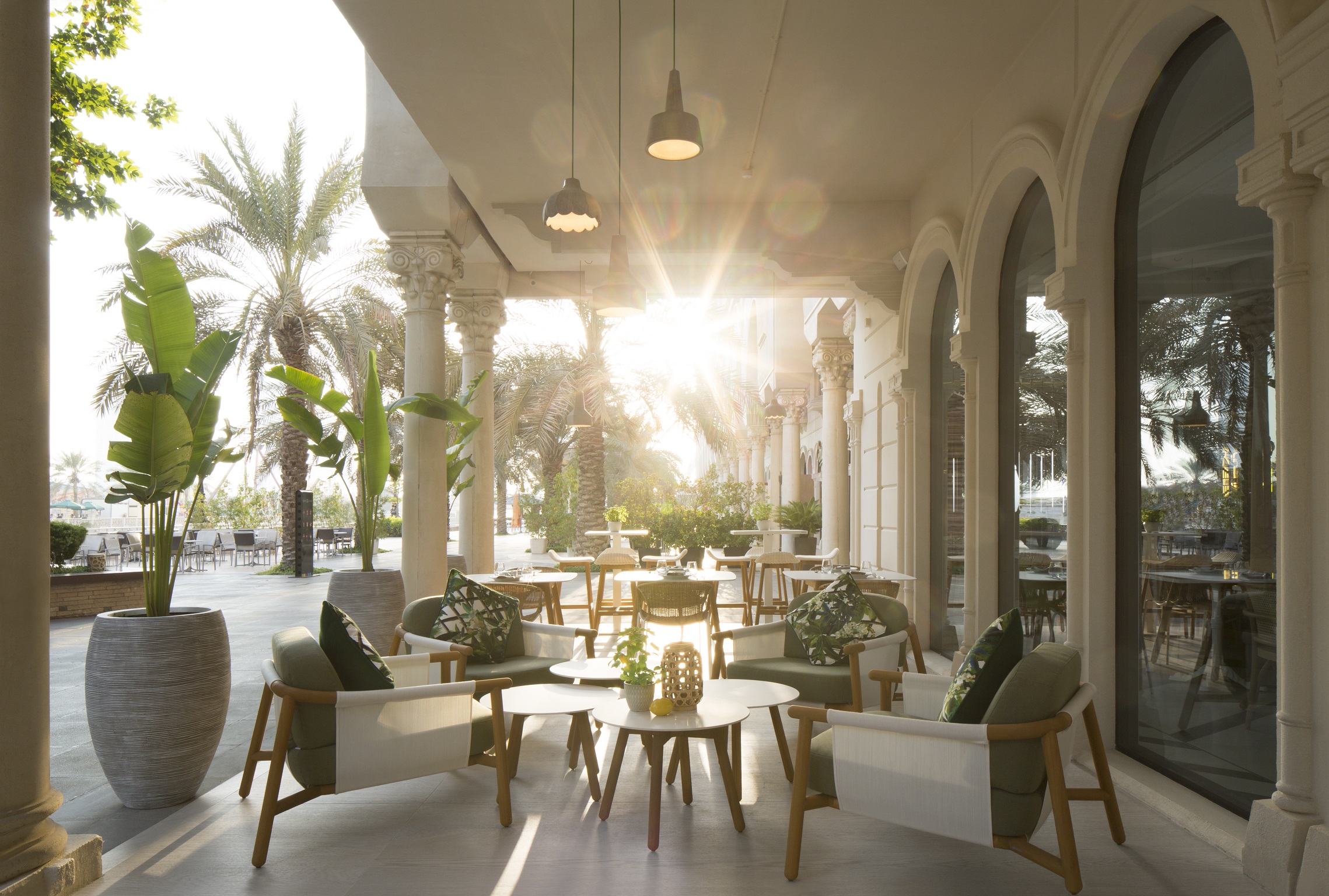 design et al are delighted to announce that Pallavi Dean Interiors have been shortlisted for Restaurant Award in The International Hotel and Property Awards 2018.

Shababeek is a refurbishment of an established Lebanese restaurant in Sharjah. While the restaurant had built up a loyal following, the menu and design had become dated and a complete overhaul was necessary. Work on the food and design concept began in late 2016. The restaurant closed for refurbishment in early 2017 and re-opened on November 23rd, 2017. The brief was to create a destination restaurant for Sharjah. The owner is a senior member of the ruling family, and the goal was a restaurant that would be more than just another Lebanese eatery: a world-class outlet that would raise the bar for the restaurant scene across the entire emirate.

Beirut-based celebrity chef Maroun Chedid developed a menu that blends the best of Lebanese and Emirati cuisine with an innovative, modern twist. Dubai-based Pallavi Dean Interiors created a design to complement and showcase this culinary approach: inspired by traditional, regional design cues yet with a contemporary ‘wow’ factor. The olive tree that dominates the restaurant lobby is inspired by the olives and olive oil that are the bedrock of Lebanese food, Chef Maroun’s being no exception. The birds that flock to the tree are represented in the custom-designed wallpaper on the ceiling by Pallavi Dean, with images of birds, plants and trees found in both the Levant and the Gulf. This series of digital collages is created by Dubai-based art collective, The Attic. Their fascination with the UAE’s natural environment has been an ongoing focus of their work; in this mural the artists have created a series of ornate patterns from plants native to the UAE.

Pallavi Dean Interiors developed a design story around the concept of ‘fusion’, reflecting the fact that Shababeek is the result of not one single inspiration but an eclectic array of influences. These range from Mediterranean cuisine to Khaleeji wildlife, from French fashion to Romanesque architecture. Crucially, they are all blended together to form an elegant, sophisticated and – most importantly – contemporary design language. The concept for the design and the food were developed in tandem from the outset. From an early stage Pallavi Dean Interiors worked closely with Chef Maroun, Sheikha Bodour’s hospitality consultant Zohra Qureishi, and branding experts such as Two Thirds. The result is a design identity that seamlessly integrates the physical design with the menus, uniforms, tableware and branding.

The design acknowledges the Roman and Islamic architectural influences that have collided in Lebanon for 2,000 years. Window arches are classically Roman, while the delicate plaster moulding patterns use abstracted Islamic geometry. Parisian style is injected through the ornately bevelled rows of mirrors and patterned terrazzo flooring; both are a (very subtle) nod to the Parisian style of the 1920s Art Deco era. The main dining area is a meeting of European designer furniture (Vitra and Thonet) and custom benches and tables made by local carpenters and upholsterers in a Sharjah workshop. (The owner, Sheikha Bodour, was keen support and showcase the talent of local artisans).