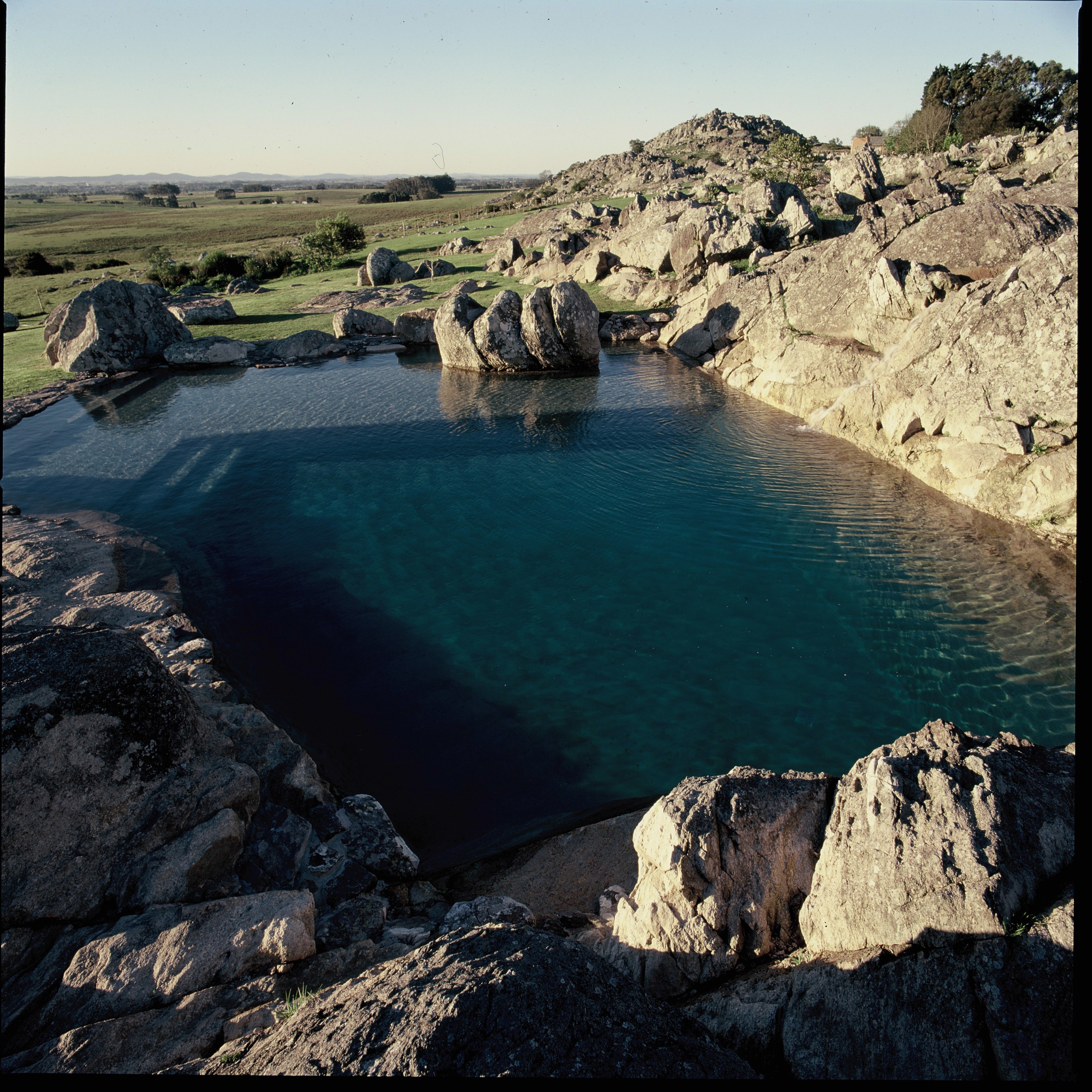 design et al are pleased to announce that Rosa May Sampaio has been shortlisted for the Swimming Pool award in the International Design & Architecture Awards 2016.

The property is in Punta del Este, which is known as the “South American St. Tropez”, and also boasts fantastic rural properties. In this rustic farm, just ten minutes away from the beach, the desire of the owners was to build a pool that seemed at one with the surrounding landscape.

The chosen place, just a short walk away from the house, faces west, overlooking the sunset and protected from the wind.  The first step in the construction was exploding part of the original rock with dynamite.

Other rocks were brought in to create the borders, and in the explosion one rock was left in the middle, creating an island of sorts. The pool’s bottom was covered in cement, the same color of the surrounding rocks, providing a specific and enjoyable tone of blue for the waters. The floor also hides the water system, with a pipe that recycles the cleansed water, which falls through the rocks, like a waterfall.