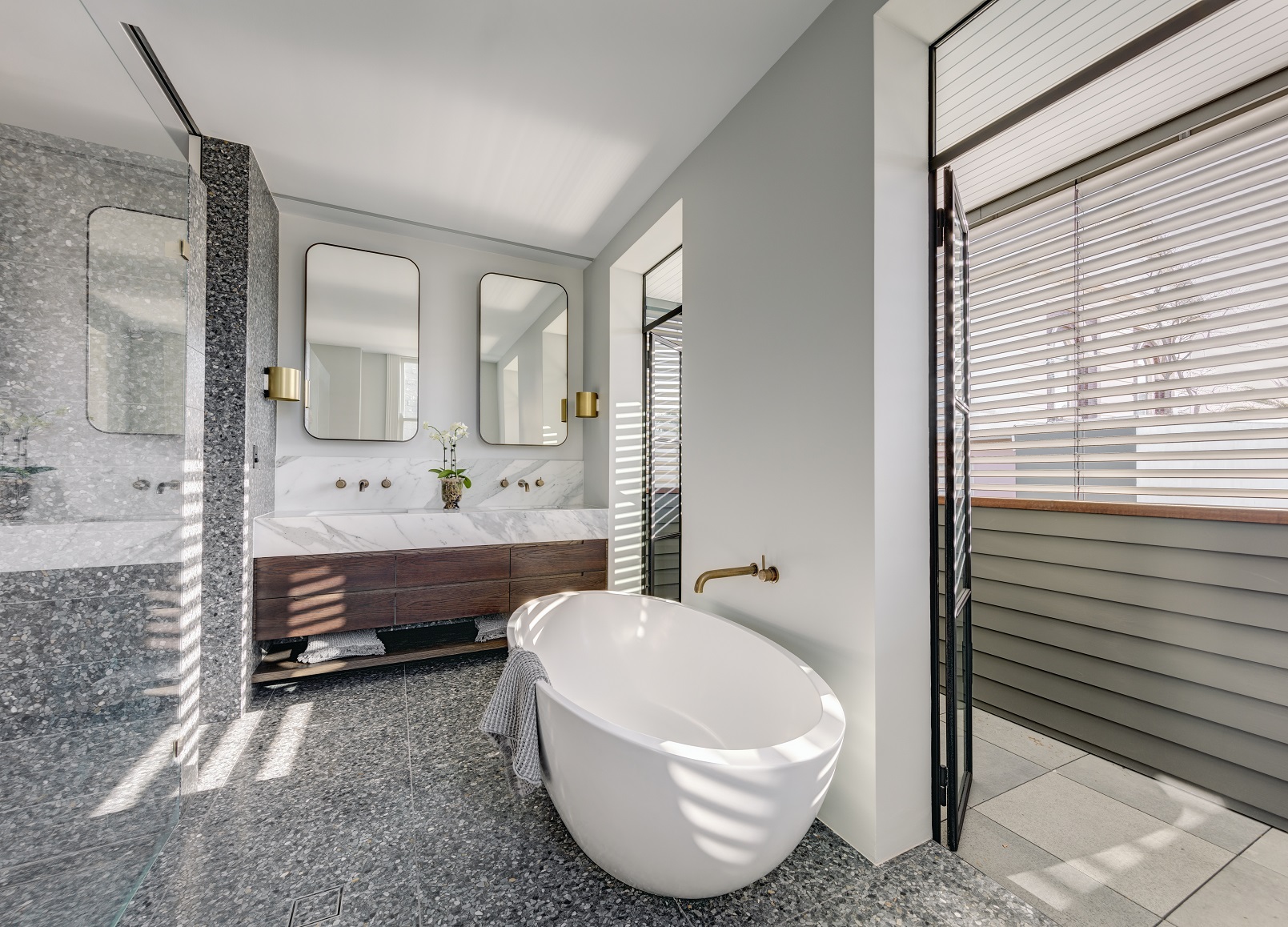 design et al are delighted to announce that Roth Architecture have been shortlisted for Bathroom Award within The International Design and Architecture Awards 2018.

Greenbank Terrace is the unification of two individual entities, both featuring mid-late Italianate Victorian features dating back to 1841. Roth Architecture were tasked with the brief of creating a family home for two adults, two children and a pet. The family home was to be designed around the re-joining of two Italianate Victorian terraces based in the heart of the Paddington Heritage Conservation Zone. Both existing sites were built simultaneously in 1841 and as such, recreating the unified and cohesive front elevation was easily achievable.

While traditionally terraces are clusters of small formal and segregated spaces, emphasis was placed on the insertion of modern architecture, while being sympathetic, to create a light and airy environment. A large open core living space pops out from the existing scale and space limitation, creating an ease of circulation. Long glass walls split and open up to diminish the boundary of interior/exterior, with all structural beams and elements skilfully hidden from view to enable the best possible version of interior/exterior living.

The value of floor spaces is so high in this area that the majority of the buildings are built boundary to boundary and leave very little outdoor space. The key design idea proposed by Roth Architecture was to open the joined terraces to the north-east aspect by demolishing the entire two-story rear ring of the main terrace. The owners gained privacy of their core living spaces and were opened up towards the ideal north eastern aspect light.

The overall project was one that Roth Architecture are extremely proud of. Alex and the team created a lasting home for their clients to grow as a family in, while extending and maintaining the life of the structures themselves. A calm and balanced family home was achieved and Roth Architecture are satisfied in knowing that they have provided an exceptional design for both the site itself and the clients.