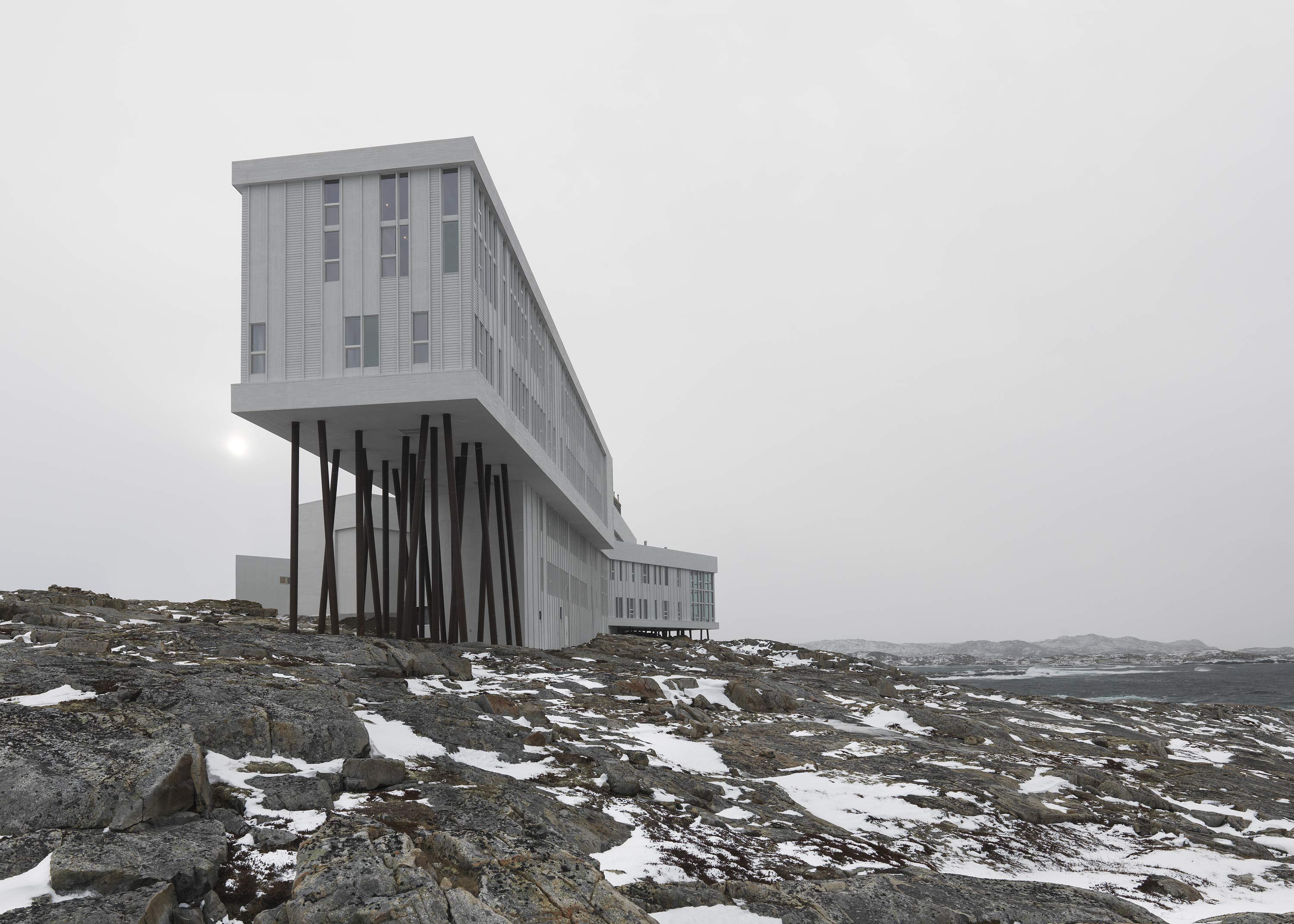 Saunders Architecture have been successfully shortlisted in the International Hotel & Property Awards 2015.  Fogo Island Inn will compete for the Hotel Under 50 Rooms Award (Global).

Fogo Island Inn is a five star inn designed by Saunders Architecture for the Shorefast Foundation on Fogo Island, Newfoundland, Canada. The Fogo Island Inn was conceived by the Shorefast Foundation, a Canadian charitable organization established by Zita, Anthony and Alan Cobb, as a building for learnings that have emerged from four centuries of lived experience on the northeast coast of Newfoundland – to help carry the past into the future.

It was created to be a cultural and economic engine for Fogo Island, one of Canada’s oldest settlements; created in response to a pressing need to find new relevance for traditional knowledge and traditional ways. The goal was to “find new ways with old things”. Engaging this cultural and intellectual heritage was a key priority in the design of the building and was a key asset in its construction. The Inn is owned by a charitable foundation and is operated for the benefit of the communities of Fogo Island and Change Islands.

The main building is an X in plan with the two-storey west to east volume containing public spaces while the four-storey south-west to north-east volume, parallel to the coast. All 29 guest rooms face the ocean and look onto the fishing grounds that attracted people to this island. Public areas include an art gallery curated by Fogo Island Arts; a dining room, bar and lounge which was recently rated as one of the top ten new restaurants in Canada by Enroute magazine; and a heritage library, and a cinema.

The fourth floor roof deck has saunas and outdoor hot tubs with views of the sea. Traditional style “shore” legs are used to support the floors while minimizing the overall building footprint and the impact on the adjacent rocks, lichens and berries.