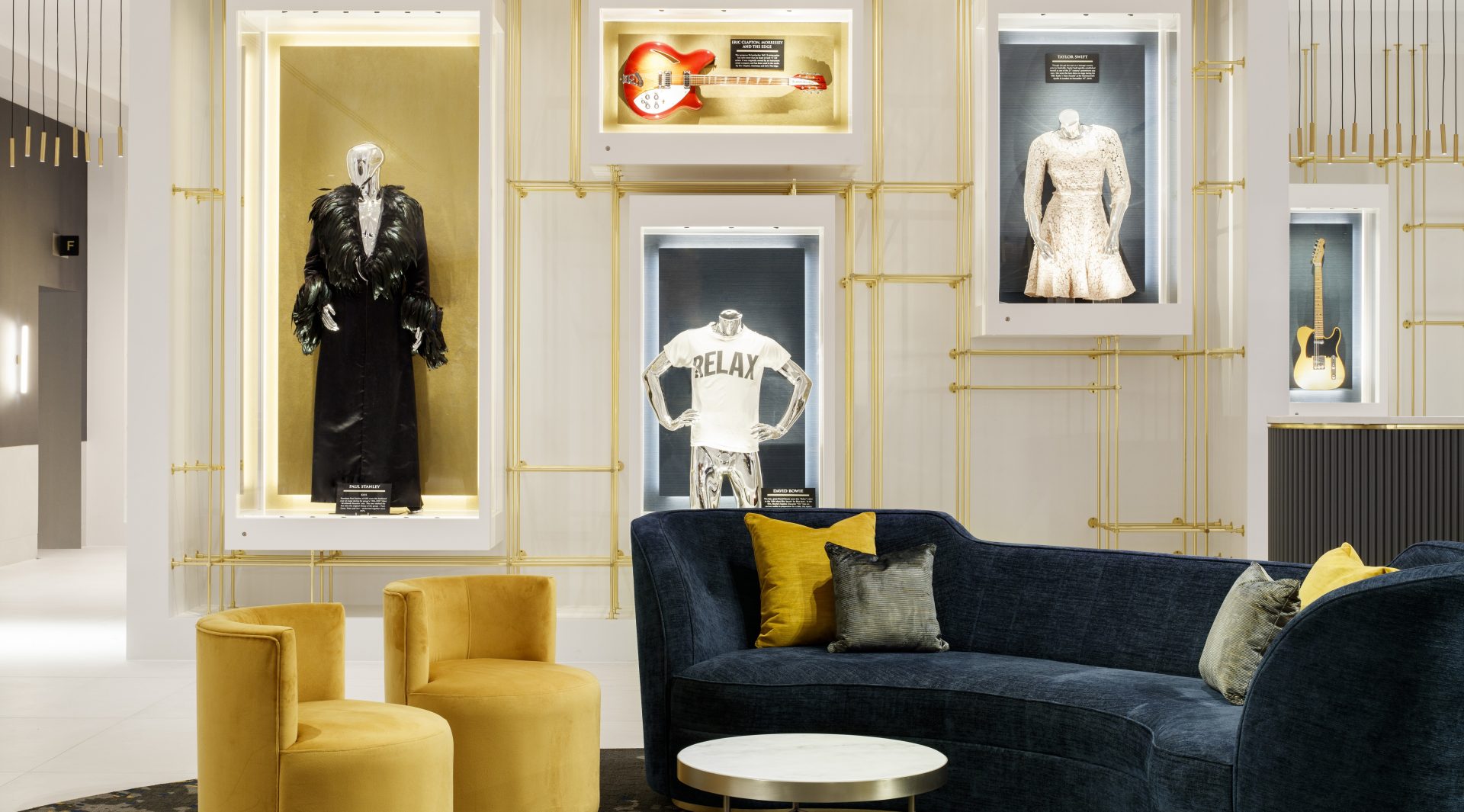 design et al are delighted to announce that Scott Brownrigg has been shortlisted for Lobby/Public Areas – Global Award in The International Hotel & Property Awards 2019.

Back in 2015 glh Hotels wanted to re-brand the Cumberland Hotel and bring an exciting brand into the one thousand bedroom hotel that looks over London’s Marble Arch and Oxford Street. They approached Hard Rock International and a partnership was formed. Together they formed a definitive design brief and brought us in to re-design the public spaces within the hotel.

Scott Brownriggs brief was specific when it came to the spaces they had to incorporate spaces such as the Rock Shop, Hard Rock Café and Rock Royalty Lounge, however when it came to the design they were encouraged to push boundaries by the client and come up with innovative ways in which they could represent the Hard Rock brand.

Scott Brownrigg worked closely with both clients to create something unique for this prestigious location and renowned brand. In terms of client satisfaction our objectives were twofold: to ensure that glh Hotels were happy with the space operationally and commercially, whilst also implementing Hard Rock’s iconic brand and atmosphere across the interiors.

The design had to represent the Hard Rock brand in an innovative way for the contemporary London market, creating a destination bar and Hard Rock Café which they are recognised for across the globe. All the while the history of the site, and its London location as context, had to pervade the brief. It had to incorporate the heritage of music legends that have stayed at the iconic Marble Arch location, including Bob Dylan, Madonna, Jimi Hendrix and Diana Ross, in a striking and referential manner. The clients wanted these incredible artefacts and their stories showcased throughout the public areas.