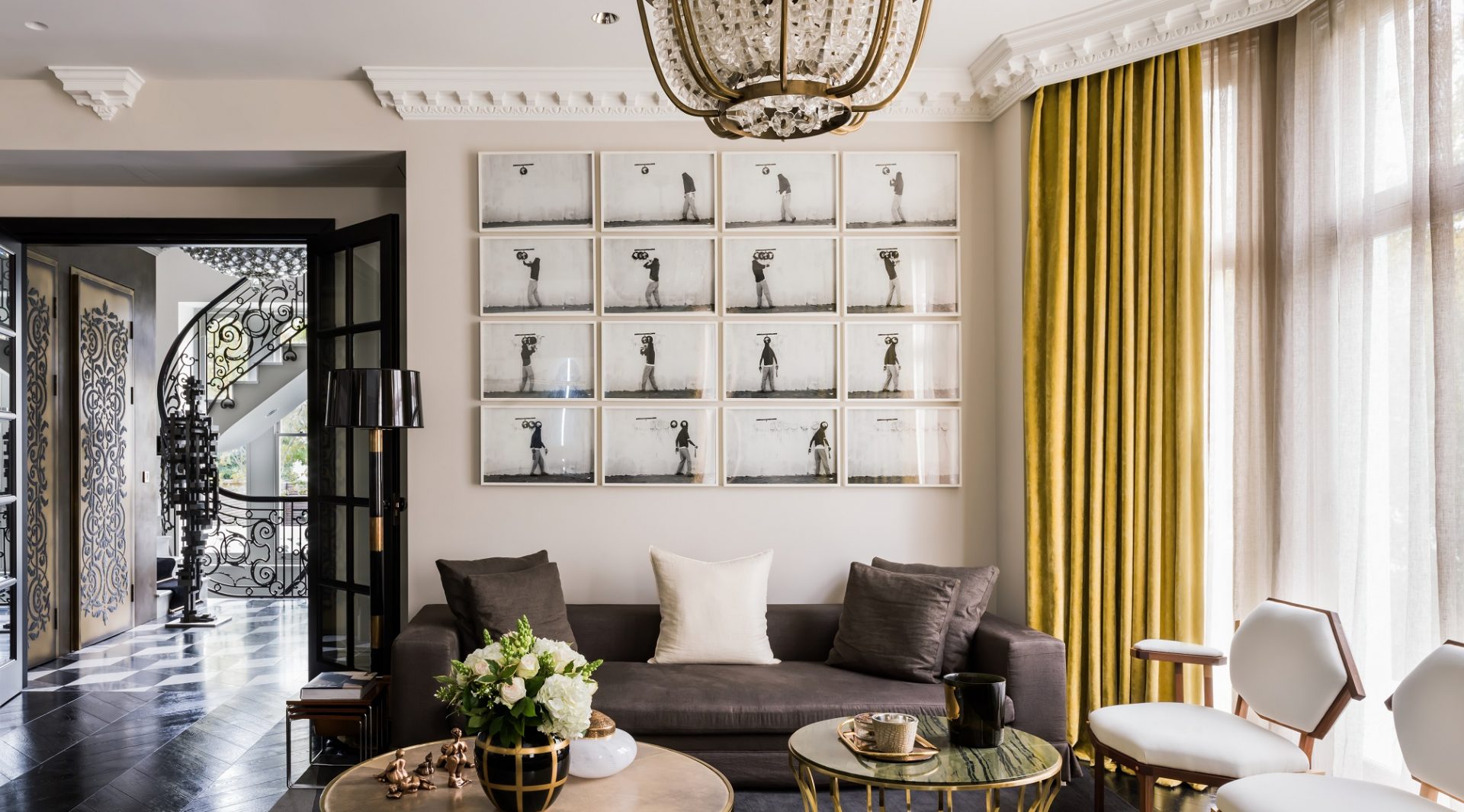 design et al are delighted to announce that Shalini Misra Ltd have been shortlisted for Luxury Residence – London Award within The International Design and Architecture Awards 2018.

Aesthetically, this project displays a range of styles. It was built in the Italian villa style, featuring a striking pyramid-roofed tower at the front of the property – a feature seen on several properties on surrounding roads. The exterior facade is partly London stock brick and partly rendered, delineating the volumes of the house. Internally, the house displays typical period characteristics – such as cornicing and skirting. The home needed to be expanded in a sensitive way, respecting the architecture and character of the house and area, particularly as it is within a conservation area. To achieve this a basement was incorporated that would not be evident from the exterior but would almost double the internal space of the house. By extending the property through a basement the garden also retained its existing size.

Remodelling helped bring ample natural light to the above ground floors. However, light needed to be bought into the basement, so the three light-wells were extended, dropping down from the garden to the courtyards in the basement. A large green wall was planted on the north-west facing wall, providing a garden even at this subterranean level. The basement includes a swimming pool, gym, media room and three bedrooms. Through remodelling and building a basement the total square footage of the house reached over 9,000 square feet.

One of the main principles of the brief was to incorporate the client’s extensive art collection into the redesign of the space and to pinpoint specific locations for certain pieces. This included reinforcing floors for weighty sculptures and ensuring specially sized walls were built to carry large pieces. Just as each artwork in the client’s collection is unique, Shalini Misra treated all spaces with the same view. The interior design evolved into an eclectic mix of old and new, with elements of the original architecture reinstated, such as cornices, combined with rich textures and materials. Bespoke geometric marble floors, rich woods, patterned tiles, sumptuous leathers, metallic accents, and velvets all form the varied palette of this home.

Shalini Misra drew great inspiration from the designs of the 1950-60s and sourced vintage mid-century pieces to use in a contemporary environment. The core of the house is the staircase, which ties the home together both structurally and aesthetically with striking black, white and grey cubic flooring on the landing of each floor. Every space branching off from the landing is a move in a different direction with varying palettes, styles and materials creating elements of surprise in every angle and at every corner.