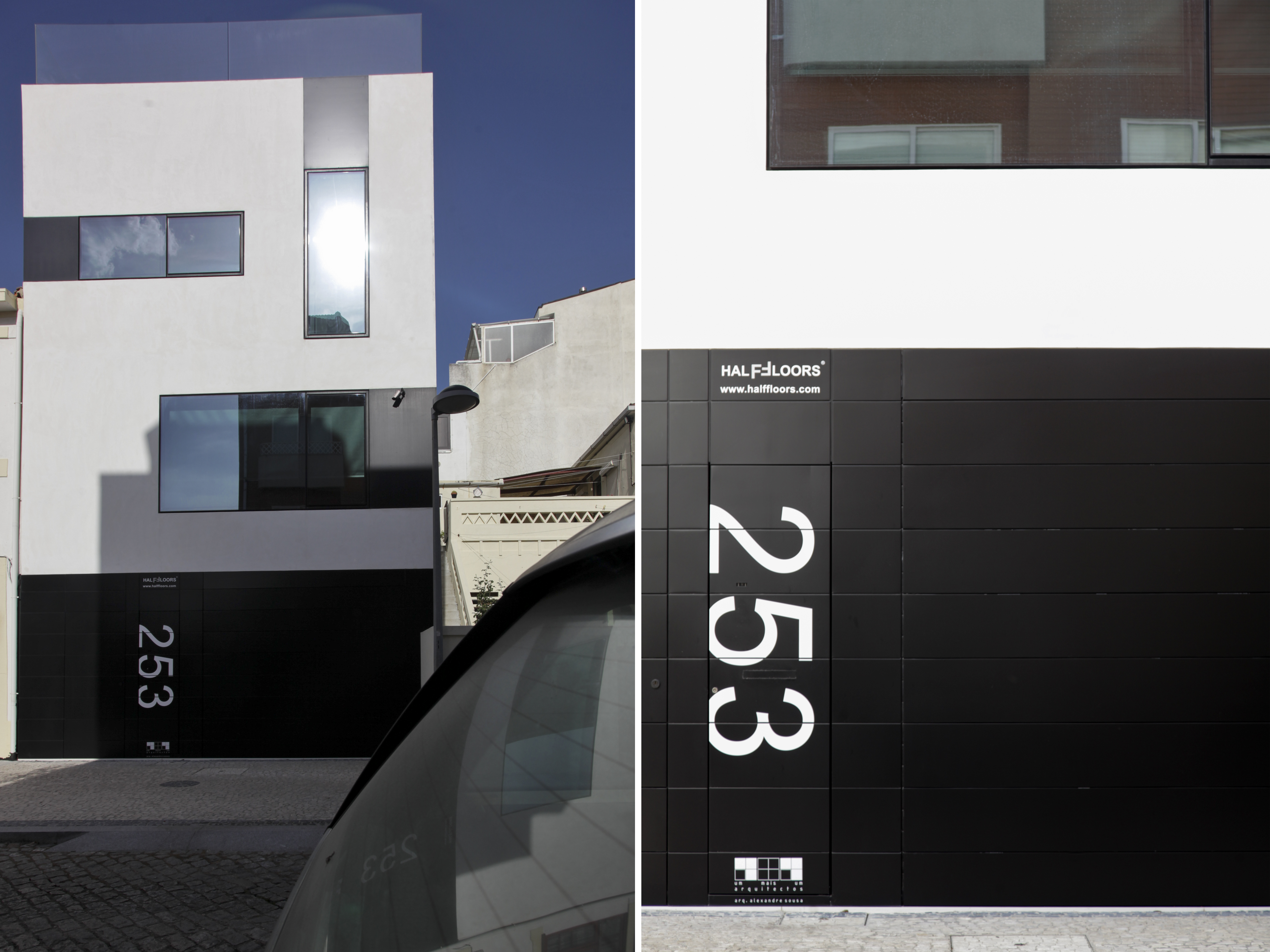 Pedro Brito has been short listed in the ‘Residential Architectural Property’ category of the ID&A Awards 2013 with his project House Halffloors.

The house, designed by 1+1 Arquitectos, was built on a central city terrain with 80 square meters. Halffloors now has 277 square meters (useful), an architectural achievement using half-floors! The house has three bedrooms, one dining room, one living room, one office, three exterior accessible areas; one a complement to a bedroom, another on the dining/kitchen level and which is made of glass and the other a rooftop where there exists a swimming pool and a two car garage with car lift.

The house is simple. It is organised in a vertical and hierarchical way. The social areas are on the inferior floors and the private areas on the superior levels. To achieve great visual amplitudes and dynamic interconnections between spaces, the interior was structured in half-floors. The width of the plot decided the stair. In fact, it became the heart of the house. Positioned adjacent to those spaces is a courtyard that together with the half-floor structure induces a vertical continuity, creating a gentle horizontal connection.

The courtyard affords a sense of depth and expansion to the spaces, allowing for all the floors from the basement to the first to be experienced as one space connected vertically and horizontally. It’s a minimalist house with a unique design! All interior decoration was specifically designed, from the wardrobe, dressers, kitchen (by Miele), bedrooms, bathrooms (made in DuPont Corian®) and office furniture. The predominant colours in the house are white and black creating a unity between the spaces making it very lightweight and “clean”, with the exception of the couch, specifically designed for this house.

Planned and designed taking into account environmental concerns, Halffloors® is an unfamiliar house with Class A + energy certification.