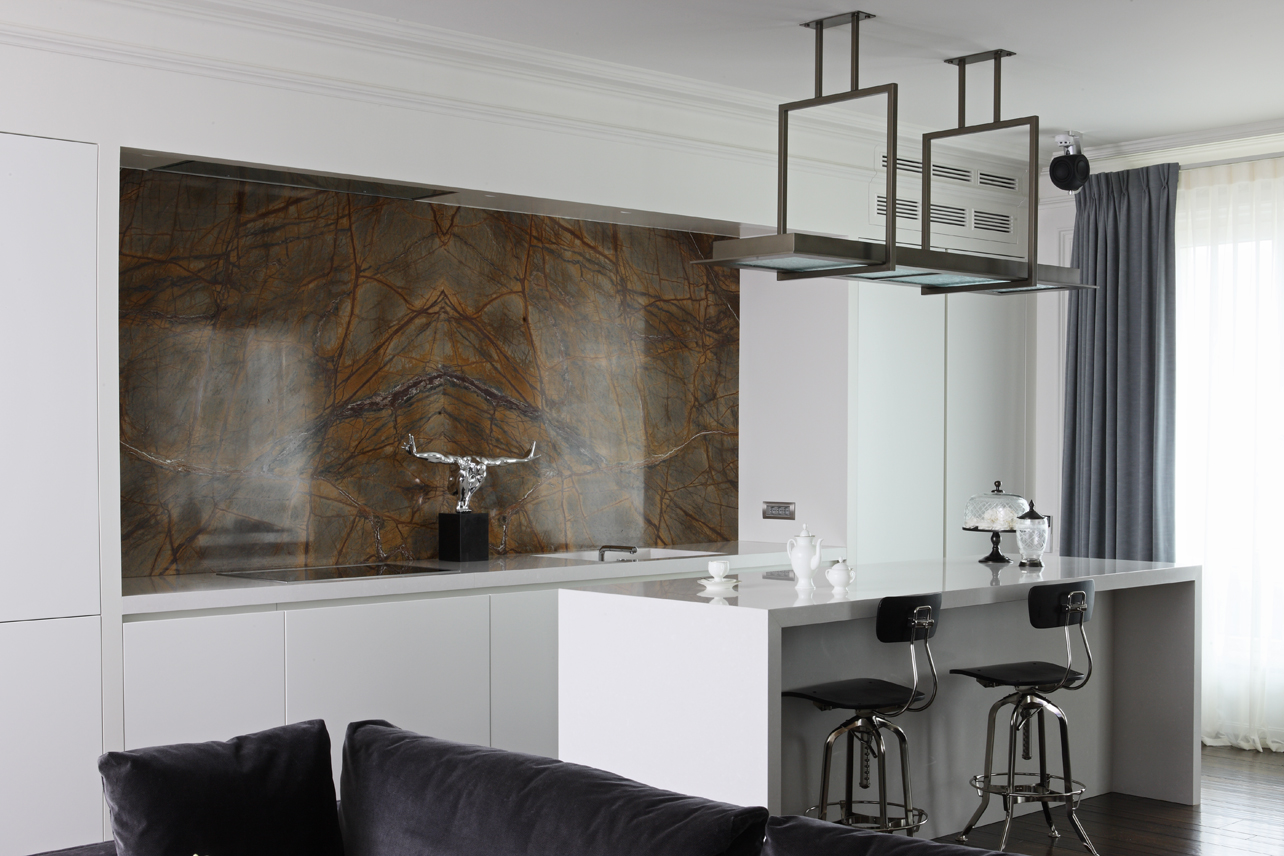 Russia based, Architecture & Design by Oleg Klodt have been shortlisted for the Kitchen Over £50,000 Award in the International Design & Architecture Awards 2014.

The brief was to lay the apartment out into three areas including a large open-plan space (lounge, dining room, and kitchen). The designers were also asked to provide storage space and work these organically into the floorplan of a fairly small apartment. The owners wanted a calm and classic interior.

The most challenging aspect in creating the large open-plan space way laying out the kitchen. The design team had to combine the living room, dining room and kitchen so that the overall resulting space didn’t seem clogged with interior items. They went for an overtly neutral approach for the kitchen – a simple white facade, without any handles, with the functional area of the kitchen tucked away in a kitchen island. All the technical features of the kitchen slot away – even the kitchen tap can fold out of sight, and the extractor hood is built into a stone portal. The stonework on the kitchen surround is made like an elegant panneau – the only decorative element in this part of the apartment.

In the rest of the open-plan area are simple white paneled walls combined with dark oak floors. The floors had the designers special attention as they chose floorboards of different widths, and gave them an artificial aged look. It’s the floor which brings the warmth to the cool-toned interior.

The style of the décor arises from a combination of beautiful objects – different shades of purple and blue intertwine against a monochrome background, ranging from calm to lustrous tones. Meanwhile the upholstery features fabrics with contrasted textures and sheens – including Alcantara, suede, and velvet. The design team took the same approach when selecting the lighting, and juxtaposed different styles of lamps in unusual shapes. The light plaster moldings play off attractively against the C19th oil-paintings in extravagant gilt frames.