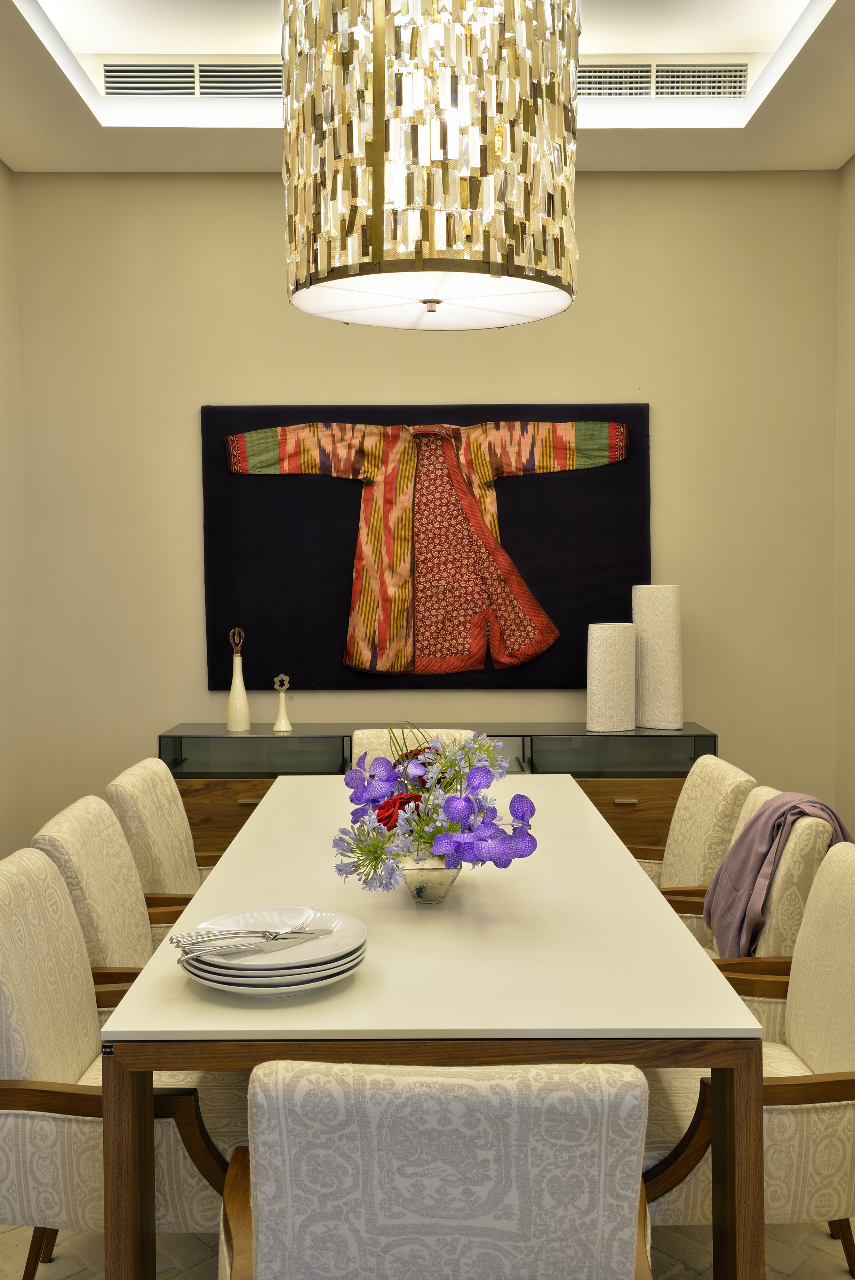 The brief was to design three showcase apartments in three different styles. Each final design is different in terms of finishes, patterns and furnishing – the featured project is the “Modern Islamic” design. The final three palettes are currently being applied to a further 180 apartments.

The interiors for the three styles, created by Eklego Design, had to reflect there distinct personalities and moods to suit various client tastes – the final result was the“Natural Zen”, “Urban Chic” and “Modern Islamic” designs.

The Modern Islamic style features a palette that is based on contrast with the predominant use of geometric pattern and an eclectic mix of patterns and textiles (ethnic meets modern). The design was to appeal to a well-travelled and cultured family.

Adaptability is key to the design of the apartment. The design aesthetic and functionality are flexible so that users are able to personalize their space and make the environment their own. The subtle use of top quality materials and finishing are key features in the interior design, as well as a the strong link between indoor and outdoor space.