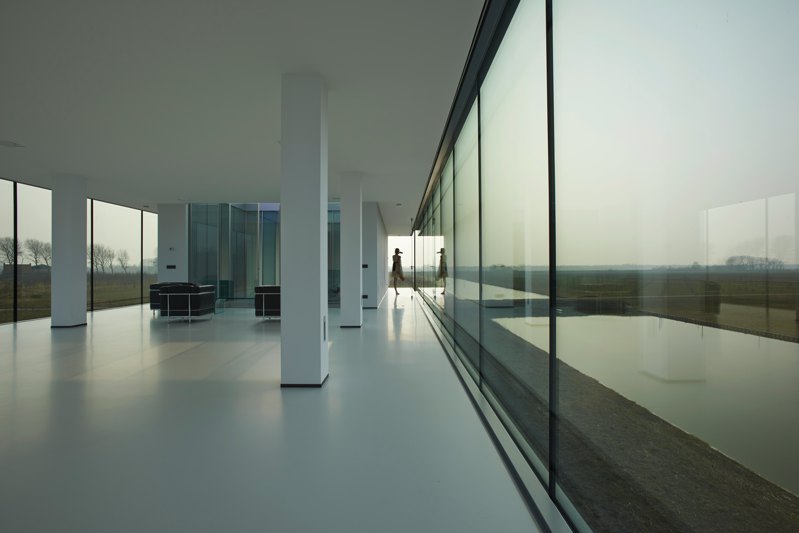 It was an important wish from the client to create a simple, abstract, sustainable, yet spectacular villa. The result is a composition; consisting of two square stacked volumes: one underground and one floating above ground. It is designed as an uncompromising glass box, supported by a steel V-frame.

The site is part of a larger programme initiated by the government, which aims to connect regional ecological zones throughout the country. The current owner purchased the site, once farmland, six years ago. Open to the public, it is a protected habitat for animals and plants and a major tourist draw in the area. Permission to build a house on the land was given only on condition that it was returned to its pre-agricultural state.

The villa’s main body hovers 4m above the ground, its two ‘legs’ housing a concrete staircase at one end and forming a steel V-shaped truss at the other. The house itself adds another 4m in height. Built like a bridge, the 40m by 8m interior reads as one big void, with floor-to-ceiling glazing. Sliding doors and curtain rails offer the residents, a family of four, the option of privacy in some areas.

Structural elements are integrated and invisible as much as possible. A climate-active façade (a special air cavity has been incorporated into it to help control temperature) means the ventilation and heating inside the house adjust to respond to the weather.