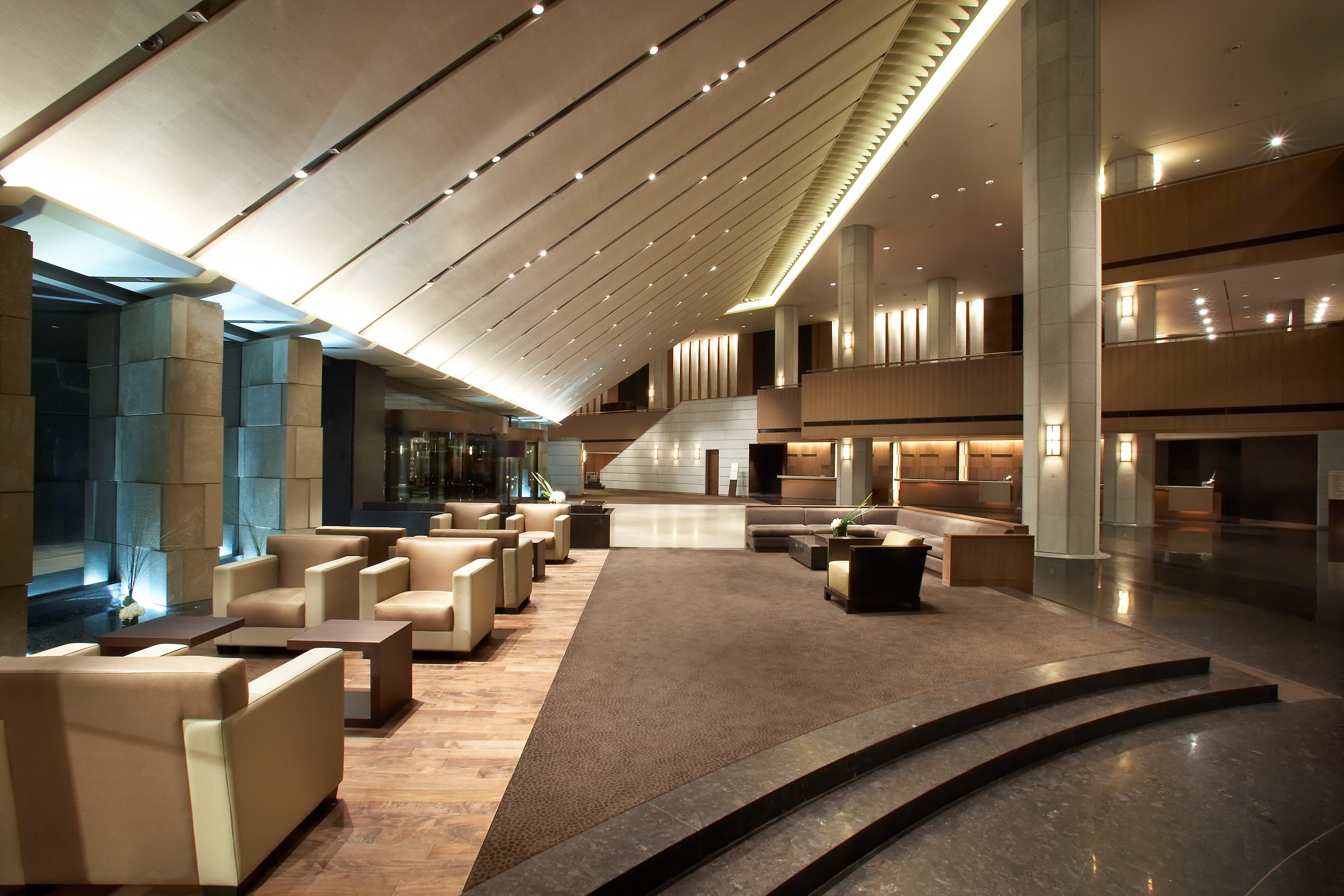 Remedios studio has achieved further shortlist success in the International Hotel & Property Awards 2015 with The Shilla Seoul competing for the Hotel over 200 Rooms Award (Asia-Pacific).

The renovations were a Herculean task with over 1,000 workers on site, but the hotel was closed for a mere seven months (almost unprecedented for a project of this magnitude) and officially reopened in August 2013. Today, guests approach The Shilla Seoul along a sweeping tree-lined drive, circling a fountain and past a cluster of traditional Korean pavilions, all designed to evoke a sense of grand homecoming.

On arrival, guests enter the vast lobby with its triple-storey ceiling height, punctuated by fluted, hand-dressed granite columns. Rather than encase the forty-year old, structural columns, Remedios decided to turn them into a feature, lighting them to now resemble “contemporary chandeliers”.

In a vast, open space, the challenge is to create comfortable pockets of intimacy. With The Library, adjacent to the Lobby Lounge, Remedios had the dual task of recapturing the circulation space, as well as transitioning from a three-storey space to a single-storey one. His solution was to position a series of bookcases in a circular fashion, drawing guests towards the centre, where a welcoming fireplace awaits. Echoing the space is a circular retail pod leased by luxury tobacco brand Davidoff.

Over the last few decades, hotel guestroom sizes have increased, along with our expectations of indulgence and luxury. Remedios turned to perhaps the most iconic of luxurious small spaces for inspiration: the super-yacht. He designed the rooms to visually borrow from adjacent spaces, using glass sliding doors between bedrooms and bathrooms that retract completely, and similar toned stone and carpeting for the floors. To work around the challenge of the existing windows, which were relatively small, Remedios had the ingenious idea of framing the windows with a wide strip of reflective gunmetal. With a similar effect that eye-make-up has, the wider frames visually extend the eye, magically making the windows appear larger, while looking like a deliberate design feature.

Bearing the essential elements in designing traditional Korean accommodation in mind, we shied away from trendy materials and opted for classics such as stone, wood and high-quality fabrics in an overall, neutral palette of black, white and taupe, with an emphasis on the play of pattern and texture.