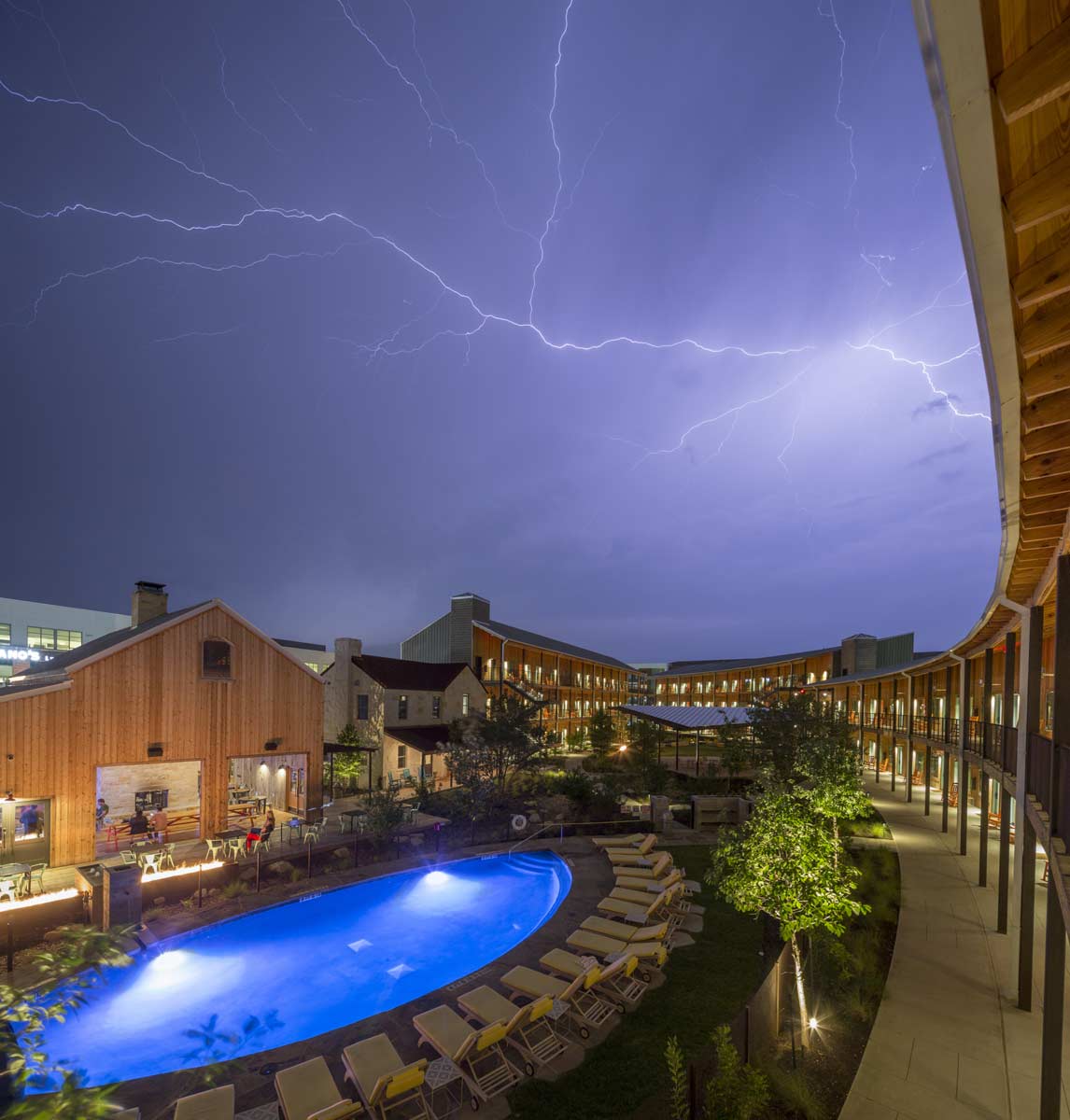 design et al are delighted to announce that RTKL Associates Inc. have achieved further shortlist success in the International Hotel & Property Awards 2015. Lone Star Court in will compete for the Hotel 50-200 Rooms Award (The Americas and Caribbean).

This is a small (124 keys), mid-rise hotel located at the southernmost end of a phased, Master-planned mixed use (residential/retail/office) development.

The client’s idea for this first of many similar hotels was based loosely on the Motor Courts of the ‘40s and ‘50’s. In those days these hotels were organised around a motor court where patrons had the opportunity to park a car immediately outside the guest room they would inhabit. The motor court was convenient and also helped establish and sense of place.

More importantly, in that regard, was the architecture of those properties that was often quite unique to the place where it was built. Located in Austin, Lone Star Court plays off the theme of Texas Hill Country Ranch architecture where the public buildings are treated as if they were part of an old ranch that’s fallen into disrepair and been abandoned on site (house, barn, out-buildings). In the case of the Bar/Lounge, the old ranch barn has been “restored”, but has a modern three-dimensional steel window element inserted for display, scale and interest.

The guest room buildings (4 vary from 2 to 3 floors) are treated as contemporary elements. Three are curved and do the majority of the work defining a landscaped interior courtyard which also holds an open-air function pavilion and in-ground swimming pool.