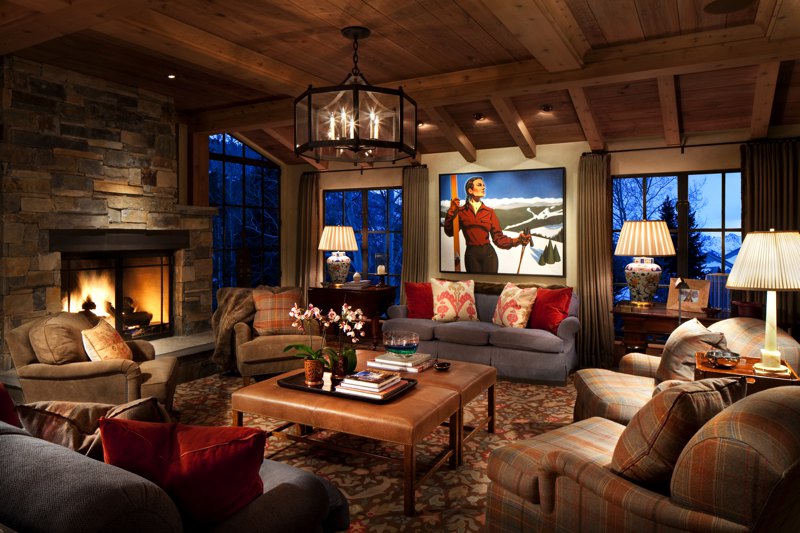 design et al are delighted to announce the success shortlist for Shepherd Resources,Inc./AIA for the Ski Chalet Award in the ID&A Awards 2014.

Privacy, quality, and detail were the focus of this ‘jewel box’ in the Rocky Mountains influenced by alpine European vernacular.

This new custom home replaced an existing home, which unfortunately ignored views, light, interface with its setting, etc., and had irrecoverable spaces that functioned and interrelated poorly.

This is the second home designed for this particular client. With street on three sides, the priority was upon creating appropriate privacy, both inside and out, yet also the opportunity to put much of the home on display from the street. The client willingly chose to build considerably less area than was permitted by its zoning, preferring instead to build smaller with higher quality…, a ‘jewel box’, as he described it. Such an approach is virtually unheard of in Vail, given the real estate values.

The client has a romantic preference for traditional, alpine European resorts and vernacular, so the goal was to create a traditional, Alpine European solution, yet updated with modern influences. The guest wing is expressed as a small, aged chalet, to which the larger, more current part of the home was attached. High detail, high quality. Liberal use of copper on the windows, walls and roofs. Other windows are in iron with mixed glass and some iron panels. The project features the finest quality wood detailing and woodwork, both exterior and interior. Despite the presence of streets, a high priority was placed upon light and transparency through the primary living spaces. Private, intimate exterior spaces offer wonderful outdoor living without compromising privacy from the street.