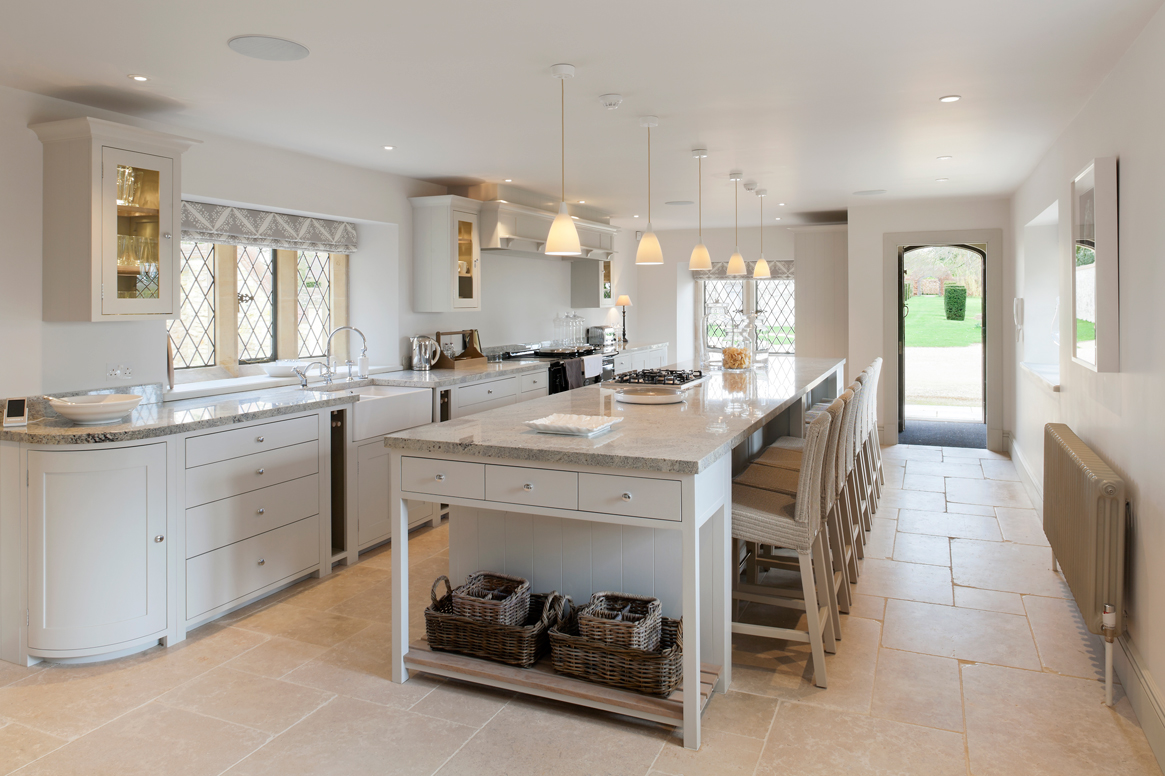 Further Shortlist Success for Sims Hilditch with a project in the Kitchen Over £25,000 category

Sims Hilditch have been shortlisted for the Kitchen Over £25,000 Award in the International Design & Architecture Awards 2014.

Sims Hilditch were tasked with taking a small dark kitchen and transforming it into a light and airy, practical and safe space suitable for a large family with eight children.

“Our aim was to preserve the patina of the past, whilst seamlessly mixing in a modern aesthetic to create a more comfortable and elegant family home.” explains Emma Sims-Hilditch, Director of Sims Hilditch.

Tackling the original kitchen was a worry from the start for the design team. It seemed very small and was split into two rooms and was out on a limb, but as it had only recently been installed, the client was understandably reluctant to spend time and money here when there was so much work to be done elsewhere. It was not until Sims Hilditch had worked on the project for over a year and the client had seen the metamorphosis of the rest of the house that it was agreed the kitchen needed an overall.  Sims Hilditch set about designing a stunning and practical new Neptune kitchen suitable for such a large family to include 2 Sub Zero fridge freezers, 2 dishwashers, an Aga, two additional electric ovens a gas hob and a three metre long island with 10 bar stools.

With so many children the kitchen was always going to be a busy space. As well as a beautiful design, practicality and safety were at the forefront of our minds. The space works so well because all the cooking and working area has been kept to one side of the island while the children and seating have been kept at the far side of the island.