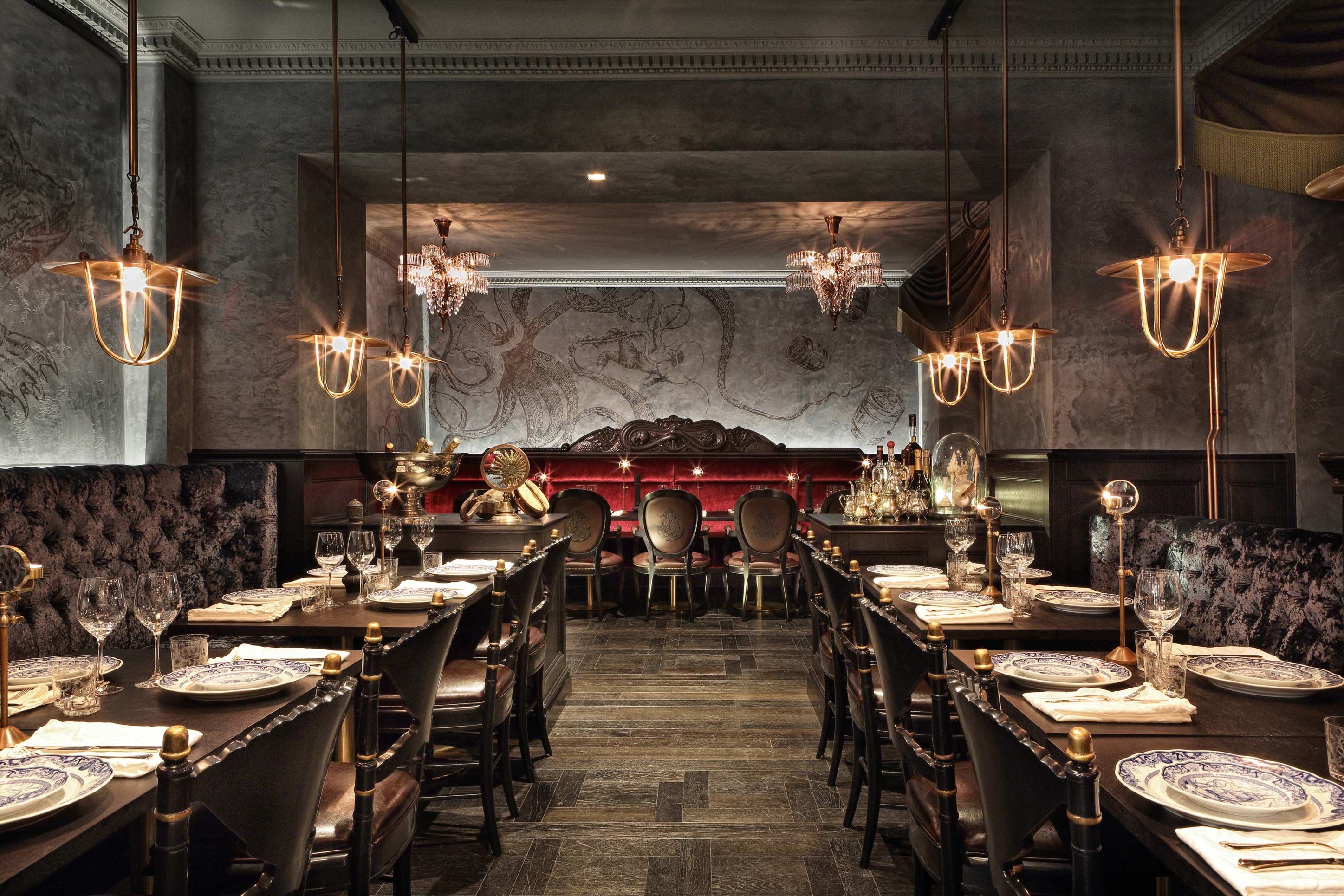 A grand hotel with a saltwater-stained past, where the seafaring heritage of the town is made visible in a unique experience in a unique place. The project is located in the port town of Umeå, northern Sweden, hard by the Baltic Sea and at the end (and the beginning) of thousands of seafaring routes.

Stora Hotellet, built by Umeå Seamen’s Mission in 1895, had a long and proud history as the centre of the town’s nightlife, celebrations and tourism. But by the late 2000s, the hotel was run-down and outdated, while Umeå itself, was thriving and had a crying need for more hotel rooms.

Balticgruppen, the large property developing company which had just acquired the venerable hotel, did not want to build more ordinary hotel rooms, however – what was really needed, in their view, was a truly unique guest experience with an unmistakable sense of place.

The town’s, and the hotel’s, maritime connections were obvious and well documented, and they proved to be a rich source of conceptual and design inspiration. The hotel that stands there today is a physical link to the area’s past, and a continuation of a long tradition. The design works because of these foundations in the historical background of the area and the town and the building.Together the design and the story form the basis of a unique experience, turning the hotel into a vital part of the destination itself.