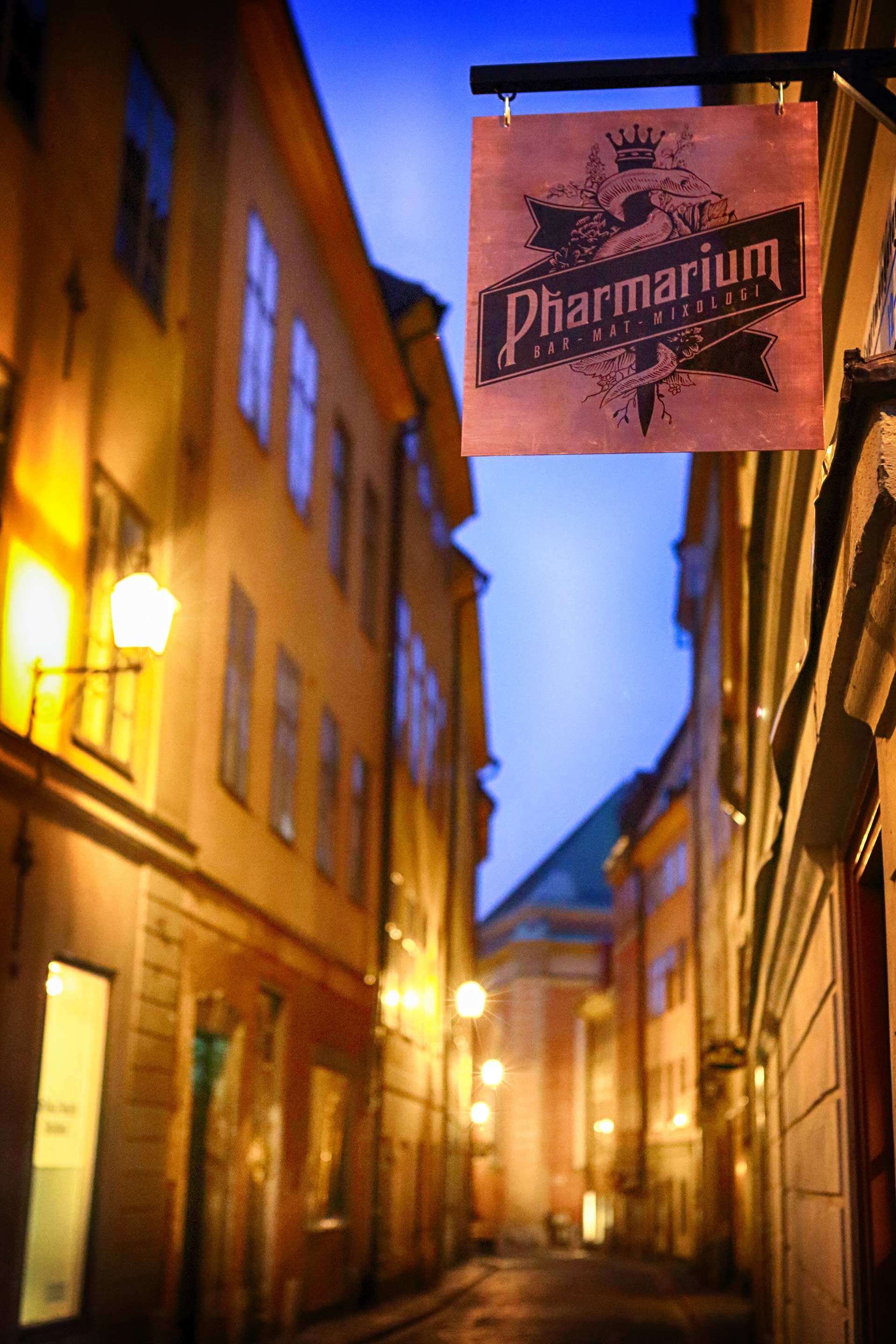 design et al are delighted to announce shortlist success for Stylt Trampoli in the International Hotel & Property Awards 2014. Pharmarium Bar will compete for the Bar/Club/Lounge Award.

Pharmarium is a cocktail bar located on the same spot where Sweden’s very first public pharmacy opened in 1575, dispensing beauty, healing and magic in the heart of Stockholm’s historic Old Town.

Stortorget is at the centre of one of Sweden’s most popular tourist sights, the Old Town of Stockholm, and while the area attracts hundreds of thousands of enthusiastic international visitors, it is considered a really difficult location if you want to attract a loyal following of choosy locals. Whatever Stylt Trampoli did had to have the power to change the perception of the entire area. Another challenge that the team had to design around was that the building itself was a Grade II listed historic property, located smack in the middle of one of Sweden’s most valued historic city environments. This put some very strict limitations on what could be done to both the exterior and the interior of the building, conceptually as well as materially.

While the opportunity to recreate a place that caters to the same basic wishes as the pharmacy did over 400 years ago, what Stylt Trampoli are truly proud of with this project is the way it has attracted the most desirable clientele of trend-aware Stockholmers, beautiful people, wary locals and picky hipsters back to an area previously considered tainted by tourism tack. The strength of the concept, and the quality of the interior, has created a thriving year round business and revitalised the area as a destination and an experience that attracts Stockholmers as well as tourists. Pharmarium both tells a story of its location, and helps to create and maintain that location as a destination.

The design works because it is based on a compelling and meaningful story with a real connection to the location. Together the design and the story form the basis of the experience – a unique one, which can only be had at Pharmarium and nowhere else. That the food and drinks served, as well as the crockery and glassware, the staff, the menus, the website and the logo are all based on that same story also helps to create a coherent and convincing experience.