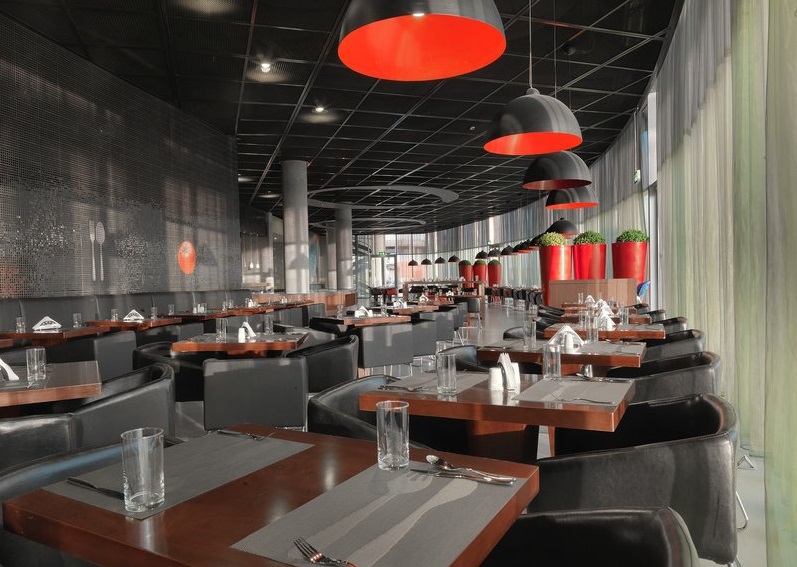 We are pleased to announce that Tarh & Afarinesh won in the IH&P Awards 2015 this time for Restaurant Within a Hotel (Global) Award.

The hotel is designed as a cluster hotel inclusive of a hotel. The two hotels have common service areas, but separated guest and public areas; yet the public areas are connected through a corridor linking the two lobbies. The restaurant has a unique interior design matching its function, though the building as a whole has a coherent look.

The hotels have been designed under international standards and a great deal of attention and consideration has been given to the design details and commitment to the design concept. Many of the elements such as lamps, furniture, rugs and woodworks… have been custom made for this project and most of decorative finishes have also been produced specifically for this project, on site. Disharmony between gray, white, black, copper, and brown backgrounds and walls and large surfaces have been courageously coloured in brilliant pink, purple, yellow, and green colours.