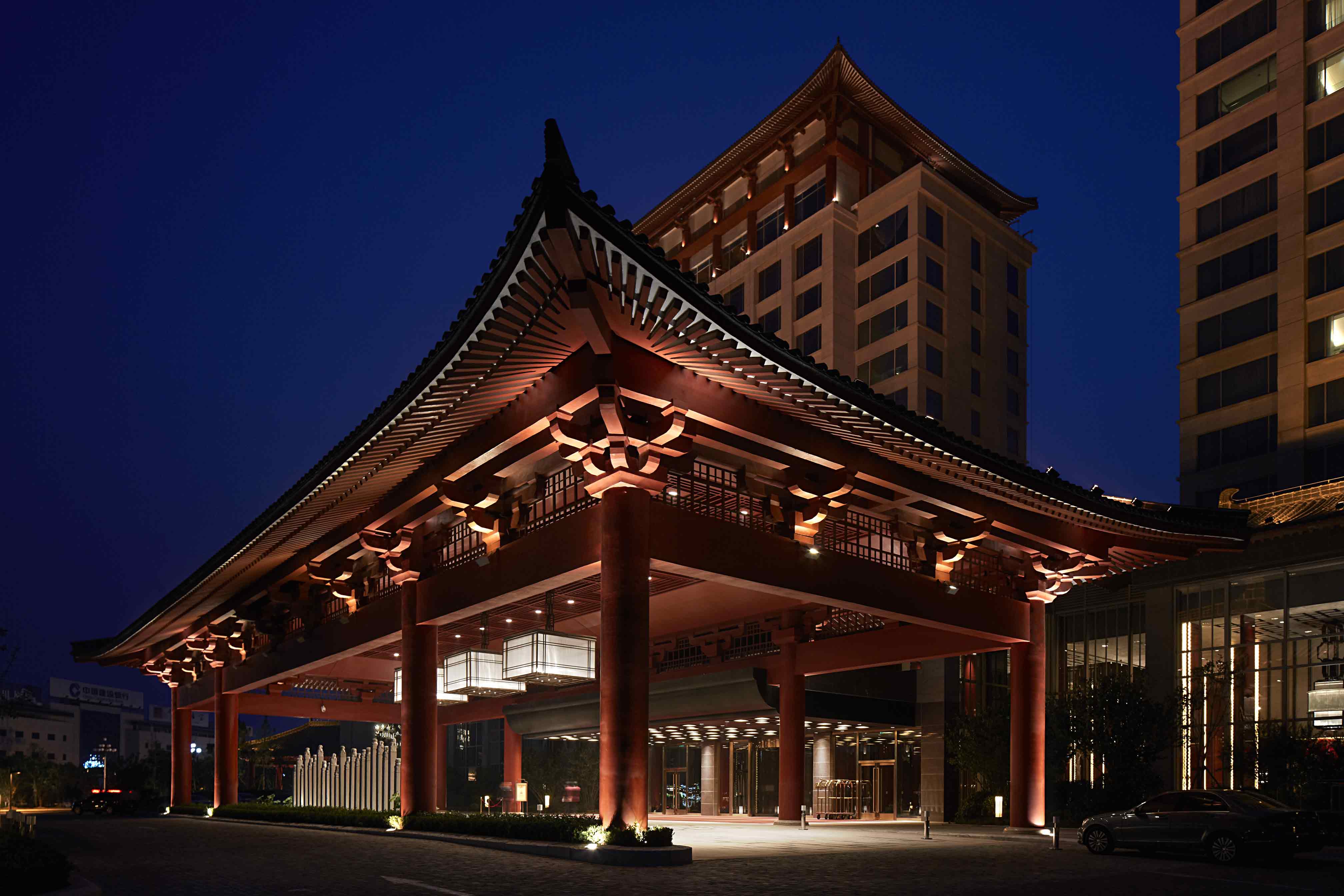 Shortlisted: AB Concept for the Hotel over 200 Rooms Award

design et al are delighted to announce that AB Concept have been shortlisted for the Hotel over 200 Rooms Award in the International Hotel & Property Awards 2014 with the Shangri-La Hotel, Qufu.

Steeped in history and rich in culture, Qufu, the birthplace of Confucius, represents China’s dual identity: while exhibiting a deep respect for the past, residents are embracing modern luxuries. AB Concept reflects this dichotomy in the design of the Shangri-La Qufu’s public spaces and function rooms. Striking a balance between traditional architectural customs and elegant luxury, AB Concept employed traditional Confucian motifs and recurring Chinese symbols to convey the sense of place and pay tribute to the location. One such cultural emblem is the traditional Lo Shu Square pattern used throughout the hotel. The square-within-a-square motif is revealed in the architecture and interiors where the designer has adapted and repeated the pattern in ceiling reliefs and marble floors. Inspired by the principles of Confucian philosophy – Order, Harmony and Hierarchy – AB Concept expressed these values through a masterful fusion of subtle patterns and sleek symmetry.

As guests enter the imperial-style lobby and reception area, the Chinese architectural principles of balance and symmetry are clearly evident. The design team has reinterpreted the traditional Chinese lantern and designed an oversized metal Wisdom Lantern that frames the central skylight and contains hundreds of smaller lanterns. Optimizing the natural light and surrounding greenery, floor-to-ceiling glass windows offer guests all-encompassing views of the Qufu landscape. With an expansive 1,500m2 ballroom, the Lo Shu is again represented in the lighting design and repeated in the carpet pattern.

AB Concept’s designs of the pre-function VIP and Bridal Rooms also incorporate aspects of traditional Chinese architecture. Returning to the principles of balance and symmetry, the rectangular VIP Room features parallel rows of custom-made lounge chairs on either side while sculpted wooden paneling extends the length of the ceiling before transitioning into a feature wall. Likewise, the Bridal Room captures a regal mood with floor-to-ceiling doors, recessed lighting, textured fabrics and inspired splashes of deep purple.

The hotel is the city’s first international luxury property. Within walking distance of the Temple of Confucius, the hotel is already regarded as a local attraction with residents drawn to its central location and breathtaking façade. Its majestic design is a striking silhouette on the horizon, evoking the appearance of a traditional Chinese pagoda with its imposing pillars, interlocking beams, delicate latticework and upturned eaves. A landmark on the Qufu landscape, the new 325-room hotel has transformed the once-sleepy historical city, marking a new era for the Qufu community and sparking renewed interest in the location.