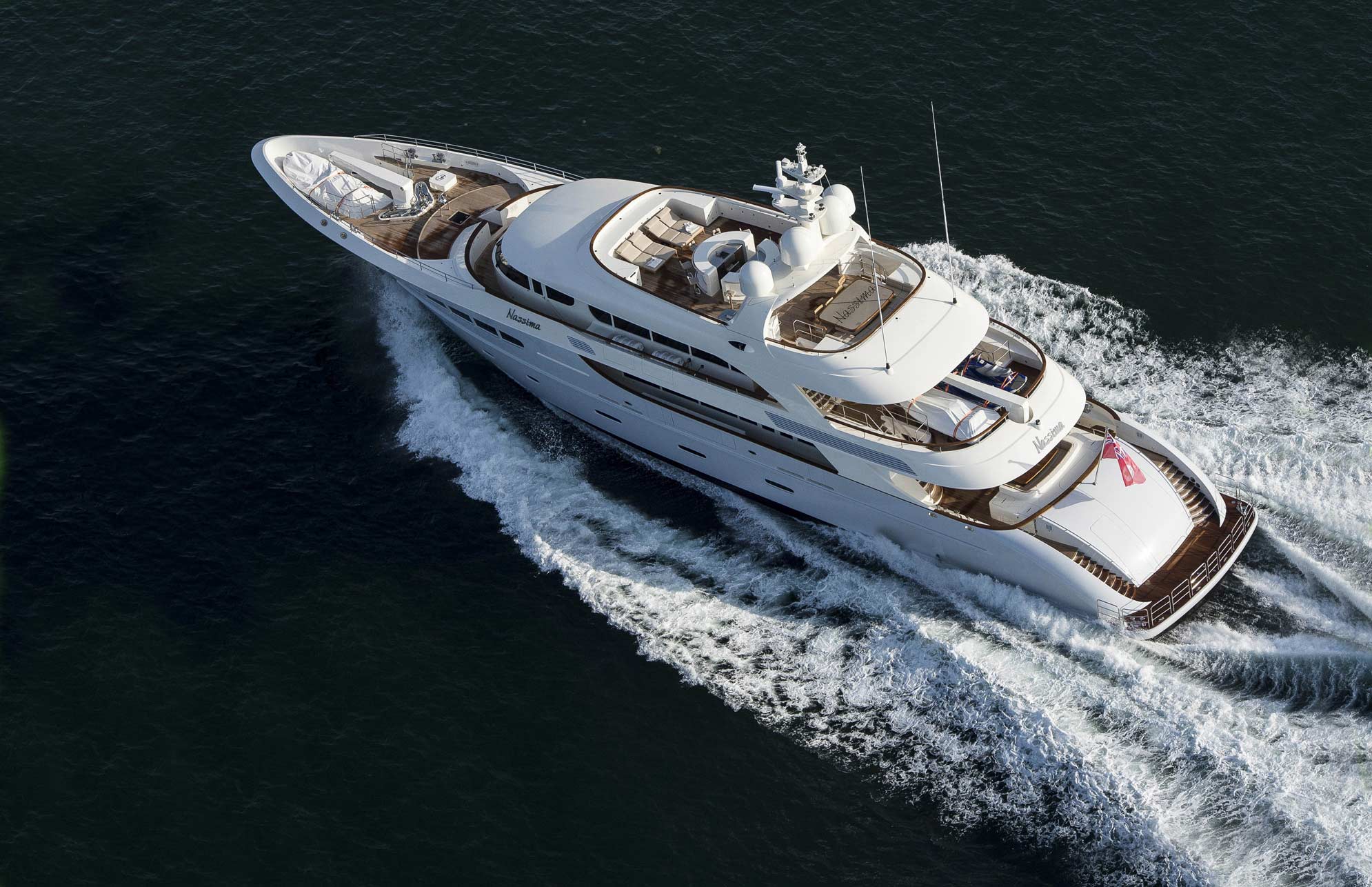 design et al are delighted to announce shortlist success for Olivier van Meer Design in the International Yacht & Aviation Awards 2015. Nassima will compete for the Power Yacht over 40 metres Award.

Nassima is a 49m, twin prop, semi displacement, aluminium, long range motor yacht for luxury cruising and expeditions. The yacht was built by Acico Yachts with Interior Design and Styling by Vdp Studio in collaboration with designer and naval architect Olivier van Meer.

This aluminium three decked motor yacht has a top speed of 18 knots and an economic cruising speed of 14 knots. At a speed of 10 knots she reaches a stunning range and makes her a true ocean voyage yacht. Her classic timeless design by Olivier van Meer features a stern garage for a car as well as two motor cycles, a spacious sundeck and a large sea aquarium on the main deck.

The interior is coherent through the three decks and matches the outside style of the yacht. By having the huge sea aquarium as a division between the saloon and aft deck, the surrounding environment of the sea is brought on deck. The lower deck features a spacious, full beam VIP cabin as well as four twin guest cabins. Adjacent to the wheelhouse there is the captain’s cabin, her crew of 7 are enjoying modern designed cabins and crew mess with a fully independent Galley.

The owner will use ‘Nassima’ for worldwide cruising and extensive live aboard. This concept is a specialty of her designer Olivier van Meer who also managed to create an extreme seaworthy and fuel efficient yacht. Besides the overall design, Olivier van Meer and his team were responsible for the naval architecture, as well as the constructional and technical engineering.