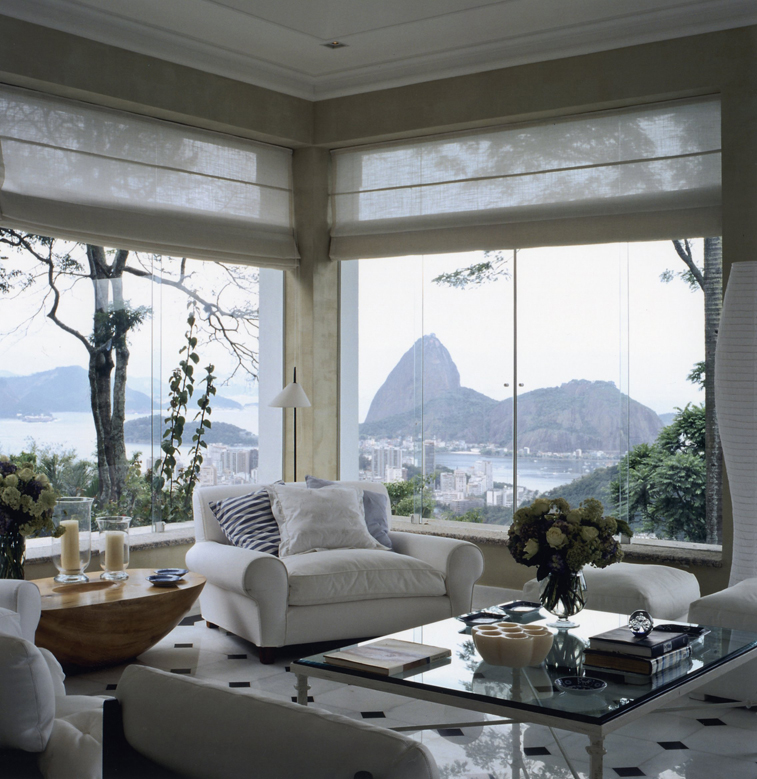 Rosa May Sampaio have been shortlisted for the Living Space – North/ South America award in the International Design & Architecture Awards 2014.

The project is a house in Santa Tereza, Rio de Janeiro on the top of a hill over looking the Guanabara’s bay.

The property itself is a three-story house with outstanding views of Rio de Janeiro and was built built in 1971 in the Portuguese colonial style. This residence had been completely derelict before Rosa May and her team began the full renovation project.

The new design of the property incorporated new designs and additions to the original layout, including two new terraces and an by overhauling the entire design scheme the team brought contemporary touches to the classical look the house already had. The idea was to create a better synergy and connection between the house’s interior and breathtaking exteriors, which features some of the most beautiful vistas in the world. The tones, colors, lighting and contemporary art were important elements in restoring the house’s atmosphere, making the insides as vibrant and beautiful as its surrounding landscape.

The designer’s favorite aspect of the property, is the stunning views of Rio de Janeiro.