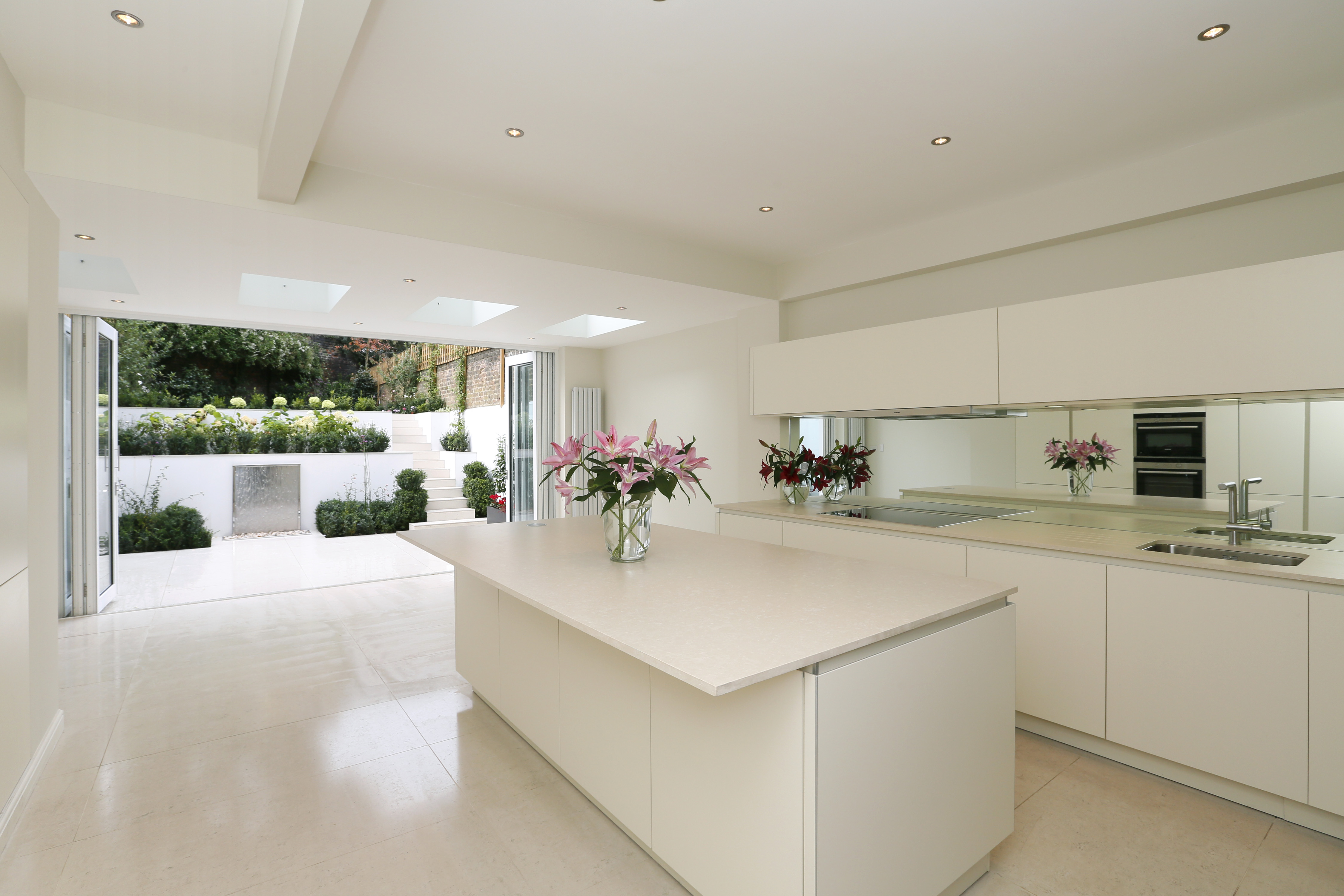 Shortlisted: Spiering & Co for the Kitchen Over £25,000 Award

design et al are delighted to announce that Spiering & Co have been shortlisted for the Kitchen Over £25,000 Award in the ID&A Awards 2014.

The full design brief was to reconvert a Victorian terraced house, which had been split into two flats, back into a single dwelling. Spiering & Co were able to achieve this whilst extending the Lower Ground Floor and redesigning the floor plans of the whole house. The result was to create a contemporary four bedroom family home with a large open plan lower ground floor consisting of a double reception area and kitchen opening out onto a patio for outdoor dining.

This was a renovation project intended to appeal to a broad spectrum of people in the young professional age bracket. The kitchen is often considered the main selling point in a house, so the brief was for a clean contemporary look with a high specification and a feeling of luxury for a price that was cost effective.

It was important that the kitchen included all the items that a family might put on their ‘wish’ list, so large and luxury appliances were integrated into the space. The kitchen island was also central to the design as a place for guests to gather and a further design feature was a mirrored splash back so that the garden could be reflected back into the room. This resulted in a room which was light filled, clean and calm and described as Zen like.

As both a property developers and trained garden designers, this lower ground floor project enabled Spiering & Co to effortlessly include the patio garden as an ‘outside room’ enhancing the feeling of space, light, and luxury.

1200mm square porcelain ‘limestone’ tiles from Capitol Tiles were used, which were echoed in the Silestone worktop of the kitchen. The effect of carrying this out into the patio area created the seamless quality which the designers were looking to achieve.

As a mother/daughter team who specialise in both interior and exterior design work, along with property search and development, Spiering & Co feel they have a unique vantage point. Whilst being design led and design focused they are also acutely aware of the value of their designs and how to enhance properties to add real value rather than just to create visual impact.