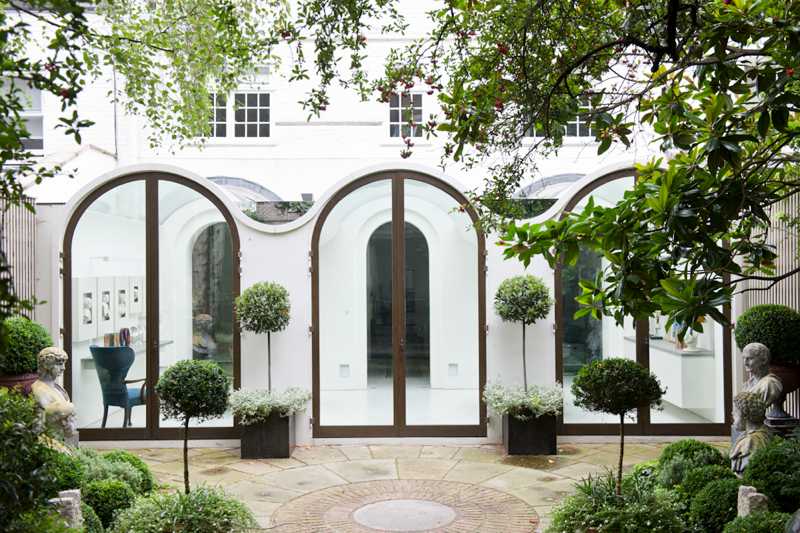 Congratulations to Andy Martin Architects, winner of the Glasshouse over £50,000 Award in The International Design & Architecture Awards 2014

Andy Martin Architects successfully won the ID&A Awards 2014, with their project, ‘The Glass Wave’,  entering the Glasshouse over £50,000 category.

As part of the master plan to redesign a single residency in London W2, AMA were asked to look at the redesign of an existing faux Victorian Conservatory, which was made up of 3 timber framed acrylic glazed barrel vaults.

The solution was to celebrate the existing form by producing the same 3 barrel vaults using more technological and sustainable systems. AMA looked to design a free-formed wave of glass with no visible framing, which would aid to softening the spacial experience and also retain the external formality which Westminster desired.

This design offered double the natural light into the living area than previously. The W2 conservatory has the largest radii of horizontally placed curved glass in the UK.

AMA approached many of the largest manufacturers of curved glass in the UK and internationally, and were rebuffed. The glass had to be double glazed and toughened and then finally coated with a metal oxide to achieve the regulation U-Values.